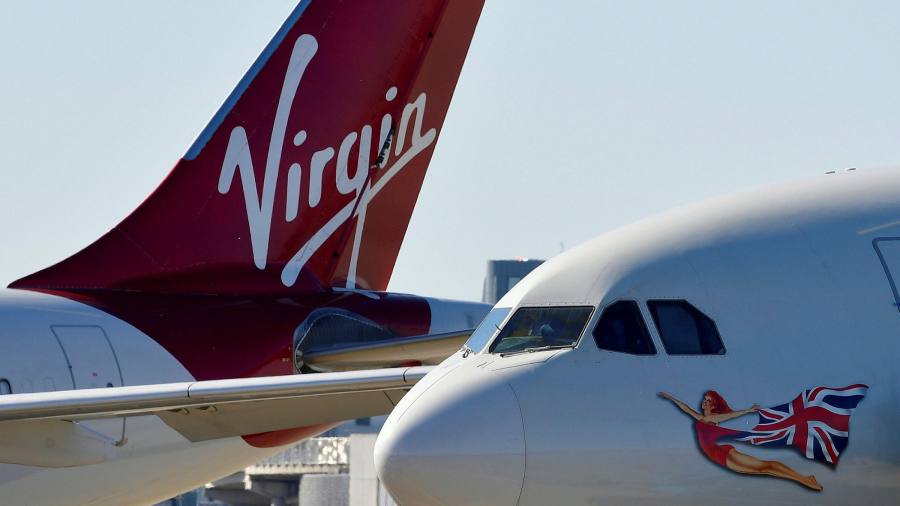 Sir Richard Branson’s Virgin Group is set to pour £100m of new funding into Virgin Atlantic to help the carrier survive until mass travel restarts as the Covid-19 pandemic abates.

The loan from Virgin Group, which owns 51 per cent of the airline, forms part of a £160m support package that is close to being finalised, Virgin Atlantic confirmed. The deal also includes payment deferrals with the company’s creditors.

“We continue to bolster our balance sheet in anticipation of the lifting of international travel restrictions during the second quarter of 2021,” the airline said. The £160m financing will provide “further resilience against a slower revenue recovery” this year, it added.

Like the rest of the industry, Virgin Atlantic has been forced to ground large parts of its fleet as the disruption caused by the pandemic drags into a second year.

The airline’s business model is based on long-haul flying and in particular the lucrative routes between the US and UK, which have been all but closed since March — leaving it desperately exposed during the crisis.

Branson raised eyebrows last year when he asked for government support for his cash-strapped businesses, and unlike rivals including British Airways and easyJet, Virgin did not access UK government funds at the height of the crisis after the government rebuffed an initial request for a bailout.

Instead the airline put together a £1.2bn private sector rescue package last summer including £200m of cash from Virgin Group and £170m of debt funding from US hedge fund Davidson Kempner Capital Management.

That financing was based on a forecast that people would begin to travel again in significant numbers by this Easter, but the earliest the UK’s borders will open for non-essential travel is May 17, while US borders are still closed to many passengers.

The £160m in new financing, first reported by Sky News, follows $230m raised in January through the sale and lease back of two Boeing 787 Dreamliner planes. The airline has also cut £335m in costs since the crisis began, including thousands of jobs.

Even with leisure flying grounded, Virgin has managed to eke out revenue this year from the heavy demand for cargo flights, including sending its heavy jets on the short hop between the UK and Brussels.

The airline is also still operating some passenger flights, and has reported strong demand from the south Asian diaspora in the UK travelling to see friends and relatives in India and Pakistan.