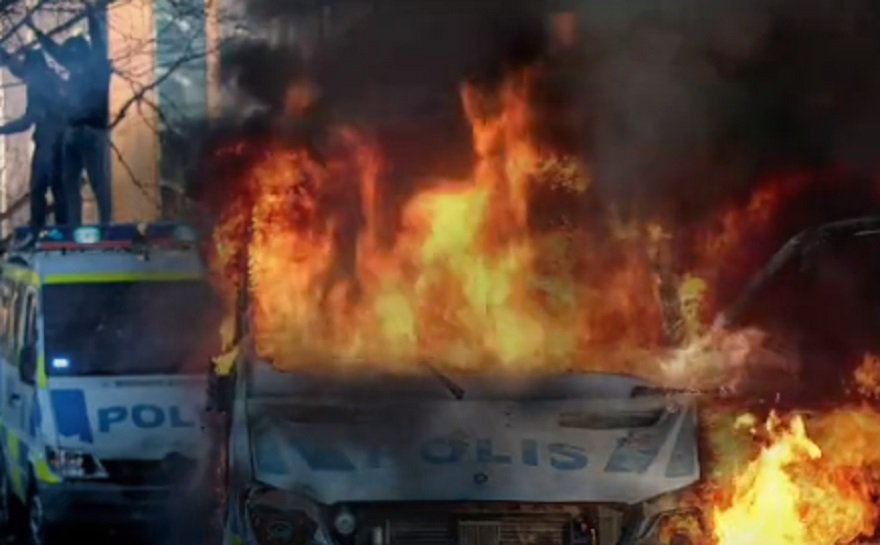 Violent riots have been ongoing in Sweden for several days after a right-wing politician said he was going to burn the Quran and soak it in “pork blood.”

At least 16 police officers have already been injured and four police vehicles were set on fire, according to a report from the BBC.

The political party, Stram Kurs, which translates to “Hard Line,” had intended to conduct the demonstration in Landskrona on Thursday, but it was moved to Malmo after rioters began lighting cars of fire and engaging in violence.

“Local police said in a statement that they fired warning shots after coming under attack and three people were apparently hit by ricochets,” BBC reports.

People of the “religion of peace” are rioting in Sweden. pic.twitter.com/nZOcXR4626

The riots continued through the weekend.

Some of the videos coming out Sweden are really wild

A topic which has been deliberately under emphasised by the press

Led by Danish-Swedish Rasmus Paludan, the group was planning to hold another demonstration in Norrköping on Sunday.

Stram Kurs had received permission from police to hold their anti-Islam demonstrations — which is considered protected free speech in the nation.

“We live in a democratic society and one of the most important tasks of the police is to ensure that people can use their constitutionally protected rights to demonstrate and express their opinions,” Sweden’s National Police Chief Anders Thornberg said in a statement about the riots. “The police do not get to choose who has this right, but must always intervene in case of violation.”

You’re watching a 3rd night of rioting now in Sweden, against a far-right anti Islam party, that’s burning copies of the Koran all over the country. Solidarity with the Muslim community. The way we stop fascism is to take control of our streets. #Antifa pic.twitter.com/bRUNP61gTg

Thornberg also said that the rioters had shown an “indifference” to the lives of police officers, adding: “We have seen violent riots before. But this is something else.”

At least 17 rioters had been arrested as of Sunday.

BBC noted that Paludan was jailed for a month in 2020 for “crimes” including “racism” in Denmark and has attempted to plan similar burnings of the Quran in other European countries, including France and Belgium.