Vikings’ 22 Schedule: Opener With GB, NO In London, NE On Thanksgiving 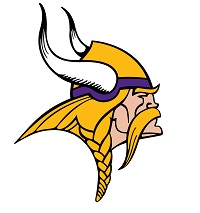 A division rivalry game at home will open the 2022 season for the Minnesota Vikings.

NFL schedules were fully revealed Thursday, and the Vikings will open at U.S. Bank Stadium in Minneapolis on Sunday, September 11 against the Green Bay Packers in the first regular season game for new head coach Kevin O’Connell.

“Expecting to have an unbelievable crowd there,” O’Connell told the Vikings’ website. “I’ve talked a lot about being on that visitor’s sideline, so I know what the Packers will be in store for on opening weekend. I expect to see a stadium full of purple. It’s a great opportunity for us and a challenge.

“What a way to start your season — a challenge but also a great way to kick-start what is hopefully going to be a great 2022.”

-the Associated Press contributed to this report-