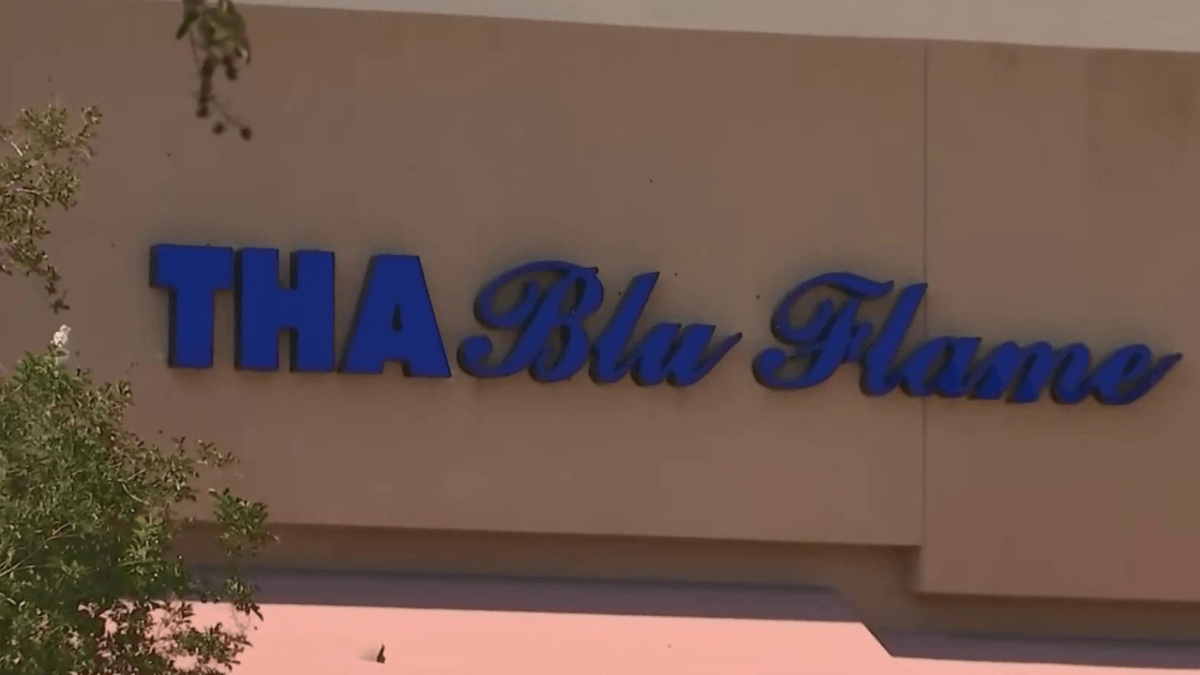 The parking lot in front of “Tha Blu Flame” lounge in Highland was littered with evidence markers as police continue searching for those responsible in the shooting that left one dead and eight others injured.

A small vigil was set up outside for 20-year-old Allen Gresham junior.

Gresham, police say was killed and eight others injured in a shooting that started inside the lounge.

Videos were posted on social media showing the screams and chaos as the gunfire erupted. San Bernardino police tell NBC4 that they are looking at the videos on social media as part of its investigation as they search for the shooters.

Across the street at the 7-Eleven, surveillance cameras capture people running from the gunfire.

“I was told there were some kids here from Pacific High School, there were minors as young as 12, adults here 21 and older,” said San Bernardino city commissioner Deana Cervantez, who had parents calling her, desperate for information.

“I had a mom and a grandpa, I had a lot of moms, and aunts and cousins crying, ‘hey my kids car, the cars here, but i haven’t heard from them since last night. I know they were here because their cars here’ you know, ‘where are they? nobody’s telling us anything’.”

San Bernardino police say an argument between two people inside “Tha Blu Flame” on North Palm and Highland avenues led to a shootout between at least two people that continued outside.

Greshman was found in the parking lot. Police say it was a gathering of about 100 people,.many of the victims were caught in the crossfire this morning, officials red tagged the business describing it as an unpermitted restaurant possibly using propane to cook with.