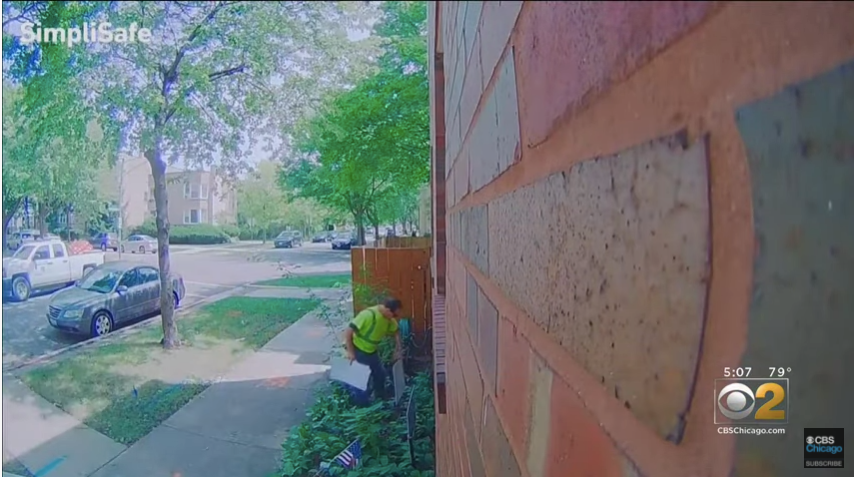 Hepburn, who told the outlet that he’d had the sign up in his yard for months without issue, claims the man tied a sign to a tree before yanking up his yard sign. CBS 2 went out to the area and found a “No Parking” sign in the work zone, as well as a city truck and employees in the area. The outlet says workers told them they were doing sewer cleaning. No one knew about the sign removal. Still, Hepburn wants accountability.

“I have been working with various city departments throughout the day in an attempt to identify the individual in the video and which department they may work. It is believed the individual is connected with the Department of Water Management (DWM) either as an employee or as a contractor,” a statement from Alderman Samantha Nugent’s reads in part, as sent to CBS 2. The statement stresses that the DWM is working to identify the worker and refer the issue to the Office of Inspector General for investigation.

The city’s water department sent a statement to the outlet saying the worker’s behavior goes against the values of the city and that the department does not tolerate misconduct from employees.

Of course, this is far from the first time Black Lives Matter signs have made headlines due to people’s vehement racism. While people should be able to put these signs—as well as LGBTQ+ Pride flags and so on—up in their homes, classrooms, businesses, for example, we all know that some people can’t control their hate.

For example, as Daily Kos covered at the time, a Florida high school teacher who refused to remove her Black Lives Matter sign from her class was then banned from the classroom and sent to sit in a school warehouse. An entire school district in Oregon actually recently banned both Black Lives Matter and Pride flags, describing them as “divisive.” Several months ago, a video went viral depicting a man destroying Black Lives Matter signs and a memorial for George Floyd in Minneapolis, Minnesota.

There’s nothing divisive about inclusivity, but people’s hate sure goes a long way in creating harm, distrust, and fear.

You can watch the video interview with Hepburn below.