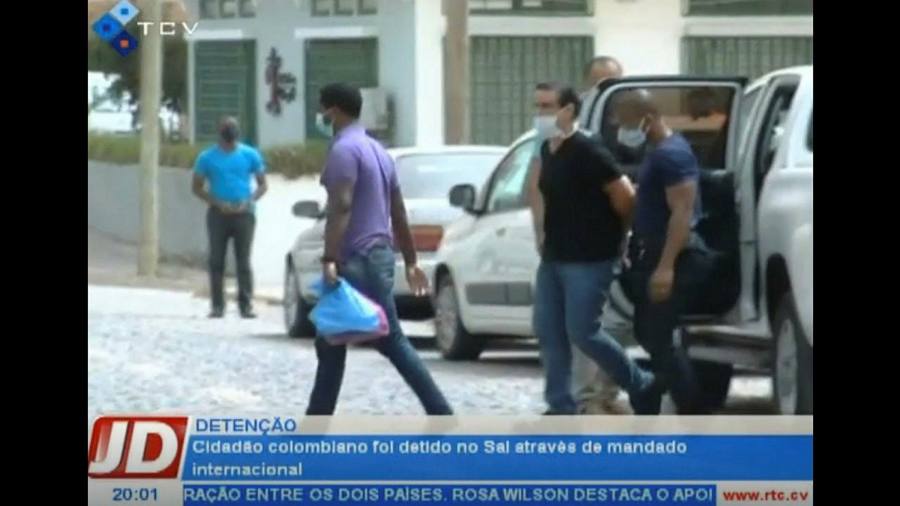 The Venezuelan government is using fake Twitter accounts to sway public opinion and stop authorities in the West African islands of Cape Verde from extraditing its chief dealmaker to the US, according to an intelligence analysis.

The report, a copy of which was passed to the Financial Times, analysed more than half a million Twitter posts related to Alex Saab, a Colombian citizen accused by Washington of running illicit fuel and gold trading schemes to help Nicolás Maduro’s government evade sanctions.

The Maduro regime, it concluded, “and/or its proxies (witting or unwitting) are involved in a co-ordinated campaign to influence both the government of Cabo Verde and its population to obstruct Alex Saab’s extradition”.

Saab was detained in Cape Verde, also known as Cabo Verde, last June on a US arrest warrant when his private jet landed to refuel. The Maduro government said he was on a humanitarian mission to secure food and medical equipment to combat coronavirus. The US and the Venezuelan opposition said he was going to Iran, probably to secure supplies of fuel in defiance of US sanctions.

Saab has been held on the islands since then while the courts consider a US extradition request. Washington hopes Saab will provide valuable information about the inner workings of the Maduro government. It accuses him of helping the regime import petrol from Iran, buy state-subsidised food in Mexico and export illegally mined Venezuelan gold to Turkey and the United Arab Emirates while channelling money through a web of companies in Panama, Hong Kong and elsewhere.

Neither Saab’s lawyers nor the Venezuelan government responded to a request for comment.

Caracas has made a concerted effort to try to ensure Saab is sent back to Venezuela. The Maduro government wants him set free because it claims he has diplomatic status as a “special envoy” from Venezuela to Iran, while the US state department says there is no basis for him to claim immunity.

The intelligence report, passed to the Venezuelan opposition, examined 547,000 tweets related to Saab’s case published in Africa and South America from October 2020 to February 2021.

“Our analysis suggests that there has been an increasing effort, organised (at least in part) by the Maduro regime . . . to direct pressure towards the government of Cabo Verde regarding the judicial decisions issued in Saab’s extradition case,” it concluded.

The study identified two groups of suspicious Twitter accounts. Those in the first group were all set up last October. Their owners tweeted extensively about Saab and then fell silent by November 3. Five of the accounts tweeted about Saab more than 800 times over the span of just a few weeks.

The second group contained 86 accounts, all set up between December and February, that published identical content about Saab’s case. None of them included a banner picture or profile biography and some of them shared the same profile photograph. Most of them had no followers and did not follow other accounts.

The report concluded that the evidence suggested “a co-ordinated effort designed to pressure the government of Cabo Verde into releasing Saab” and said agents of the Maduro regime appeared to be “both progenitors and active participants in this campaign”.

Pro-Saab Twitter traffic had increased since the new year and “the primer driver of that increase appears to be the deployment of Nigeria-based social media influencers”, the analysis said.

Saab has had close links to Venezuela for years. In 2011 he signed a joint venture contract as head of a Colombian company to build prefabricated houses in Venezuela. The US Department of Justice says he and his company never fulfilled the contract. “[They] transferred approximately $350m out of Venezuela, through the United States, to overseas accounts they owned or controlled,” it said in 2019.

The US Treasury says Saab laundered the profits from a Venezuelan government scheme to import food “through a sophisticated network of shell companies, business partners and family members”.

Saab’s defence team, which includes high-profile Spanish lawyer Baltasar Garzón, has complained that he has been held in inhumane conditions in Cape Verde and his health has deteriorated. In late January he was granted house arrest.

Human ancestors: Males may have lost their extra-large canine teeth at least 4.5 million years ago as they became less aggressive