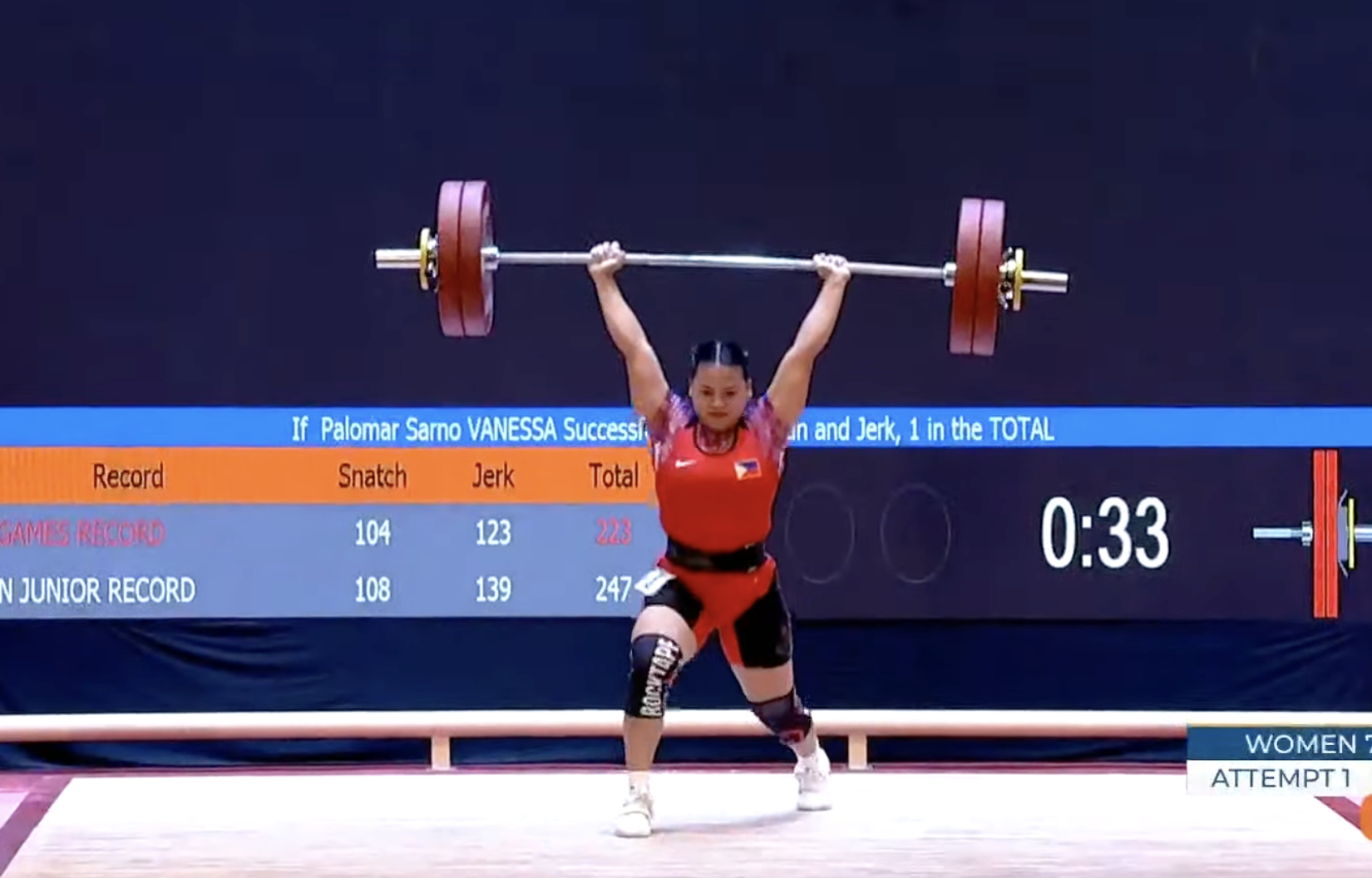 HANOI — Vanessa Sarno showed why she’s being considered in the Paris Olympics. Her numbers were way too much for just the Southeast Asian Games gold she won on Saturday.

The 18-year-old Sarno, who hails from Bohol, carried a total of 239 kilograms on a 104kg (snatch) and 135kg (clean and jerk) lifts to give the Philippines the women’s 71kg title in the 31st Southeast Asian Games at Hanoi Sports Palace.

That was way up the previous SEA Games marks of 123 in clean and jerk, and 227 total.

“Thank you very much to all who believed in me,” said an emotional Sarno in Filipino. “I know that I can do it because we had a great training camp (at Rizal Memorial Sports Complex). When I got the snatch, I know I will win the jerk.”

Now she’s thinking of joining all the qualifying event for Paris 2024 and pursue the seeds of ambition that Hidilyn Diaz planted on her.

“She (Hidilyn) said in sports your life will change (for the better),” said Sarno thanking the Philippine Sports Commission and the MVP Sports. “This is it. I won the SEA Games. Thank to those who supported me.”

“This is the face of the future,” said Samahang Weighlifting sa Pilipinas president Monico Puentevella of Sarno who defeated Khaipandung Siriyakorn of Thailand (103-120-223) and Restu Angi of Indonesia (92-120-212).

Meantime, Sarno said she wants to hug her family after spending a month in training camp. “I just want to enjoy this,” she said.

Earlier, Puentevella was fuming over the loss of Olympian Elreen Ando in the women’s 64-kilogram which he said was caused by miscommunication.

Thi Hong Thanh Pham, the defending champion, pulled off a bluff in their clean and jerk when she hiked her weight from 120kg to 130kg. That prompted the Filipino to immediately get back to the stage for 130kg after a fail at 125kg.

The 23-year-old from Cebu staggered back while putting on her support belt. She failed at 130kg. Thanh Pham then re-adjusted to 126kg to handily win the gold medal with the Games record total of 230 (104-126).

“She doesn’t have to hurry, she still enough time,” said Puentevella. The scenario harked back to the 2019 edition when Ando ran out of time in losing to, incidentally, the same Vietnamese.