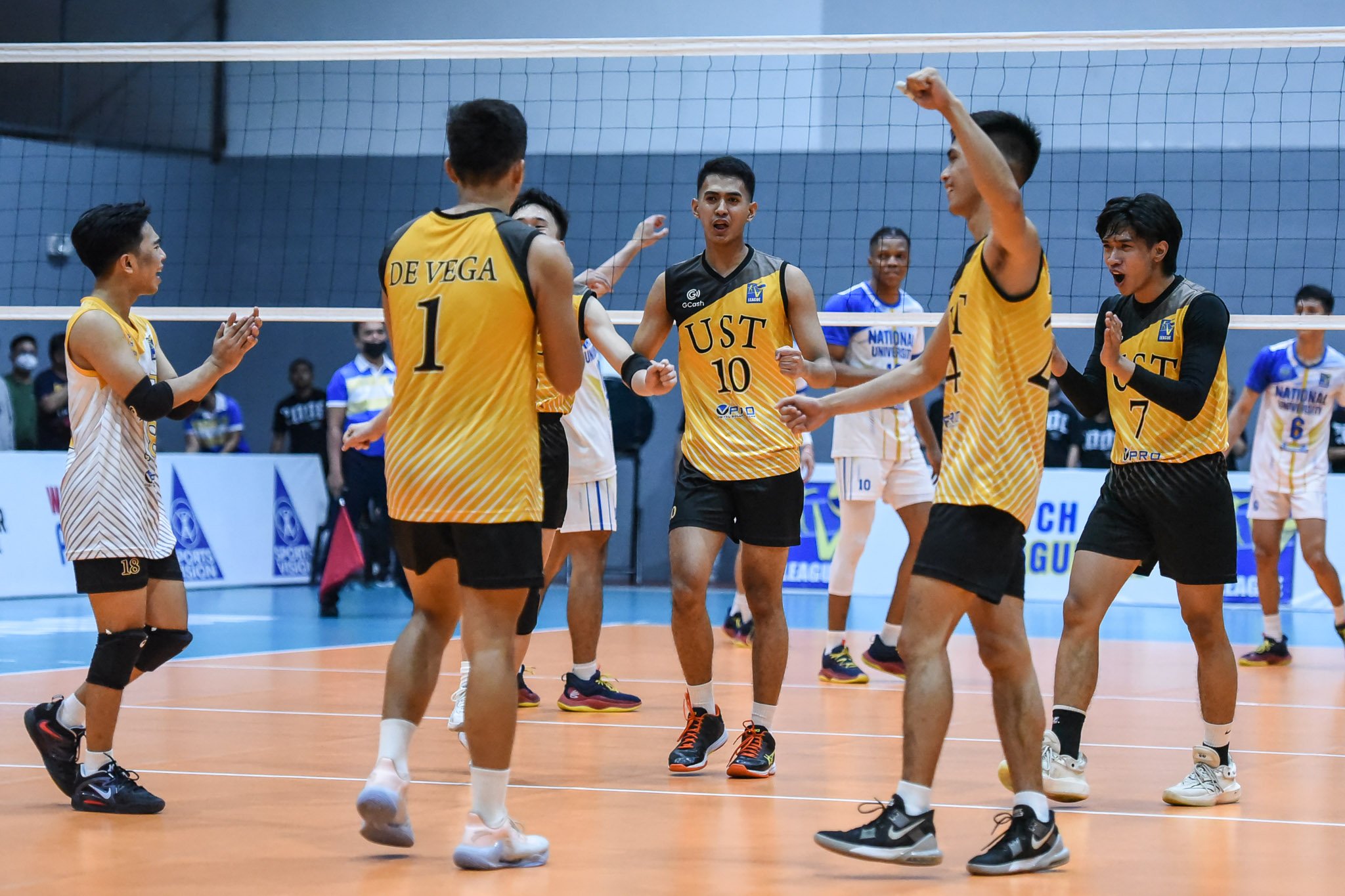 “Take every chance as a learning experience. Learn by yourselves, you can identify what is effective and keep on doing it. Determine your shortcomings and improve them,” UST head coach Odjie Mamon said, sharing what he told his wards after NU zoomed to a 2-0 set lead.

“I told them to focus on learning when we were down,” he added.

After UST bounced back with back-to-back set wins of their own, the Tiger Spikers kept the momentum of that big surge and led, 9-5, in the decider then padded it to 12-7 on an Ybañez’s kill.

The Bulldogs answered back with a four-point binge to threaten within one but De Vega scored from the back row and Ybañez converted an ace to push UST at match point.

Michael Buddin scored off a ball touch to keep the Bulldogs in the hunt but Edlyn Paul Colinares foiled him in NU’s ensuing offense to cap the Tiger Spikers’ improbable comeback against a squad that toppled the seasoned teams in the recent Spikers’ Turf.