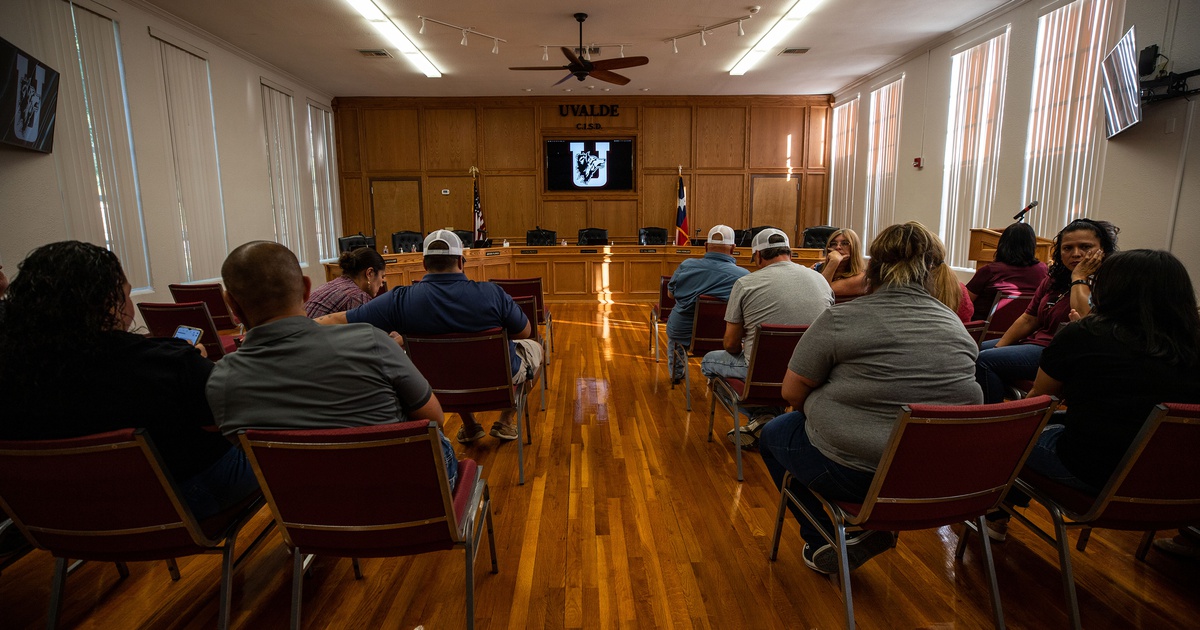 The Uvalde Consolidated Independent School District board took no action Friday evening against its embattled police chief, Pete Arredondo, in a special board meeting called in response to last week’s mass shooting at Robb Elementary School.

As incident commander, Arredondo made the decision to wait more than an hour for backup instead of ordering officers at the scene to immediately confront the shooter who killed 19 students and two teachers. The head of the state police later said this was the “wrong decision, period.”

Many residents had called on Arredondo to quit or be sacked, saying decisive action could have potentially saved lives. Although the agenda for Friday’s meeting allowed the board to terminate Arredondo, the board declined to do so.

Superintendent Bob Harrell said he is eager for several concurrent investigations, including ones by Uvalde County’s district attorney and federal Department of Justice, to run their course. But he told the 25 residents in attendance that he had no additional information to provide, other than reassuring parents that children would never return to Robb.

Just two residents signed up to speak at the meeting. Dawn Pointevent said her 7-year-old son, who was due to attend Robb next year, is now “deathly afraid” of going to school.

After the brief meeting, parent Angela Turner said she was disappointed the board did not fire Arredondo and did not discuss how the district would improve safety at schools.

Arredondo did not attend the meeting. He has gone to great lengths to avoid the public eye since the shooting. Last week he took the oath of office for the City Council, an additional position he was elected to last month, in a secret ceremony. Police officers have also guarded his home and workplace.

Arredondo, 50, was hired to lead the small school district police force in 2020. It has grown to a half-dozen officers, whose duties include providing security at campuses, staffing sporting events and narcotics work.

A career lawman who grew up in Uvalde and graduated from its high school in 1990, Arredondo previously spent 12 years in Laredo with the Webb County Sheriff’s Office and the United ISD Police Department.