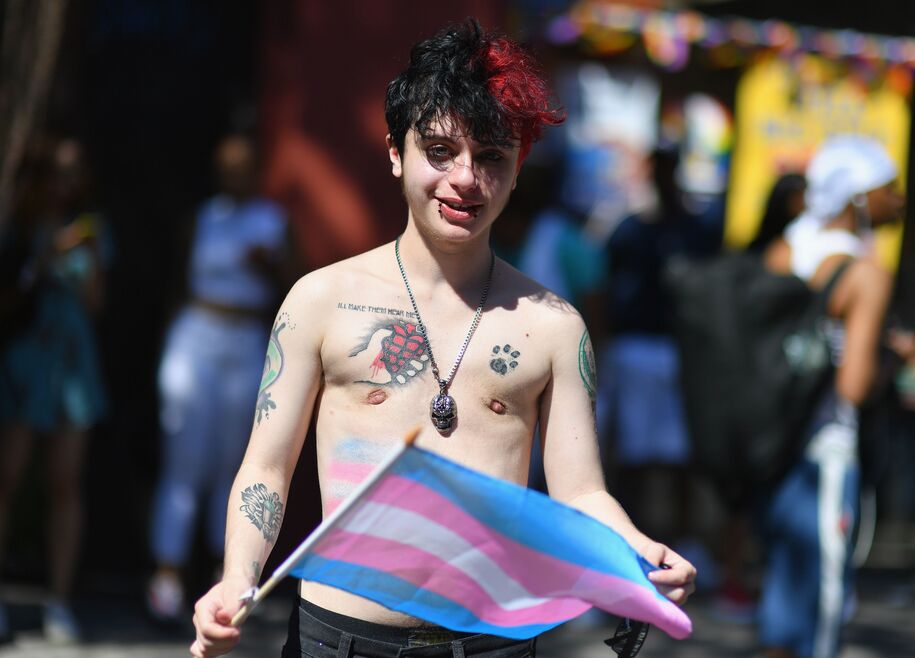 And if schools don’t comply? They’re in for a world of headaches. According to the bill, students who believe they lost an opportunity or feel otherwise harmed by trans youth getting an opportunity could sue the school for damages. So, in theory, if a cisgender female student didn’t earn a spot on the girl’s soccer team, but a trans girl did, the student would have grounds to sue the school over it. Even though, as we know, a norm in sports is that not everyone makes the team … But not everyone sues over it.

Republican Rep. Kera Birkeland, who sponsored the bill, said some cisgender female students have been concerned about competing against trans girls. In speaking to The Salt Lake Tribune, Birklenand argued: “They aren’t physically the same as a boy and don’t come to that same physicality as naturally.” She added to the outlet: “So to me, we’ve got to address this issue.”

Here’s the thing, though: Trans girls aren’t boys. They are girls. Are these issues complex and nuanced? Certainly. But solutions can only be found when people accept the fundamental reality that trans folks—including transgender youth— are valid. Trans boys are boys. Non-binary folks are non-binary. Agender folks are, in fact, agender. And so on and so forth.

Local outlet KUTV, in covering this same story at the time of writing, opened with the lead sentence: “House Bill 302, sponsored by freshman lawmaker Kera Birkeland (R-Morgan) seeks to keep male athletes from playing in sports designated for women.” What’s notable about that? These are not “male athletes.” Were they assigned male at birth? Most likely, yes. But these are girls. Transgender girls. Transgender young women. Teenage girls. Trans youth. Not males. That’s why they want to—and should have every right to—play on the girls’ team, with other girls. Language is evolving, and it’s up to all of us to lean on the side of progress.

You can check out a helpful explainer video on H.B. 302 below, courtesy of Equality Utah via YouTube.