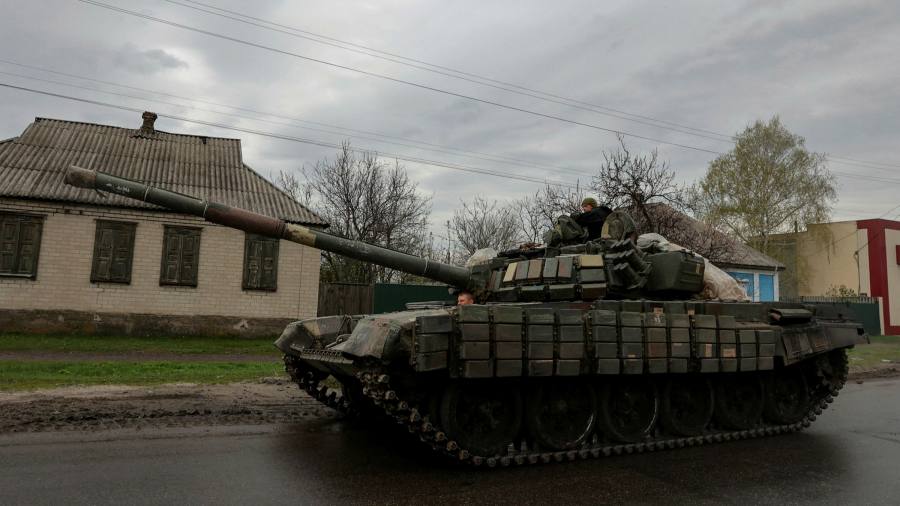 The US said it would send more artillery to Ukraine to help it repel a renewed military offensive by Russia, which is pouring thousands of extra troops into the south and east of the country as it gears up for the next phase of the nearly eight-week-long invasion.

Joe Biden, US president, made the announcement during a visit to New Hampshire on Tuesday, responding “yes” when asked by reporters whether the Pentagon would send more artillery.

Jen Psaki, White House press secretary. said Biden had discussed providing more ammunition and security assistance on a call on Tuesday with allies, including the leaders of Canada, France, Germany, Japan, Italy, Poland, Romania and the UK. The leaders of the European Council, Nato and the European Commission also took part.

“If we had access to all the weapons we need, which our partners have and which are comparable to the weapons used by Russia, we would have already ended this war,” Zelensky added in an evening address on Tuesday.

Biden’s promise to send more artillery was not matched by some other western allies, notably German chancellor Olaf Scholz, who has come under mounting domestic pressure to supply and tanks and armoured personnel carriers to Ukraine as it braces for renewed Russian onslaught.

On Tuesday Russia confirmed it had begun its offensive in the Donbas region, with foreign minister Sergei Lavrov declaring that Moscow wants to “fully liberate the Donetsk and Luhansk republics” — two Ukrainian separatist-held territories that lay claim to the entire Donbas. Zelensky said the renewed assault had commenced on Monday evening.

However, the US offered a more nuanced assessment, with a senior US defence official saying that Russia was carrying out “limited” operations in eastern Ukraine that were “preludes to larger offensive operations”.

“While there are these ground battles, they are still continuing to add to their enablers, logistics and sustainment capability,” the official said.

Although Russian president Vladimir Putin claims that the aim of Moscow’s invasion is to take over the Donbas, Ukrainian officials worry the new offensive could precede attempts to capture territory in the rest of the country.

Russia is trying to learn the lessons of its failures in Kyiv, when it quickly ran out of supplies. It has moved thousands of troops to southern and eastern Ukraine, including two more battalion tactical groups in the past 24 hours. The US assesses Putin has about 75 per cent of Russia’s pre-invasion combat power available to him, the senior official said.

As the battle for Mariupol grinds on, the Pentagon has said the town is still contested. If Russia is successful in taking Mariupol, that would free up thousands more troops to fight in the Donbas, the official said.