US to offer temporary protected status to Myanmar nationals 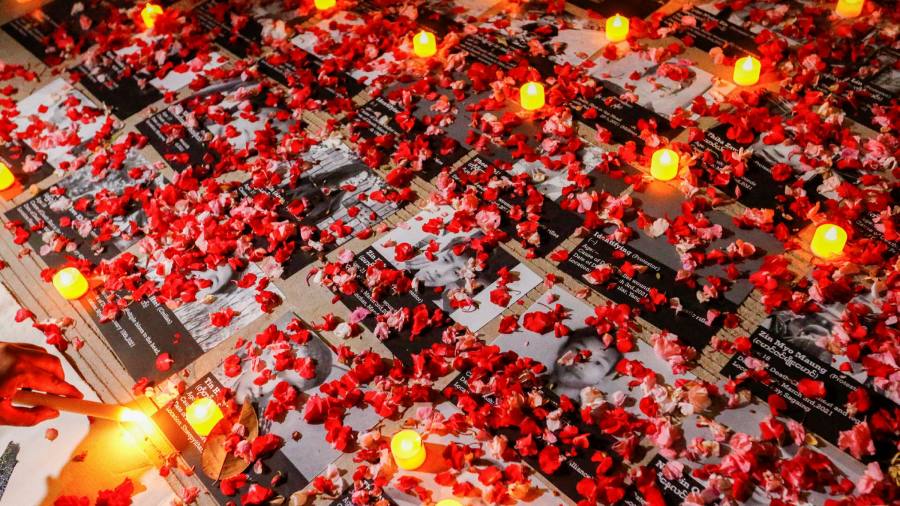 The Biden administration has agreed to offer temporary protected status to Myanmar nationals living in the US, including several diplomats, in an escalation of its response to the military coup, according to two senior officials.

The decision from the Department of Homeland Security would give about 1,600 citizens of the south-east Asian country protected status for 18 months, according to the officials. Temporary protected status allows undocumented nationals whose home countries are unsafe the right to live and work in the US.

The Biden administration is seeking to intensify pressure on Min Aung Hlaing’s junta, whose security forces have killed at least 70 peaceful protesters since it seized power on February 1, according to the UN.

Washington’s decision to give sanctuary to diplomats comes after divisions in Myanmar’s foreign service, which saw several officials, including the country’s ambassadors to the UN and UK, denounce the coup and declare loyalty to Aung San Suu Kyi’s deposed government.

Myanmar’s Washington embassy earlier this month published a statement saying that it was “deeply saddened” by the deaths of protesters, and voicing “strong opposition and rejection” of the use of lethal force. Maung Maung Latt resigned his post as the US embassy’s first secretary following the coup.

State-owned MOGE is not controlled by the military, but campaigners want the proceeds from its Yadana offshore gas project, operated by Total in partnership with Chevron, Thailand’s PTT, withheld until the junta leaves power.

US officials told the Financial Times they have already discussed the implications of Biden’s new sanctions regime with the US business community, but declined to comment on any future measures.

“We have every intent of continuing to increase pressure on the military’s revenue flows and the ill-gotten wealth of the military leadership until we see a positive change,” a senior administration official said.

Workers in Myanmar from Chevron and Total are among the protesters who have joined a mass civil disobedience movement that aims to paralyse the government and economy, with the ultimate goal of unseating the military regime.

Some protesters have held up banners calling on both companies to “stop feeding the coup”, according to pictures and film footage seen by the FT.

Chevron said it condemned human rights abuses and supported Myanmar’s people “on their journey to a modern, peaceful, and prosperous democracy”.

When asked about the possibility of sanctions, the US company said: “While we don’t speculate on potential future actions, Chevron will comply with all applicable laws, including but not limited to the US Foreign Corrupt Practices Act, all applicable anti-bribery laws, and economic sanctions.”

Total declined to comment on the possibility of sanctions on MOGE. The company referred the FT to a statement it made after the coup about its commitment to “a business environment that respects human rights”.

However, industry executives privately raised questions about the practical implications of sanctioning the Yadana project, which supplies 50 per cent of the gas used to generate electricity in Yangon, Myanmar’s largest city.

The latest US moves come amid a growing international outcry about the junta’s violence against civilians, including teenagers. Amnesty International this week accused the regime of using “tactics and weapons normally seen on the battlefield” against unarmed urban protesters.

Joe Biden also raised co-ordinating responses to the crisis in Myanmar with the leaders of Australia, Japan and India in a meeting on Friday, according to officials.

The UN Security Council this week endorsed a statement condemning the use of violence and voicing “deep concern” at restrictions the regime was putting on medical staff, civil society, labour unions and journalists.

The statement took seasoned diplomatic observers by surprise because China and Russia endorsed it.

“What this text really does is signal to the generals that they don’t have China’s unconditional backing in New York, and if they ratchet up violence further, they are likely to face more condemnations at the UN,” said Richard Gowan, a UN expert at the International Crisis Group.