US threatens to ‘take action’ against China over Hong Kong law 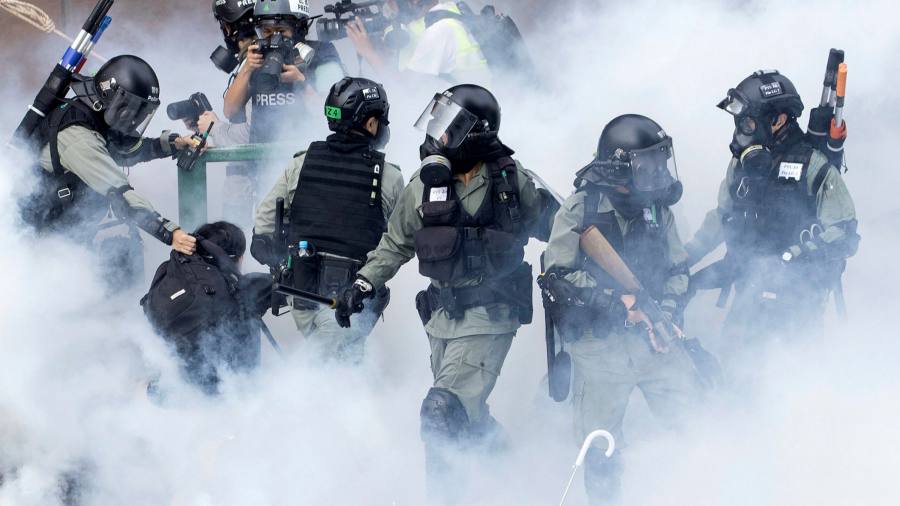 As China prepares on Thursday to pass a law that will quash democracy in Hong Kong, America’s top diplomat has warned Beijing that Washington will hold it accountable for “egregious” acts in the territory.

Testifying before Congress on Wednesday, Antony Blinken, the secretary of state, told lawmakers that the Biden administration would continue to “speak out and take action against egregious violations of democracy and human rights in Hong Kong”.

On Thursday, China’s rubber-stamp parliament is expected to pass a law that will sharply dilute the proportion of democratically elected lawmakers in the territory. The move will follow the passage last year of national security legislation that paved the way for a broad crackdown on the pro-democracy moment in Hong Kong.

Blinken said the Biden administration would “follow through on sanctions . . . against those responsible for committing repressive acts in Hong Kong”. He said it would also remind US companies that there were already “sanctions on the books that they need to be mindful of if they are operating in Hong Kong”.

The warning was issued a week before Blinken and Jake Sullivan, the national security adviser, are due to meet Yang Jiechi, China’s top foreign policy official, and Wang Yi, the foreign minister, for talks in Alaska.

President Joe Biden on Friday will also convene a meeting of the Quad — the US, Japan, India and Australia — as part of a US effort to counter China.

“US officials at all levels must raise concerns about Hong Kong directly with their counterparts,” said Carolyn Bartholomew, chairman of the US-China Economic and Security Review Commission, which was set up by Congress.

Bartholomew urged Biden to push for the release of jailed pro-democracy activists and find ways — via visas or asylum — to help Hong Kong citizens fleeing “political persecution”. She said his administration should take advantage of tools created by Congress and consider expanding the use of sanctions.

Andy Kim, a New Jersey Democratic lawmaker whose wife fled Hong Kong before the 1997 handover to China, said he would not rule out sanctions. But he said they were like “a nail without the hammer” given China’s economic power, unless they were part of a broader strategy with US allies.

“We should be trying to get other countries on the record this week and really showcase that this is a moment where we cannot have timid voices,” he said.

Kurt Tong, a former US consul general in Hong Kong, said sanctions were “inevitable” but agreed that they would have little impact as Chinese officials had no assets in the US and were promoted after being targeted.

“You can even argue that sanctions just solidify China’s position on Hong Kong because they reinforce Beijing’s false narrative that everything happening in Hong Kong that China doesn’t like has been orchestrated by foreign powers,” said Tong, now at The Asia Group, a consultancy.

Ryan Hass, author of Stronger, a book about US policy towards China, said the US had to recognise that there was “no silver bullet”.

“The US is going to have to play a long game and work with allies and partners to send a consistent message over the course of years,” he said. “China’s bet is that the US and others will lose interest and accept as a fait accompli that Beijing has made these aggressive moves on Hong Kong.”

But he also said the US could in the short-term consider following the lead of the UK and Canada by creating pathways for Hong Kong citizens who want to flee Beijing’s crackdown.

Democrats and Republicans in the House and Senate have introduced bills that would raise the priority of Hong Kong citizens in the refugee application process.

Biden has taken a tough rhetorical stance towards China, including in his first call with President Xi Jinping. But Adam Nelson, an Asia expert at the National Democratic Institute, said China was not afraid of “finger-wagging” but worried about “losing business, prestige and respect”.

“That is where the Biden administration can really make a difference, by bolstering allies in the region who are already tough on China as well as nudging more soft-spoken allies to raise pressure on Beijing through unified, sustained pressure,” Nelson said. “That includes speaking up, sanctions and sanctuary support for Hong Kongers.”

Sophie Richardson, China director at Human Rights Watch, applauded the administration for talking tough on China, which was putting “a stake through the heart” of democracy in Hong Kong. But she said it had to match the rhetoric with tough action.

“You have heard the Biden administration say that they stand with the people of Hong Kong,” Richardson said. “That is an important statement to make, but it needs to be turned into visible policy.”