US targets Chinese and HK officials for undermining city’s autonomy 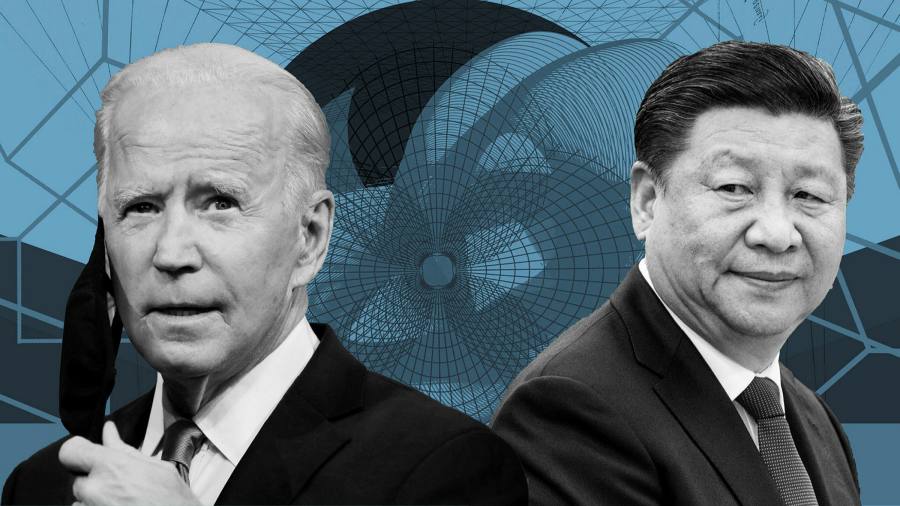 The Biden administration has accused two dozen Chinese and Hong Kong officials of undermining autonomy in the territory, signalling it would maintain its tough stance towards Beijing ahead of its first high-level meeting with the rival power.

Antony Blinken, secretary of state, said the US had identified 24 officials whose actions had “reduced Hong Kong’s high degree of autonomy” after China passed an election law for the city last week.

The move subjects the officials to sanctions under the Hong Kong Autonomy Act introduced by the previous US administration.

Blinken warned that any financial institutions that did significant business with the officials would also be subject to sanctions. The move expands the number of officials from 10 singled out by the Trump administration.

The decision illustrates President Joe Biden’s commitment to maintaining the tough US approach towards China adopted by Donald Trump. In his first call with Chinese president Xi Jinping, Biden made clear that he would hold Beijing to account for unfair economic practices and human rights abuses.

The electoral law passed by the National People’s Congress, the country’s rubber-stamp parliament, dilutes the proportion of democratically elected lawmakers in Hong Kong and subjects all electoral candidates to a strict vetting process. The measure is the latest attempt by Beijing to crack down on the pro-democracy movement in the Asian financial hub after months of sometimes violent protests in 2019.

“This action further undermines the high degree of autonomy promised to people in Hong Kong and denies Hong Kongers a voice in their own governance, a move that the UK has declared to be a breach of the Sino-British Joint Declaration,” Blinken said.

The US and UK said the law undermined China’s pledge of autonomy for the former British colony that was supposed to be guaranteed for 50 years after the 1997 handover to Beijing under the “one country, two systems” model.

The state department provided Congress with the two dozen names as part of a requirement under the act.

The list includes 14 vice-chairs of the NPC Standing Committee, a group of senior officials that enacted the law and Hong Kong police officials. The US has previously imposed sanctions on many of them under separate directives.

“The US stands united with our allies and partners in speaking out for the rights and freedoms of people in Hong Kong, and we will respond when the PRC fails to meet its obligations,” Blinken added.

Senior US officials on Tuesday said Blinken and Sullivan would make clear that Washington would continue to criticise China’s actions in Hong Kong, in addition to its repression of Uighurs in Xinjiang and its increasingly aggressive military activity near Taiwan.

Bonnie Glaser, a China expert at the Center for Strategic and International Studies think-tank, said the move was “further evidence” of the emphasis that Biden was placing on human rights and democratic values.

“In advance of the meeting with senior Chinese officials in Anchorage, Biden officials are sending strong signals to China about American interests and its willingness to protect them,” Glaser said.

The EU is also considering imposing sanctions on Chinese officials over human rights violations and actions in Hong Kong.

China has warned against any retaliation over the electoral law and urged countries to stop interfering in its internal affairs.

US sanctions have presented a dilemma for foreign financial services companies in Hong Kong as Beijing has signalled its hostility towards compliance.

China last year passed a draconian national security law on Hong Kong that made it an offence to “conspire” with a foreign country to impose sanctions on Hong Kong. Li Zhanshu, chairman of the NPC Standing Committee, last week said it was upgrading its “legal toolkit” to deal with US sanctions.

Nicholas Turner of law firm Steptoe, who advises on compliance issues, said while banks had already cut ties with those who had previously been sanctioned over Hong Kong, “this is just adding a layer of potential risks”.

Video: How the national security law is changing Hong Kong

‘Fed Put’ in Doubt as Inflation Runs Hot, But Low Yields Will Keep Stocks in Play By Investing.com