US stocks shed $9tn in 2022 as Fed tightening spooks investors 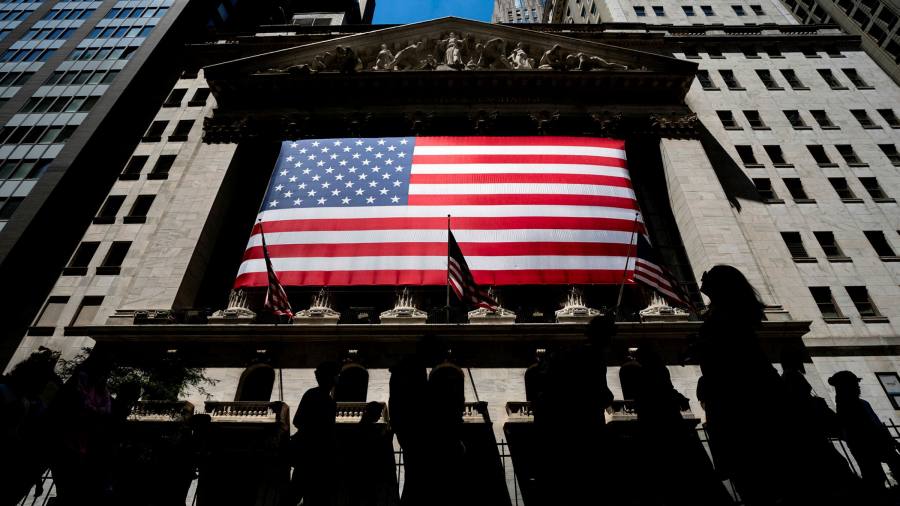 US stocks have shed about $9tn this year as the Federal Reserve’s attempt to rein in runaway inflation and mounting concerns over global growth sent investors dashing away from the world’s biggest equities market.

The market value of the S&P 1500 index, a broad barometer of the US stock market, has tumbled from $45.8tn at the end of 2021 to $36.6tn at the Wall Street closing bell on Wednesday, Bloomberg data show.

The benchmark S&P 500 index, which tracks shares in America’s biggest companies, has slumped by about a fifth in 2022, leaving it on course to record its worst performance for the first six months of a year since 1970, when equities sold off in response to a recession that ended the longest period of economic expansion in American history up to that point.

“The market mood is dominated by the possibility of recessions in the US and Europe,” said Bastien Drut, strategist at Paris-based asset manager CPR. “It is very negative,” he added, warning that the days of being able to rely on central banks easing monetary policy to support economic growth were “gone”.

Futures trading suggested the S&P 500 could fall further on the last trading day of the first half of 2022, with those tracking the blue-chip index off 1.3 per cent in London dealings.

Other global markets have also pulled back sharply this year. Europe’s Stoxx 600 was down 1.5 per cent on Thursday leaving it down almost 17 per cent this year. MSCI’s index of Asia-Pacific markets has slumped 18 per cent in 2022 in dollar terms.

Top central bankers at the European Central Bank’s annual conference on Wednesday warned that the era of low interest rates and inflation had come to an end following the inflation shock caused by Russia’s invasion of Ukraine earlier this year and the pandemic.

Fed chair Jay Powell said failing to raise interest rates to combat high inflation quickly enough could allow surging prices to become embedded. “The process is highly likely to involve some pain, but the worst pain would be from failing to address this high inflation and allowing it to become persistent,” Powell said.

Markets have been rattled this month by interest rate rises from the Fed and Bank of England, with the former raising the federal funds rate by 0.75 percentage points to a new target range of 1.5 to 1.75 per cent and policymakers signalling another big rate increase next month.

The European Central Bank is also planning a quarter percentage point rise in July for the first time since 2011.

Citi also lowered its year-end forecast for the S&P 500 from 4,700 to 4,200 on Wednesday. While that new target implies a roughly 10 per cent rise from the benchmark’s current level, economists at the bank also placed the odds of a global recession at 50 per cent.

US equities have dropped more than 2 per cent this week alone as a lacklustre consumer confidence report fuelled concerns over an economic downturn. But in Asian trading on Thursday, the CSI 300 index of large and liquid Chinese stocks was up 1.4 per cent. 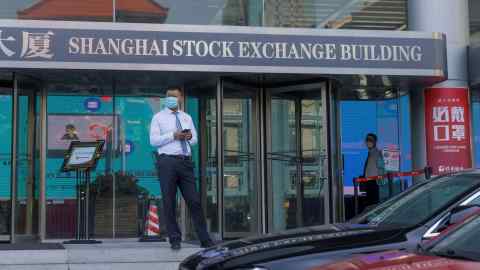 That put China’s stock benchmark on track for a rise of almost 10 per cent in June, marking its largest monthly gain in almost two years as the country emerges from a series of disruptive lockdowns that throttled economic activity and brought financial hub Shanghai to a grinding halt for two months.

“Heading into [the second half], the case for China equities becomes more compelling,” said Marko Kolanovic, markets strategist at JPMorgan. “Covid-19 drags look to be fading as anticipated, China is now rebounding and additional fiscal stimulus outside the US is building.”