US stock futures rise after upbeat report on consumer spending 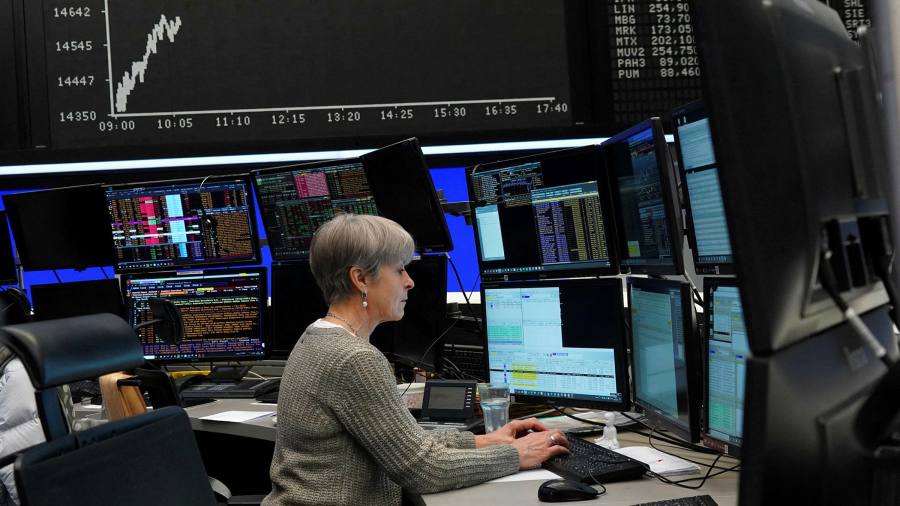 Contracts tracking the blue-chip S&P 500 share index, which ended Thursday 2 per cent higher, gained 0.5 per cent ahead of the New York open on Friday. Futures tracking the technology-focused Nasdaq 100 added 1 per cent.

The moves put the S&P on track for its first weekly gain in eight weeks, breaking its longest losing streak since 2001.

On Friday, data showed that the rate of growth in the US core personal consumption expenditures price index, an inflation measure favoured by the Federal Reserve that strips out volatile food and energy costs, has declined. The core PCE index rose 4.9 per cent in April from the same month last year, down from a reading of 5.2 per cent in March and in line with economists’ expectations.

The report also showed personal consumption expenditures rose 0.9 per cent in April from the previous month, better than the 0.7 per cent Wall Street economists had forecast. Consumer spending was also up 0.7 per cent on an inflation-adjusted basis, according to data from the commerce department. The data follow strong earnings on Thursday from retailers Macy’s and Dollar Tree.

Investors have been positioning their portfolios for a potential global recession, as war in Ukraine and stringent coronavirus shutdowns in China drove inflation to multi-decade highs in the US and Europe. Some analysts expect more short term stock market rebounds, however, as traders start to query whether pricing has become too bleak.

“Sentiment overall is very bearish,” said Paul Leech, co-head of global equities at Barclays. “But people are also trying to reconcile the lack of positive catalysts ahead with how much bad news is already in the price.”

Minutes from the Fed’s latest meeting suggested the central bank would increase its main interest rate by half a percentage point in June and July, although markets are latched on to optimism that softening inflation data could prompt the central bank to pause rate hikes later in the year.

“The markets are very keen to look for the exit from all this,” said Nicola Morgan-Brownsell, multi-asset portfolio manager at Legal & General Investment Management. “But in reality we are not near it yet,” she added.

“Inflation may have come down a little bit but it is still a lot higher than it was,” she said, with “consumers likely still having some pain to come”, from elevated inflation rates.

Europe’s regional Stoxx 600 share index rose 1 per cent by lunchtime in London, with similar gains for equities in Germany and France.

The dollar index, which tracks the US currencies against six others, traded flat per cent but was on track for a 1.3 per cent weekly loss, after hitting a two-decade high earlier this month.