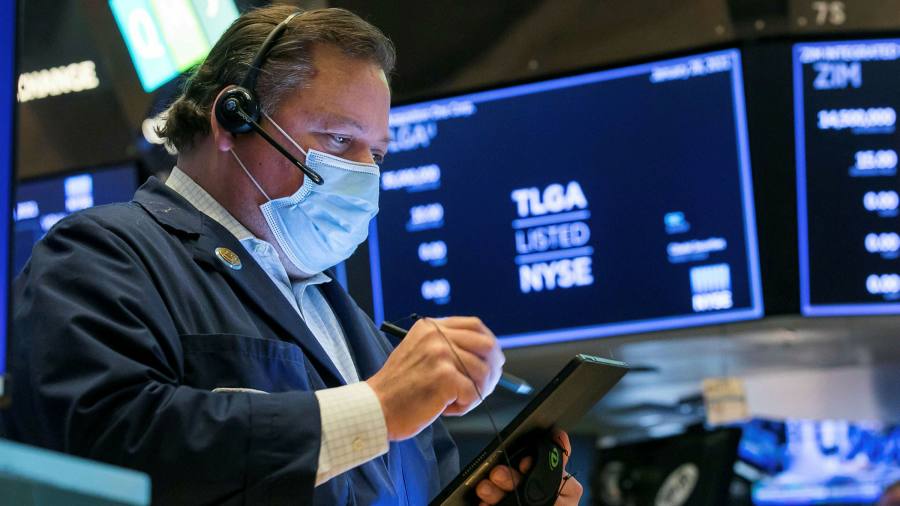 US stock futures and Asian equities fell as online brokerage Robinhood sought to restore trading in GameStop and other companies swept up in a volatility-inducing battle between retail traders and hedge funds.

The S&P 500 on Thursday rebounded 1 per cent from Wall Street’s worst day since October after Robinhood and other retail brokers restricted trading in a number of companies whose share prices have risen sharply this week.

That move helped reduce volatility, easing pressure on hedge funds that had come under siege from traders relying chiefly on zero-fee platforms such as Robinhood to bid up shares of groups including gamers retailer GameStop into the stratosphere.

The online brokerage has scrambled to tap banks in order to shore up its capital and restore trading in GameStop and other shares targeted by hordes of retail investors. That prompted GameStop shares to rise more than 60 per cent in after-hours trading after falling 40 per cent in Thursday’s session.

“The retail horde are not going anywhere, and may have no day jobs,” said Michael Every, a global strategist at Rabobank, an investment bank. They “can pile into any stock or asset they choose, forcing brokers or regulators to shut down trading”.

Concerns over volatility also hit equity markets in Asia-Pacific. Japan’s Topix fell 1.2 per cent and Australia’s S&P/ASX 200 slipped 0.7 per cent. Hong Kong’s Hang Seng pared most of its early gains to trade 0.4 per cent higher, while China’s CSI 300 index of Shanghai- and Shenzhen-listed shares was up 0.5 per cent.

This week’s rise in volatility has been spurred in part by a rapid rally in stocks targeted by Reddit users, which has forced some hedge funds to exit their positions.

Cboe’s Vix index, which measures implied volatility in the US market, fell back to 30 on Thursday after jumping to its highest level since November the day before.

Video: World markets: five things investors are worrying about in 2021