US-Saudi relations to be tested by release of Khashoggi report 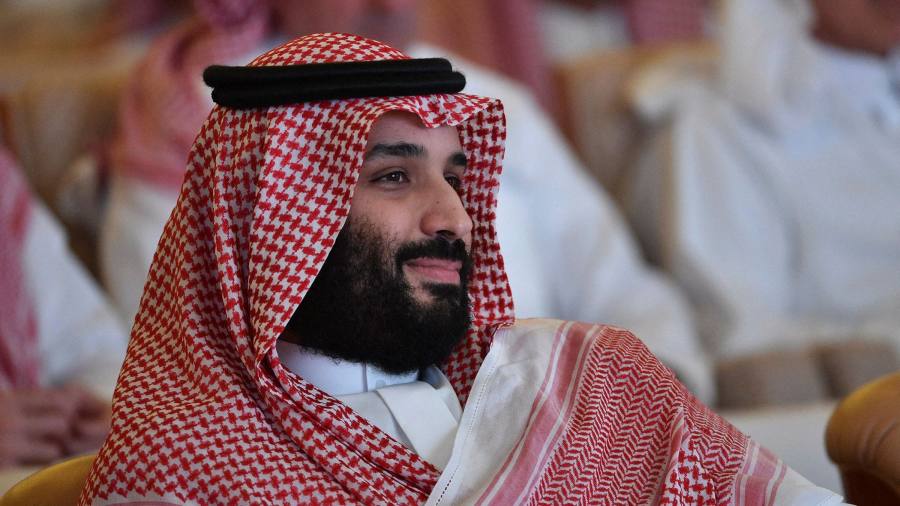 The imminent release of a US intelligence report on the killing of Saudi Arabian journalist Jamal Khashoggi will serve as the first major test of the Biden administration’s promise to recalibrate relations with Riyadh.

The report’s release is widely expected as early as Friday after Joe Biden spoke to Saudi Arabia’s ruler King Salman bin Abdulaziz al-Saud on Thursday for the first time since taking office, clearing one of the final hurdles set by the White House to make it public.

The Biden administration’s promise to reset US relations with the Gulf kingdom — whose leaders nurtured close ties with Biden’s predecessor, Donald Trump — could be complicated by the degree to which the unclassified version of the report implicates Crown Prince Mohammed bin Salman in Khashoggi’s death.

UN officials previously concluded there is “credible evidence” that the king’s favoured son and heir was responsible for the 2018 killing of Khashoggi at the Saudi consulate in Istanbul, and several US lawmakers have claimed there was “zero doubt” the crown prince was involved. Prince Mohammed has taken “full responsibility” for the murder as one of the kingdom’s leaders but has denied ordering the killing, which he has described as a “heinous crime”.

While Biden has previously promised to make Saudi Arabia a “pariah” and put human rights at the forefront of his foreign policy, some of his senior aides have also warned against personally sanctioning Prince Mohammed over his alleged link to the killing. They have argued it would rupture a relationship the US still sees as crucial for its regional priorities, including ending the war in Yemen and re-engaging with Iran.

Assuming [the report] states clearly that MBS is a murderer then how do you not sanction him?

White House press secretary Jen Psaki told reporters earlier on Thursday that “a range of actions . . . are on the table”.

Two people in touch with administration officials said Washington’s response could include a combination of actions from both US Treasury and the US state department, including sanctions and visa restrictions on other individuals named in the report.

How exactly the US will respond is “the $64,000 question”, said Gerald Feierstein, a former senior state department official during the Obama administration who worked on the Middle East.

Bruce Riedel, a former CIA officer who specialised in Saudi Arabia, said he sensed “considerable division” within the Biden administration over the response it should take.

“Assuming [the report] states clearly that MBS is a murderer then how do you not sanction him?”

The Trump administration has already sanctioned 17 Saudi officials but the former president ultimately stood by Prince Mohammed and failed to make the intelligence report public, despite being legally required to do so.

Chris Murphy, a prominent Democratic senator from Connecticut, told the news channel MSNBC on Thursday he wanted “a much broader set of accountability measures” for anyone involved in the murder, citing financial sanctions and visa withdrawals. He is among a number of members of Congress who have called for the US to take tougher action against the kingdom.

There was “no way” Khashoggi’s murder was carried out without either the knowledge or direction of Prince Mohammed, who also serves as the kingdom’s defence minister, Murphy said.

The White House has already said Biden will not speak directly to Prince Mohammed, whose direct counterpart is US defence secretary Lloyd Austin, but is keen to safeguard the countries’ relationship. According to a White House readout of Thursday’s conversation, Biden told King Salman he wanted to “make the bilateral relationship as strong and transparent as possible”.

If the Biden team judges that sanctioning Prince Mohammed could backfire, it might instead “try to snub him or limit his role in the bilateral relationship”, said Yasmine Farouk at the Carnegie Endowment for International Peace.

Tamara Wittes, an expert at the Brookings Institution, has suggested the US could expel Saudi diplomats because the killing took place in the Saudi consulate in Istanbul, in violation of the Vienna convention. But she added that Riyadh could also avoid the toughest sanctions by taking more responsibility for the crime.

“I don’t think realistically it’s a question of blacklisting the crown prince of Saudi Arabia,” she said. “The ball is in the Saudi court to take full responsibility.”