US removes stumbling block to global deal on digital tax 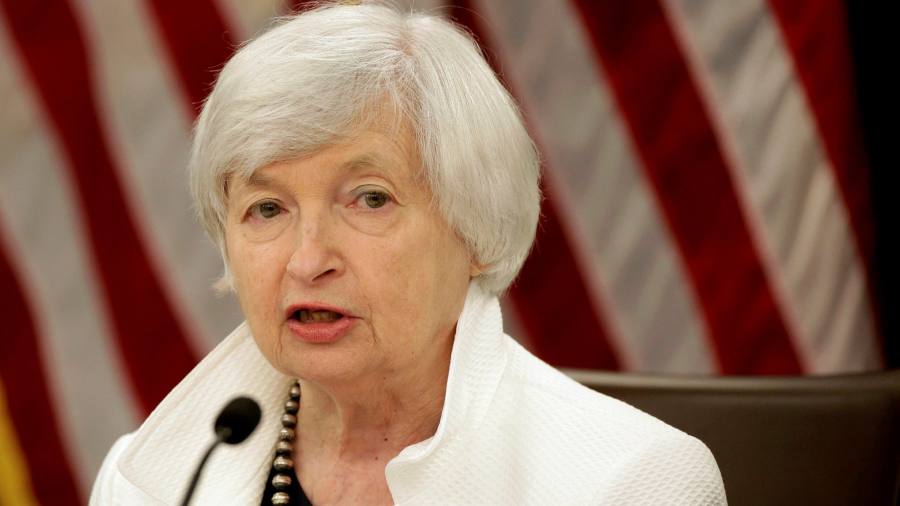 US Treasury secretary Janet Yellen has told G20 finance ministers that Washington will drop a contentious part of its proposal for reform of global digital taxation rules that had been the main stumbling block to an agreement.

The move could unlock long-stalled multilateral negotiations at the OECD, which struggled to make progress after the Trump administration first insisted on the “safe harbour” measure in late 2019.

The provision would have allowed technology companies to abide by any agreement on a voluntary basis.

On Friday, Yellen said at a meeting of G20 finance ministers that the US “is no longer advocating for safe harbour implementation”, a US Treasury official told the Financial Times.

The US “will engage robustly to address both pillars of the OECD project, the tax challenges of digitisation and a robust global minimum tax”, the official said.

Italian finance minister Daniele Franco, who co-chaired the meeting, said in a press conference afterwards that the G20 aimed to reach a solution by “mid-2021”.

“There is a need to reform the current system; this has become an urgent task as we are faced with the challenges of the globalisation and digitalisation of the economy,” he said.

Another official close to the international tax talks said the US “wants a deal on both pillars [of the proposals] by July . . . the coming few weeks will be critical but the dynamic has never been that positive”.

Yellen’s break with the Trump administration stance on digital tax came a day after she also dropped Washington’s objections to new financial support for low-income countries through an allocation of special drawing rights (SDRs), the IMF’s reserve currency.

“An allocation of new special drawing rights at the IMF could enhance liquidity for low-income countries to facilitate their much-needed health and economic recovery efforts,” Yellen said in a letter to G20 finance ministers and central bank governors on Thursday. “We look forward to discussing potential modalities for deploying SDRs [with other G20 nations].”

The last time the IMF allocated a fresh batch of SDRs was in 2009 during the global financial crisis.

Support for the financial assistance is widespread among G20 countries, so Washington’s step could pave the way for as much as $500bn in support to be pumped into the global economy. However the detail has yet to be settled; the US wants advanced economies’ SDR allocations be passed on to low-income countries with greater need for financial assistance.

Kristalina Georgieva, the IMF managing director, said on Friday she was “very encouraged by the growing support” for a new SDR allocation “to boost reserves of all members in a transparent and accountable manner” and offer “an additional mechanism to enable our wealthier members to support low-income countries through on-lending part of their SDRs”.

“We stand ready to present to our membership a robust assessment of long-term reserve needs and implementation modalities,” Georgieva said.

The gloomy prospects for a multilateral deal on digital tax during the Trump administration led a number of countries, mainly in Europe, to introduce or consider their own levies on large technology companies, in a bid to prevent them from paying little or no tax on their sales.

Washington objected to those tax measures as unilateral and discriminatory against Silicon Valley, turning the dispute into one of the biggest sources of transatlantic economic and trade tensions.

However, despite the renewed hopes for a deal, there is still a lot to do before a new global regime can be introduced. Not only will an agreement have to be finalised, but in the case of the US it will have to be approved by Congress, where taxation policy changes can be highly contentious.

Some Afghan girls return to school, others face anxious wait By Reuters

Jennifer Lopez Feels Like a Hollywood Outsider Despite Success

Endangered or just rare? Statistics give meaning to the head counts