US police and fire departments partnering with Amazon’s Ring passes 2,000 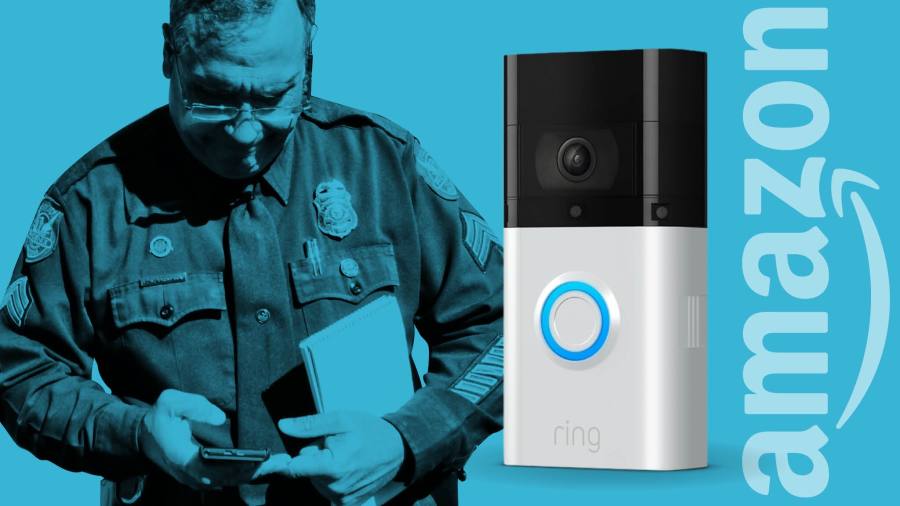 More than 2,000 police and fire departments in the US have now partnered with Amazon’s Ring camera system, doubling the size of the controversial surveillance network in the past year.

All but two of the 50 US states — Montana and Wyoming — now have departments involved with the Ring programme, which allows officials to contact users in a particular area and ask them to provide captured footage via Ring’s app to assist investigations.

In 2020, the departments collectively requested videos related to more than 22,335 incidents. Amazon would not provide a comparative number for 2019 — but the data set does show the number of forces working with the Ring platform has jumped since 2018, when just 60 forces were signed up, and since 2019, when there were 703 on boarded.

Among the most active forces in the country was Milwaukee, Wisconsin, which made 431 requests in the second half of 2020, more than any other force in the country. Public information officer Sergeant Efrain Cornejo noted the high number of homicides in the city, and hundreds of shootings. “For a lot of those types of incidents, we are canvassing for video surveillance,” he said.

Ring’s popular doorbell is equipped with a security camera that automatically begins recording whenever its motion sensor is triggered, sending the footage back to an app on which the owner can view it.

The company has attracted controversy over its record on cyber security and privacy. In January 2020, it fired four employees who had accessed customer video feeds in a manner that “exceeded what was necessary for their job functions”.

The Electronic Frontier Foundation, a privacy advocacy group and longtime critic of Ring, said the new data strengthened its view that the devices amounted to a “massive and unchallenged de facto CCTV surveillance network”.

Matthew Guariglia, EFF policy analyst, added: “You may be consenting to be around a Ring’s camera and microphone, but your neighbours and nearby pedestrians may not.”

Much of privacy campaigners’ concerns relate to the degree to which users can be forced to hand over data collected by the devices. Amazon can be subjected to subpoenas, court orders and search warrants to provide footage or identifying data, even if the owner of the device has explicitly denied access.

In 2020, 1,900 such requests were made, an increase of more than 150 per cent on 2019, according to Ring’s disclosures. The majority — 1,610 — were search warrants, which can cover both demands for “content” — such as video — and “non content”, such as customer data including purchase history and “service usage information”.

While the number of legal demands has grown, Amazon’s rate of compliance has dropped, with 57 per cent of requests in 2020 resulting in full or partial data being handed over, compared to 68 per cent in the previous year.

Amazon said it refused demands in the event it feels the requests were overbearing, or if what was being requested was no longer available on the company’s servers.

“Like many other companies, Ring receives and responds to legally binding law enforcement requests for user information that are not overly broad or otherwise inappropriate,” a Ring spokeswoman said.

The effort to quickly establish police partnerships began after Amazon acquired Ring in early 2018, in a deal worth more than $1bn. The effectiveness of Ring footage in fighting crime is disputed. An NBC News investigation early last year concluded there was little evidence of Ring’s influence in aiding arrests or fighting overall crime.

However, an Amazon spokeswoman pointed to well-publicised instances of Ring footage providing evidence of serious incidents — including alleged police brutality — and touted its Neighbor App, on which users publicly share footage from their cameras, but also receive local safety updates, as a resource for authorities.

Earlier this month, Ring enabled end-to-end encryption, meaning any file forcibly handed over would be almost impossible to view without the co-operation of the user, whose credentials — also encrypted, and not accessible by Amazon independently — would need to be used to decrypt the file. End-to-end encryption is currently opt-in.

All bark and some bite. China’s Bitcoin ban puts traders in the ‘fear’ zone By Cointelegraph