US offers to attend negotiations on Iran’s nuclear programme 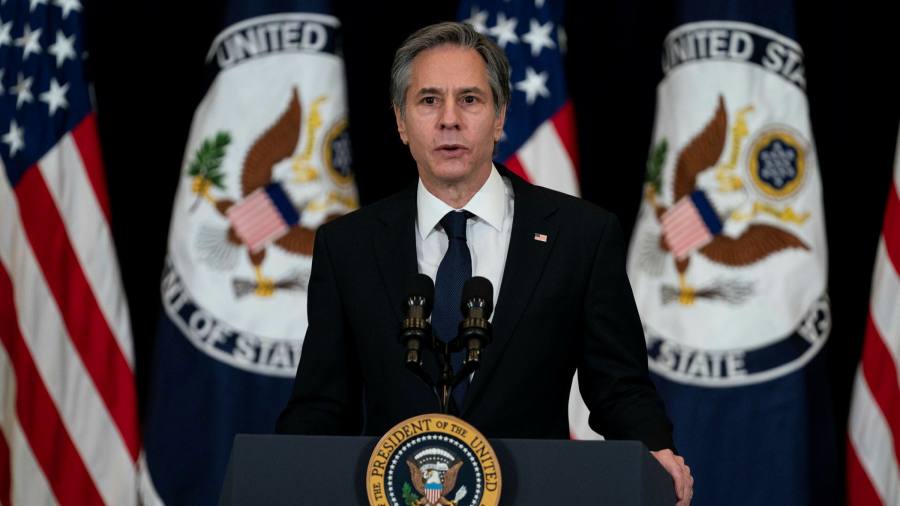 The US has offered to attend joint talks with Iran on its nuclear programme in the first concrete step by the Biden administration to deliver on its promise to rejoin the 2015 accord.

Iran and the US have stopped complying with the deal — which put limits on Iran’s nuclear programme in exchange for sanctions relief — since the Trump administration withdrew from the agreement in 2018.

“The United States would accept an invitation from the European Union high representative to attend a meeting of the P5+1 and Iran to discuss a diplomatic way forward on Iran’s nuclear programme,” Ned Price, Department of State spokesperson, said in a statement on Thursday.

The P5+1 refers to the five permanent members of the UN Security Council — the US, UK, France, China and Russia — as well as Germany, who were all signatories to the deal alongside Iran.

Antony Blinken, US secretary of state, indicated the administration’s willingness to join the talks in a call earlier on Thursday with foreign ministers from the three European signatories to the deal.

The JCPOA at a critical moment. Intense talks with all participants and the US

US and European officials want to avert the possibility that Tehran will follow through on a threat to limit access to weapons inspectors after the expiry of a self-imposed deadline next week.

A state department official denied suggestions that Iran’s threat — which is portrayed as blackmail by its critics — had spurred the US to make its offer, adding: “We hope they won’t do it because we think it would be a mistake.”

The Biden administration, which has promised to rejoin the deal so long as Iran returns to compliance first, faces domestic resistance to its approach, including from within its own party. Critics say they are concerned that the administration may be too lenient on Iran and fail to elicit further concessions that they feel are necessary.

Republicans and some Democrats opposed the 2015 deal over concerns it was not hard enough on Iran. The Biden administration has promised to try eventually to broaden the accord and address other longstanding complaints against Iran, including its missile programme and support for regional militias.

It has also promised to consult allies and regional partners who oppose re-entry to the deal.

“I assume this is going to be a painstaking and difficult process,” said the state department official, warning negotiations could be “prolonged”.

They added: “All kinds of things could be discussed at the table.”

An EU official had already tweeted out an invitation to an informal meeting on the deal, officially known as the Joint Comprehensive Plan of Action.

“The JCPOA at a critical moment. Intense talks with all participants and the US. I am ready to invite them to an informal meeting to discuss the way forward,” said Enrique Mora, the EU’s deputy secretary-general for political affairs, in a tweet on Wednesday.

The state department official, who did not confirm or deny whether the US had already reached out to Iran, said a date for the talks had not been set.