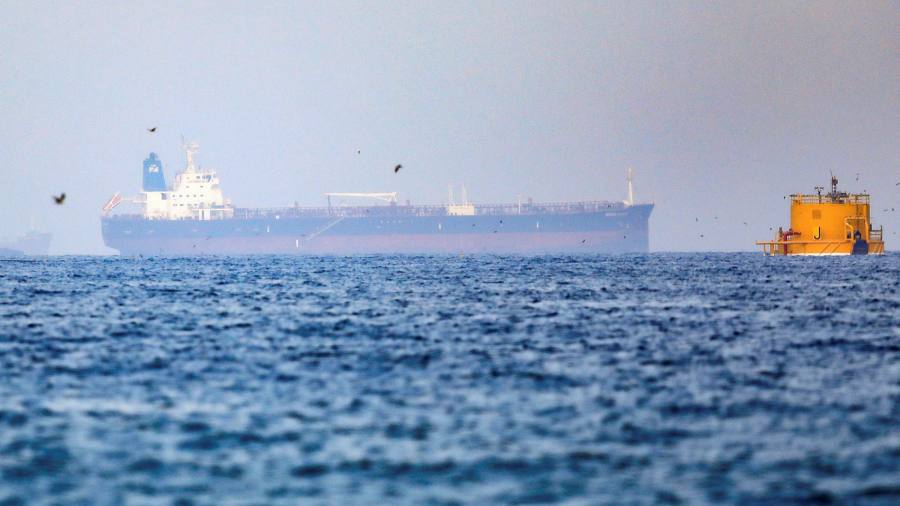 Sign up to myFT Daily Digest to be the first to know about Middle East & North Africa news.

The US is “moving forces” to investigate a suspected hijacking of a tanker in the Gulf of Oman, as tensions with Iran simmer following an alleged attack on a vessel last week that left two people dead.

The Royal Navy’s UK Maritime Trade Operations, which monitors shipping traffic in the Gulf, on Tuesday said there had been a “potential hijack” about 60 miles east of Fujairah in the United Arab Emirates.

“We are moving forces to take a look,” a US defence official said, adding that a vessel was expected to arrive in the area in the “coming hours”. “We’re looking into the situation. We are concerned. We’re consulting with international partners.”

The UK Foreign, Commonwealth and Development Office said: “We are urgently investigating an incident on a vessel off the UAE coast.”

Maritime security sources said that at least five armed men were believed to have boarded and seized a tanker in the Gulf, but the exact identity of the vessel was disputed.

Lloyd’s List, a shipping industry publication, said the vessel was a bitumen carrier called Asphalt Princess, citing people involved in the crisis response, and said the vessel had been ordered to sail to Iran.

The Asphalt Princess sporadically broadcast its automatic identification system (AIS) signal on Tuesday, including at about midnight Oman time when it was still roughly half way between Fujairah and Iran. In the past, such as when Iran seized a UK-flagged Stena Impero oil tanker in 2019, it has quickly moved the vessel into Iranian waters.

US and UK officials did not confirm the identity of the ship allegedly hijacked on Tuesday, beyond saying that they were investigating.

One other maritime security source said he understood it was the Asphalt Princess that had been seized, though he highlighted that the tanker’s owners, Prime Tankers LLC in the UAE, had previously had another vessel, the MT Riah, seized by Iran in 2019 following allegations of smuggling.

But other people in the maritime security sector said the identity of the tanker remained uncertain, with a number of tankers in the area broadcasting their status via AIS as “not under command” on Tuesday, which can indicate an issue on board.

The increase in tensions in one of the world’s key oil transit routes follows an attack on Friday on the Israel-managed MV Mercer Street oil tanker that killed one UK maritime security guard and a Romanian crew member.

The UK, US and Israel have blamed Iran for the attack, which involved an aerial drone. Antony Blinken, US secretary of state, said Washington was “confident that Iran conducted this attack” and that the US was co-ordinating a “collective response” with the UK, Romania and Israel.

Ebrahim Raisi, lran’s hardline president, assumed office in Tehran on Tuesday and struck a defiant tone over relations with world powers, including over the revival of the nuclear deal.

Raisi said he would take steps to have “unjust” US sanctions lifted but his priority was to tackle the economy.

“We will definitely not tie up people’s livelihoods and the economy to the alien forces’ decisions,” Raisi said.

The MV Mercer attack, for which Iran has denied responsibility, risks complicating efforts to revive nuclear talks that have largely stalled in recent weeks.

Mohsen Baharvand, Iran’s ambassador to the UK, told the Financial Times this week that London’s decision to blame the Islamic republic for the assault on MV Mercer Street was a “very premature reaction”.

Iran’s Revolutionary Guard denied that it or its allies were involved in the incident on Tuesday, arguing that the allegations were designed to justify “hostile action” against the country.

Iran and Israel have been locked in a shadow war, with both trading accusations that they have launched attacks against each other’s merchant vessels and other interests.