US long-term bonds under pressure ahead of Federal Reserve decision 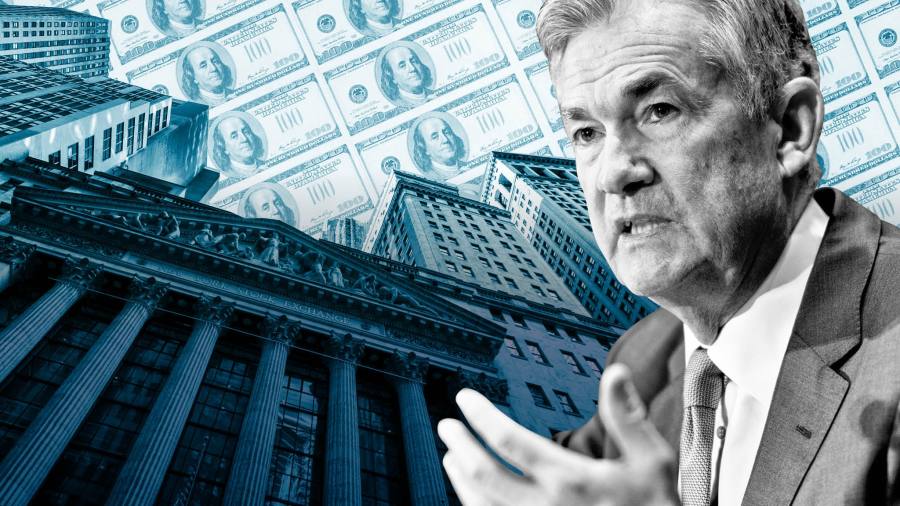 US long-term government bonds endured selling on Wednesday, driving sovereign debt prices lower from Germany to Canada, as markets turned jittery ahead of the conclusion of the Federal Reserve’s latest policy meeting.

The yield on the benchmark 10-year Treasury note, which moves inversely to its price, gained as much as 0.05 percentage points to more than 1.67 per cent in Wall Street trading. That brought one of the world’s most closely watched measures of borrowing costs to its highest level since February 2020. The yield on 30-year bonds also rose, hitting 2.44 per cent.

Stocks on Wall Street followed bond prices lower, led by the technology sector. The blue-chip S&P 500 was down 0.4 per cent at lunchtime in New York while the tech-heavy Nasdaq Composite sank more than 1 per cent.

The rise in yields is notable since trading in the $21tn US government debt market is typically tame ahead of the central bank’s policy decisions. Investors expect the Fed to upgrade its economic growth forecasts to reflect a turbocharged recovery for the US economy from the pandemic.

Borrowing costs have been rising, with the 10-year yield increasing from about 0.9 per cent at the start of this year, as markets anticipated a jump in inflation from President Joe Biden’s $1.9tn stimulus and the rollout of Covid-19 vaccines. Market measures of inflation expectations have also soared. The 10-year break-even rate, which is derived from US inflation-protected government securities, reached a seven-year high of 2.3 per cent this week.

Fed chair Jay Powell has appeared relaxed about the sharp moves in rates so far. But at his press conference following the Fed decision at 2pm Washington time, investors will be on alert for clues around the timing of the first post-recession interest rate rise and the potential wind-down of the Fed’s $120bn-a-month asset purchase programme that has supported financial markets since March 2020.

The Fed had a “communications challenge” around tapering stimulus that it would “seek to push back” against, said Silvia Dall’Angelo, senior economist at Federated Hermes. That meant bond markets were likely to stay volatile, she added, because the Fed’s move to average inflation targeting, which allowed the central bank to be more tolerant of price increases overshooting, made it harder for investors to predict monetary policy.

“They have not stated exactly the extent of the overshoot they are comfortable with or for how long,” Dall’Angelo said. “From a market perspective this brings uncertainty and volatility.”

The bond sell-off in the US spread to other countries on Wednesday, taking the yield on the UK’s benchmark 10-year gilt up 0.05 percentage points to 0.83 per cent. The yield on the equivalent German Bund rose by the same margin to minus 0.29 per cent, while Canada’s 10-year yield climbed 0.04 percentage points to 1.61 per cent alongside rising yields in Australia, Brazil and Greece.

The sharp sell-off in longer-dated Treasuries pushed one portion of the US yield curve, which tracks the difference between two-year and 10-year government bond yields, to its highest point since September 2015, at 1.49 percentage points.

Lidia Treiber, director of fixed income research at WisdomTree Investments, said that even though the US was closer to an interest rate rise than economies that were recovering more slowly from coronavirus, it made sense for fears about tighter US monetary policy to spread around global bond markets.

“The US central bank is giving investors a window into the pace at which other central banks will eventually tighten,” she said, following heavy monetary stimulus from global rate-setters since the start of the pandemic.

In Europe, the Stoxx 600 benchmark closed down 0.5 per cent and London’s FTSE 100 dropped 0.6 per cent. The dollar, as measured against a basket of currencies, traded flat.