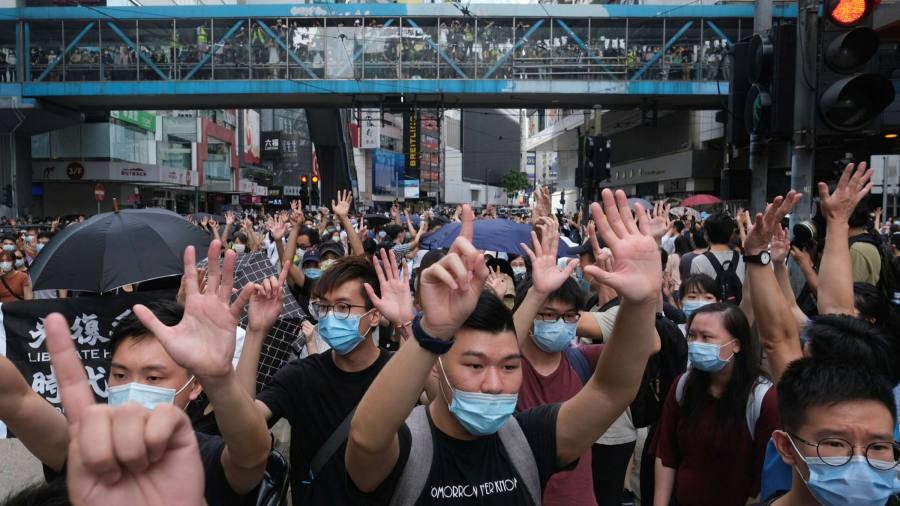 US law firm Davis Polk & Wardwell has been condemned for agreeing to participate in a Hong Kong government event to commemorate the city’s controversial national security law.

Martin Rogers, the firm’s Asia chair, will appear at an event to mark the second anniversary of the sweeping law, which was introduced in response to pro-democracy protests in 2019 and been used to crack down on opposition in the city.

The National Security Law Legal Forum on May 28 will involve participation from top mainland and Hong Kong officials, including representatives from a state security agency set up in the city following the protests.

Rogers wrote in a LinkedIn post that he was “honoured to be invited to speak” as part of a panel discussion on cases under the national security law and described other sessions as “interesting and important”.

One keynote speech by a senior Chinese official will cover how the security law has “won the hearts of the people” and set Hong Kong on a path from “chaos to order”.

The event has been organised by Hong Kong’s justice department, led by Teresa Cheng, who has been subjected to US sanctions for “undermining Hong Kong’s autonomy and restricting the freedom of expression or assembly of the citizens of Hong Kong”.

Rogers is the only private sector lawyer on the public agenda and critics said his participation could give the impression that his firm endorsed the law.

“It is no honour . . . Not a good look,” said Donald Clarke, a Chinese law professor at George Washington University Law School. “If you feel honoured to be speaking at such an event, you need to seriously rethink your ideas about what is honourable.”

Samuel Bickett, a US lawyer who was forced out of the territory after being jailed and accused of assaulting a plainclothes police officer during the protests, said the event was “blatantly propagandistic”.

“Even a cursory look at the agenda for this gathering would have revealed to Martin Rogers and anyone who approved his involvement that this is a propaganda event,” said Bickett, who has denied the accusations and become an advocate for legal rights and civil liberties in Hong Kong.

“There is one reason and one reason alone that Davis Polk and Martin Rogers were invited: because the presence of a prestigious US law firm gives the event a false cover of legitimacy . . . Davis Polk should pull out of the event.”

Davis Polk and Rogers did not immediately respond to a request for comment. 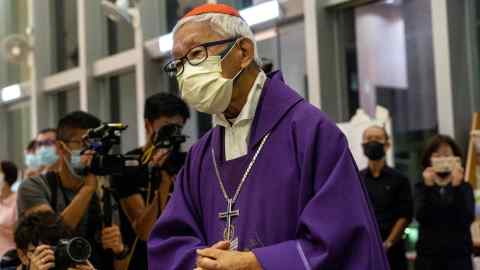 Grenville Cross, a British barrister and former director of public prosecutions in Hong Kong who will appear alongside Rogers at the event, said experts should not be “muzzled” from sharing their views on the security law.

“Was it not Voltaire who said, I disapprove of what you say, but I will defend to the death your right to say it? Perhaps those criticising Mr Rogers should be reminded of that,” he said. “The right of Mr Rogers to freedom of speech should be respected.”

The disclosure of Davis Polk’s involvement followed a separate controversy for US law firm Mayer Brown, which was hired last year by the University of Hong Kong as it tried to remove a memorial to the Tiananmen Square massacre from its campus.

The Chicago-based firm was heavily criticised by US lawmakers for representing HKU and subsequently withdrew from the role.