US launches air strike against Iranian-backed groups in Syria 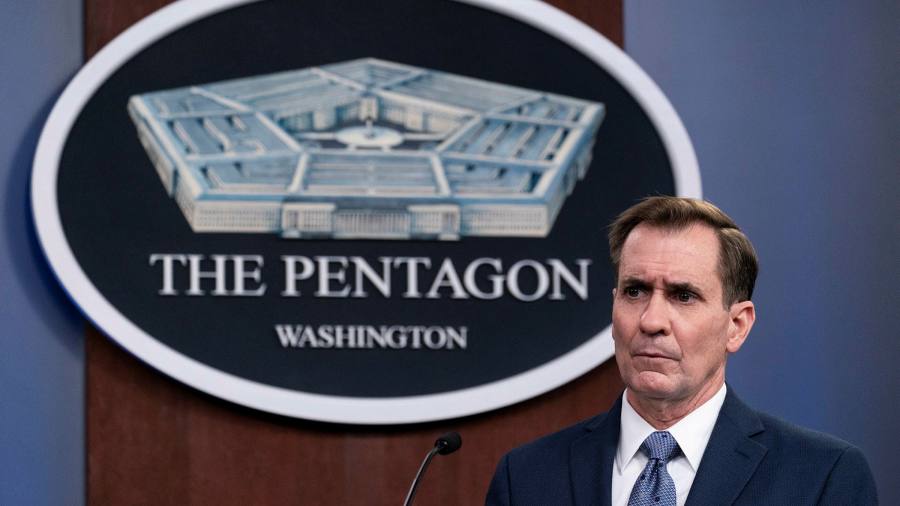 The US has carried out an air strike against Iran-linked militia groups in eastern Syria in retaliation for recent attacks on American and coalition personnel in Iraq, the Pentagon said.

The military action on Thursday was the first ordered by President Joe Biden since taking office and was described by John Kirby, Pentagon press secretary, as a proportionate response to recent attacks.

He added that the US strike had “destroyed multiple facilities located at a border control point used by a number of Iranian-backed militant groups”.

A defence department official said it was believed that “up to a handful” of people had been killed in the operation.

In recent weeks, Shia militia groups have claimed responsibility for attacks on US facilities in Iraq, including one in Erbil last week that killed a civilian contractor and injured several others, including a member of the US military.

“The operation sends an unambiguous message: President Biden will act to protect American and coalition personnel,” said Kirby, adding that the US had acted “in a deliberate manner that aims to de-escalate the overall situation in both eastern Syria and Iraq”.

The military action came as the Biden administration has sought to open talks with Iran to revive the 2015 accord that sought to limit Tehran’s nuclear programme in exchange for sanctions relief.

The Pentagon named two of the groups targeted as Kait’ib Hizbollah and Kait’ib Sayyid al-Shuhada, neither of which were among the groups that claimed responsibility for the recent attacks.

“Our assessment is that the various groups that claim responsibility are just front groups established to help deny attribution by the established groups,” said the defence official, who added the US had found no evidence that the attack on Erbil had been directed by Iran.

Phillip Smyth, an expert at The Washington Institute who has contacts with militias in the region, said the targeted groups were “unambiguously backed by Iranian forces”.

He said the Biden administration’s decision to target the two groups in Syria rather than in Iraq was aimed at avoiding significant collateral damage or stoking nationalist outrage in Iraq, which has previously voted to oust US troops from the country.

Smyth said Kait’ib Sayyid al-Shuhada started in 2013 as a splinter group of Kait’ib Hizbollah, which he said was itself formed in the previous decade from forces loyal to Iran.

He said the Biden administration had targeted Shia militias in Syria because they were heavily concentrated in the area, constituting a “weak underbelly for Iranian-backed forces in Iraq”.

“These strikes protect Iraqi prime minister [Mustafa al-]Kadhimi from blowback in Iraq,” said Behnam Ben Taleblu at the Foundation for Defense of Democracies.

The air strikes in Syria came just over a year after Donald Trump ordered the killing of Iranian military leader Qassem Soleimani in retaliation for the killing of a US contractor in Iraq.

The attack on Iraqi soil, which also killed a senior Iraqi militia leader, generated a backlash against US troops stationed in the country and was criticised as an overreaction that helped galvanise support for Iranian-backed militia groups.

In the year since, US forces in Iraq have struggled to defend themselves against attacks — some involving rockets — and have withdrawn from some poorly defended bases.