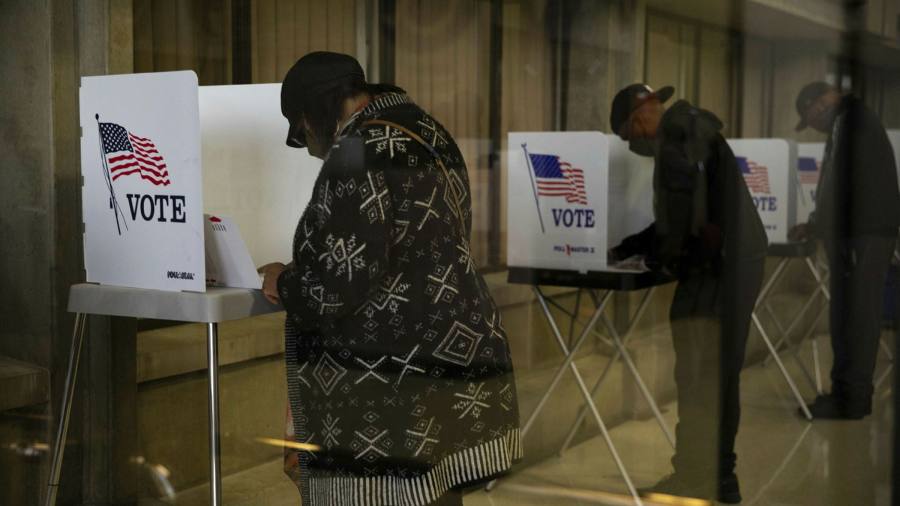 The assessment from the Office of the Director of National Intelligence, which oversees 18 US intelligence agencies, found that the Kremlin stopped short of backing the kinds of hacking missions carried out in 2016, which included attempts to break into “election infrastructure”.

Instead, Putin focused on disinformation campaigns aimed at undermining rival Joe Biden’s candidacy and American confidence in the election process.

“Moscow [used] proxies linked to Russian intelligence to push influence narratives — including misleading or unsubstantiated allegations against President Biden — to US media organisations, US officials, and prominent US individuals, including some close to former President Trump,” the report found.

The assessment, released on Tuesday, was a declassified version of a January 7 report provided by the US intelligence community when Trump was still president and actively disputing the election results.

Trump repeatedly claimed the US elections had been rigged against him, alleging widespread fraud at the ballot box that helped spur some of his supporters to attack the US Capitol on January 6.

Tuesday’s assessment concluded with “high confidence” that China had considered but decided against efforts to alter the outcome of the US presidential election.

“China sought stability in its relationship with the Untied States [and] did not view either election outcome as being advantageous enough for China to risk being caught meddling,” the report said.

The report said that while both Russia and Iran carried out influence campaigns to manipulate voter intentions, neither interfered with the results or tampered with election infrastructure such as voter registration, ballot casting or tabulation.

The assessment said Moscow’s efforts were likely directed by Putin and other senior Russian officials, citing the Russian president’s purview over Andrii Derkach, a pro-Russian Ukrainian member of parliament it said was involved in the activities.

It found that Iran’s supreme leader Ayatollah Ali Khamenei had authorised a “multipronged covert influence campaign” relying on both overt and covert messaging as well as cyber operations to undercut Trump’s re-election prospects without directly promoting Biden’s ascent.

In one “highly targeted operation”, US intelligence concluded Iranian cyber actors spoofed emails purporting to be from the extremist Proud Boys group, demanding that Democratic voters elect Trump, in a bid to amplify concerns over voter fraud.

Just a few months before the November election, the US’s National Counterintelligence and Security Center warned that China would “continue to weigh the risks and benefits of aggressive action” but that it preferred Trump did not win re-election.

Although the new assessment found China had not acted, it noted there was dissent on the finding. One national intelligence officer in charge of cyber security asserted that China did in fact take “some steps” to try to undermine Trump’s re-election chances.

The cyber official cited social media, official statements and media, arguing Beijing accelerated its efforts last summer in support of a Biden presidency because it thought it would be “more predictable”.

The report also noted “some steps” taken by other foreign actors such as Lebanese military group Hizbollah, Cuba and Venezuela in a bid to increase the chance of unseating Trump.

Mark Warner, Democratic chairman of the Senate select committee on intelligence, said the report highlighted “ongoing and persistent efforts” by US adversaries to influence elections.

He added that while the US had built better defences against interference, and that the intelligence community had “gotten much better” at detecting such efforts, foreign actors would continue to seek to influence the American electorate and could find “fertile ground” in future given partisan divides in the country.