US dollar hits highest level in more than 2 years 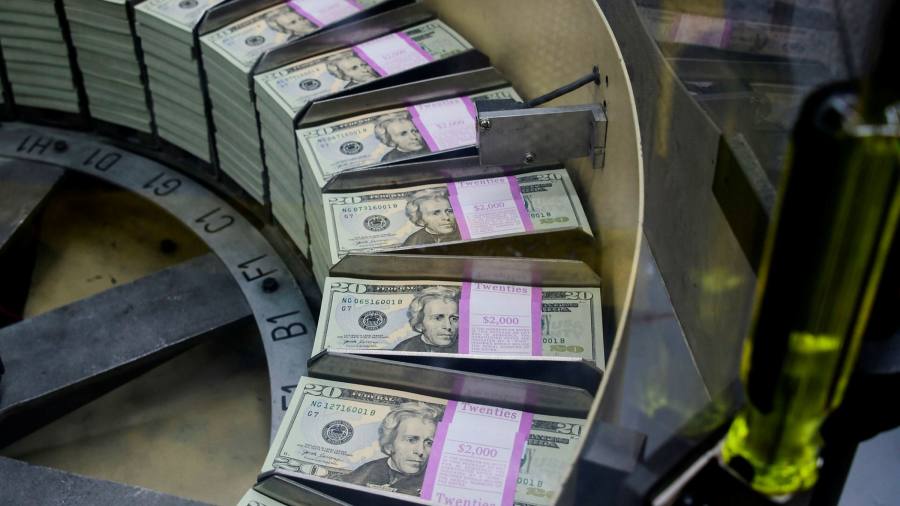 The US dollar rallied to its highest level since March 2020 on Monday and is on track for its best month since January 2015, buoyed by expectations that the Federal Reserve will have to lift interest rates aggressively to tame inflation.

The dollar index, which tracks the US currency against six others including the euro and sterling, rose by as much as 0.8 per cent to a high of 101.86. The index has risen roughly 12 per cent in the past year.

The gains came as the Fed is expected to tighten policy more aggressively than other G10 central banks. The higher interest rates, and higher yields on US government debt, have lured foreign investors into US Treasuries. The value of the dollar rises as investors sell holdings denominated in local currencies in favour of dollar-denominated investments.

Bets on ever-tighter Fed policy have grown as inflationary pressures have persisted: Russia’s invasion of Ukraine has lifted commodity prices, and rising coronavirus cases in China have prompted lockdowns that threaten to further disrupt supply chains. Beijing health officials reported that several neighbourhoods would lock down on Monday, triggering renewed fears about the global economy.

The futures market is projecting the Fed will raise its main interest rate to 2.77 per cent by the end of 2022 — up from expectations of around 0.8 per cent at the start of the year — including three half-point raises in the coming months.

The dollar typically benefits when US interest rates rise and the economy performs better than other countries. The dollar, the global currency reserve, also benefits during global recessions or moments of turmoil, such as the Russian invasion of Ukraine, as investors seek out safe haven investments.

This tendency of the US currency to outperform when the global economic environment is weak or at risk and when the US outperforming its peers has been dubbed the “dollar smile”.

Demand from investors seeking shelter has persisted, said John Doyle, vice-president of dealing and trading at Tempus Inc. That means both ends of the smile are currently helping bolster the dollar.

“The dollar smile is working to all intents and purposes. Investors are piling into the dollar, driving it up in sync with yields. And they are downgrading growth estimates for the rest of the global economy,” said Karl Schamotta, chief market strategist at Corpay. 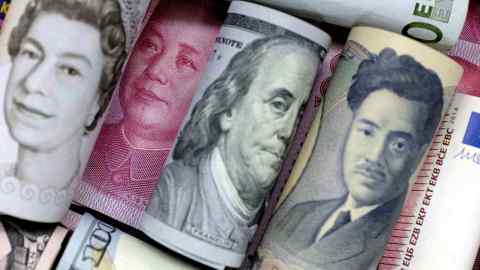 This boom in the dollar has also come as its primacy as the world’s reserve currency has been brought into question by western sanctions against Russia.

But investors argued that for now, there was no single alternative to the dollar and its strength in the market made it less likely investors would abandon the currency for political reasons.

“At the end of the day, this is really a US-centric market,” said Mazen Issa, senior foreign exchange strategist at TD Securities, because the most drastic change in monetary policy in response to inflation has come from the Fed.

“When you look globally, the central bank that is most able to lead that charge, and perhaps even redefine what tightening cycles may look like, is the Federal Reserve,” he added.