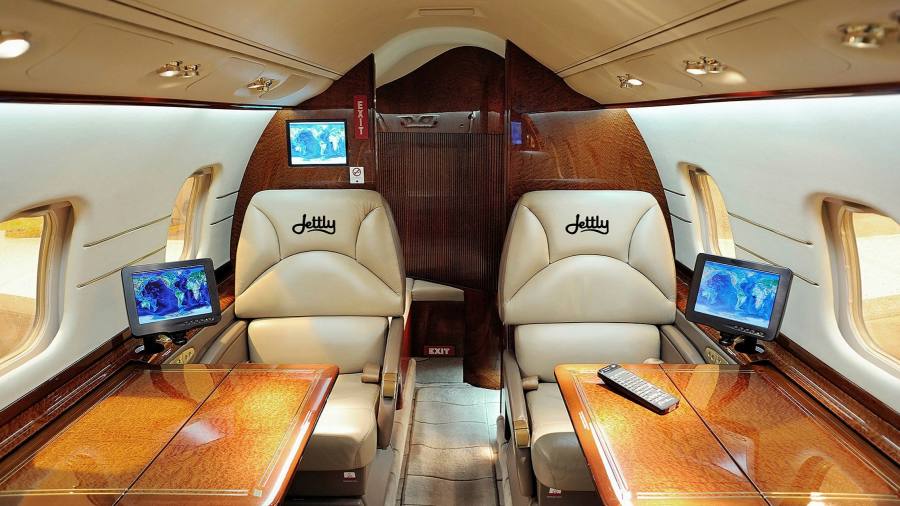 Spending by US companies on private jets for personal use by chief executives and chairs hit the highest level for a decade last year as many businesses relaxed restrictions on using them because of the pandemic.

It rose 35 per cent to $33.8mn among S&P 500 groups in 2021 — the highest since 2012, according to ISS Corporate Solutions, a division of investment adviser Institutional Shareholder Services.

Among the biggest spenders were Facebook parent Meta and aerospace group Lockheed Martin as many companies eased rules on using private jets because of fears over contracting Covid-19 on commercial flights.

This included $353,303 for Taiclet’s personal travel as well as for commutes to his home out of state and deadhead flights, when an aircraft is used for a one-way charter, Lockheed said in a regulatory filing this year.

The average amount spent on chief executives and chairs for private jet use jumped 36 per cent to $170,660 last year, with the increased spending boosting private jet operators such as New York-based Wheels Up and Jettly.

Wheels Up reported increasing revenue and passengers earlier this year, while Jettly has experienced a surge in demand.

Jettly chief executive Justin Crabbe said “it’s quite difficult to go back to flying commercial” once a group has offered executives private flights.

Other companies also said they loosened restrictions on private jet travel for personal use during the pandemic.

Discover Financial, an Illinois-based credit card company, said it generally limits extra perks for executives but changed its policy to pay for chief executive Roger Hochschild and his family to use private jets for all travel.

Snacks maker Mondelez said it granted temporary permission to executives other than the chief executive to fly on private jets during the pandemic for international personal travel. The company’s jet spending increased 33 per cent to $214,466 in 2021 compared with $160,843 in 2020.

The jet spending data show that companies continue to pay their leaders in other ways, despite some executives forgoing base salaries at the start of the pandemic.

It also comes against a backdrop of criticism from some investors over high pay. Large investors, such as the head of Norway’s $1.2tn oil fund, have criticised big overall pay packages.

Shareholder support for executive pay at Meta was only 86 per cent at its annual meeting this year, the lowest total in the company’s history.