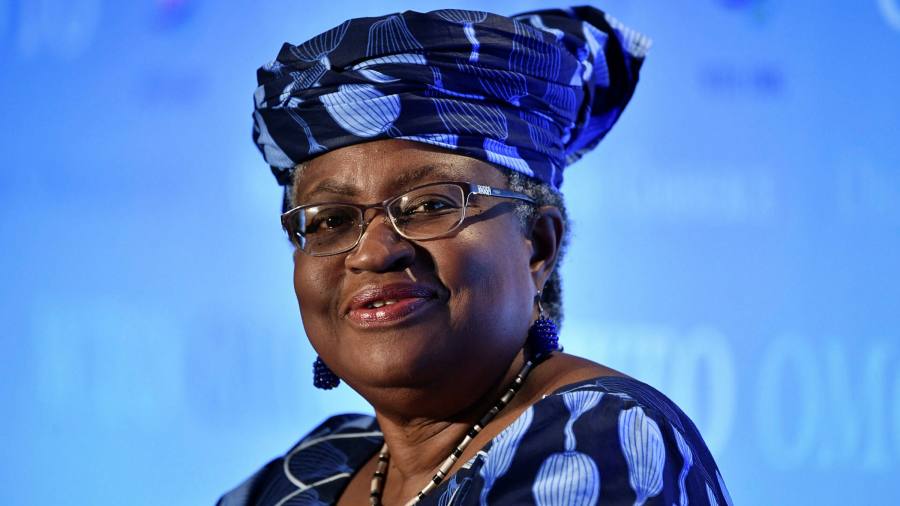 The US has backed Nigeria’s Ngozi Okonjo-Iweala for director-general of the World Trade Organization, removing a final hurdle to her appointment and ending months of uncertainty over the body’s leadership.

Earlier on Friday the South Korean trade minister Yoo Myung-hee, who had not stood down from the race despite weaker backing than her rival last year, dropped out, saying the future of the WTO had become “uncertain” because of the prolonged leadership battle.

She added that she had made her decision in “close consultation” with the US. “South Korea will actively contribute to reaching consensus for the next WTO chief and co-operate with her and participate in the WTO reform process,” Yoo said.

Now that she has clinched US support, Okonjo-Iweala, a former finance minister who battled corruption in her country, is set to be the first WTO leader from Africa.

In its first public statement under the Biden administration, the US trade representative’s office said the US was “pleased to express its strong support for the candidacy of Dr Ngozi Okonjo-Iweala as the next director-general of the WTO”.

“Dr Okonjo-Iweala brings a wealth of knowledge in economics and international diplomacy from her 25 years with the World Bank and two terms as Nigerian finance minister,” USTR said in a statement. “She is widely respected for her effective leadership and has proven experience managing a large international organisation with a diverse membership.”

The WTO is now expected to move ahead to formalise her appointment, the timing of which was not yet clear.

The statement stands in contrast with the Trump administration, which had defied other member states in supporting Yoo over Okonjo-Iweala, whose credentials they had questioned. It also left European diplomats hopeful that a new period of engagement with the US had begun.

Okonjo-Iweala said on Twitter that she was “grateful” for the US support. Earlier on Friday a spokesperson for Okonjo-Iweala said she “congratulates Yoo Myung-hee on her long campaign and welcomes South Korea’s commitment to rebuilding and enhancing multilateralism. There is vital work ahead to do together”.

Okonjo-Iweala “looks forward to the conclusion of the director-general selection process”, the spokesperson said. “The WTO must turn its focus to the Covid-19 pandemic and global economic recovery.”

The Geneva-based body, tasked with preserving free and non-discriminatory trade, has been without a director-general for months after the early departure of Brazil’s Roberto Azevêdo last year.

The leadership battle was complicated when the US refused to accept Okonjo-Iweala and said it would only support Yoo. The selection of a new leader requires all WTO members to agree. This dismayed European diplomats who have been trying desperately to repair the struggling organisation.

The decision comes amid hopes from many countries that the Biden administration will keep its election pledge to re-establish Washington’s support for multilateral institutions.

Robert Lighthizer, the US trade representative under former president Donald Trump and a long time WTO critic, said last month that Okonjo-Iweala had “no experience in trade at all”.

Okonjo-Iweala is a former World Bank managing director and chair of the board of Gavi, the UN-backed vaccine alliance that is now playing a central role in the global distribution of Covid-19 vaccines.

She would be the first woman to lead the organisation that is made up of representatives of 164 different jurisdictions.

The failure of the South Korean candidate to step down earlier was criticised by other member countries, which feared the organisation would be damaged further. Several diplomats have told the Financial Times that the credibility of Asia’s fourth-biggest economy was also being questioned because of the process.

In a statement, USTR congratulated Yoo for her “strong campaign”, hailing her as a “trailblazer” as Korea’s first female trade minister and first candidate to advance to the final two of the director-general selection process.