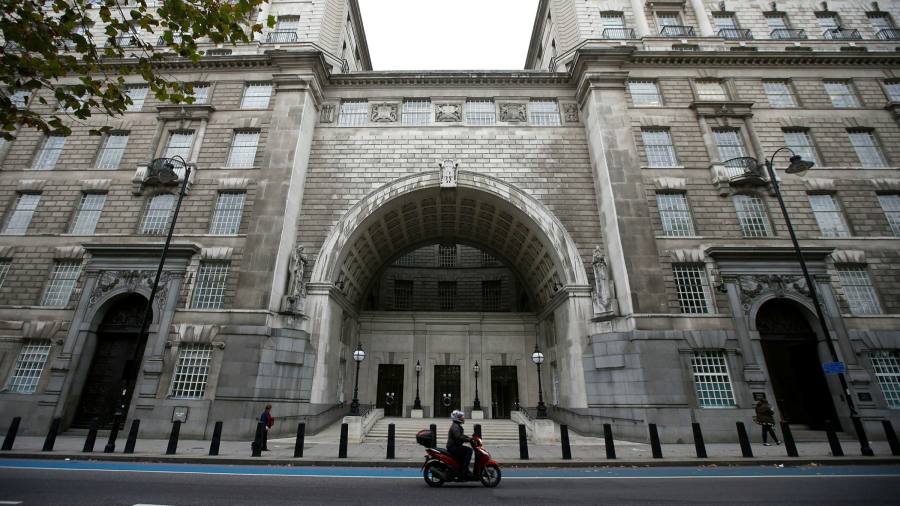 The FBI and MI5 have warned that Chinese industrial espionage poses an increasingly serious threat to western companies, as the chiefs of the US and British intelligence agencies used an unprecedented joint appearance in London to urge business leaders to become much more vigilant about China.

Speaking at the offices of MI5, the UK domestic intelligence service, FBI director Christopher Wray said companies needed to become more aware of the many ways that China was engaging in espionage. Beijing, he said, was using “elaborate shell games” to disguise its spying, and added that it was even taking advantage of Spacs, or special purpose acquisition vehicles.

“The Chinese government poses an even more serious threat to western businesses than even many sophisticated businesspeople realise,” Wray told business leaders at an event with his MI5 counterpart, Ken McCallum. “I want to encourage you to take the long view as you gauge the threat.”

The intelligence chiefs were holding the first public event between the two agencies, in a move Wray stressed underscored the need to tackle the expanding espionage challenge from Beijing.

McCallum said MI5 had seen a sevenfold increase in China-related investigations since 2018, had doubled its capacity to deal with them over the past three years, and would probably double capacity again over the next “handful of years”.

Wray said FBI field offices across the US opened one investigation into Chinese espionage on average every 12 hours.

“We’re not crying wolf,” McCallum said. “China is the most game-changing of all the threats in the sense that it pervades so many aspects of our national life.”

Wray said Beijing was using “every tool” at its disposal to steal western technology in an effort to eventually undercut non-Chinese businesses and dominate their markets — even stealing genetically modified seeds from US farmland.

He added that the Ministry of State Security, which oversees Chinese overseas espionage, was homing in on western companies that it wanted to “ransack” to help obtain corporate secrets. Meanwhile, assessing the risks from Chinese counterparts was becoming more difficult because Beijing was restricting access to the data needed for due diligence, he said.

Both chiefs stressed China often employed people who were not directly connected to its intelligence services to target western companies — a group Wray called “co-optees”.

They said companies had to be more attuned to the fact that their dealings with Chinese companies might have connections to Beijing’s intelligence, which McCallum described as “hidden manipulation”.

Wray said: “When you deal with a Chinese company, know you’re also dealing with the Chinese government — that is the MSS and the PLA — too, almost like silent partners”.

Both chiefs urged companies to step up co-operation with the FBI and MI5, singling out China’s ability to conduct espionage at scale, across a huge breadth of activities and to take the long view — to the extent it courts politicians just starting out on their careers.

McCallum and Wray insisted they wanted companies to be more vigilant, not to disengage with China.

“The aim here is not cut off from China. We want a UK which is both connected and resilient,” McCallum said.

He cited the 150,000 Chinese students studying at UK universities as being “good for them and good for us”. But he said vetting had led to 50 of them with military links leave.

Wray also said business should think more about the implications of China’s threat to Taiwan in the wake of Russia’s invasion of Ukraine, underlining that western companies had been caught in sanctions against Moscow and economic disruption.

“There were a lot of western companies that had their fingers still in that door when it slammed shut,” he said. “If China does invade Taiwan, we could see the same thing again, at a much larger scale. Just as in Russia, western investments build over years could become hostages.”