US and allies launch initiative to help Pacific Island nations 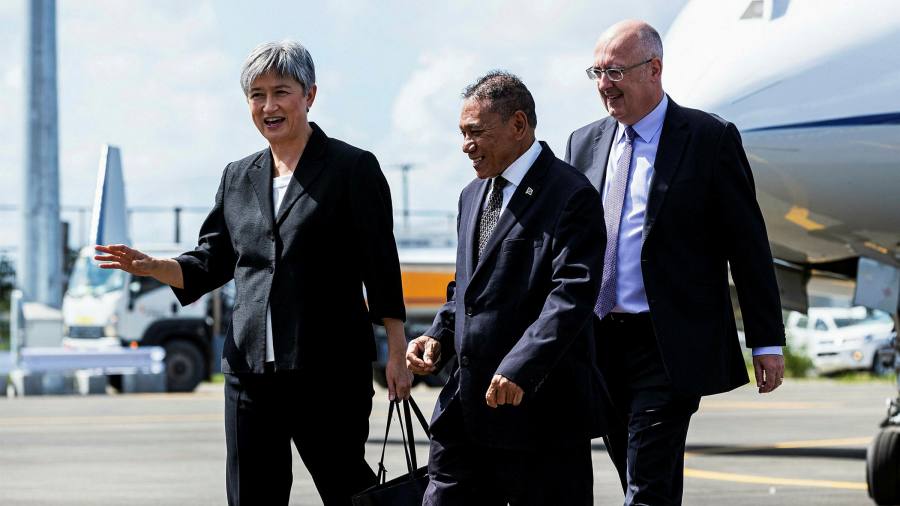 The US, UK, Australia, New Zealand and Japan have launched a fresh initiative to help Pacific Island nations, in an effort to increase their presence in a maritime region that is increasingly targeted by China.

Washington and its allies created “Partners in Blue Pacific” on Friday after several days of talks with Pacific Island countries. The scheme aims to help small island nations — such as Fiji, Palau, Samoa and the Marshall Islands — tackle issues from climate change to illegal fishing, but it also marks a stepped-up effort to counter Chinese initiatives.

One US official told the Financial Times it would include a range of measures, including boosting diplomatic presences across the region, and helping countries tackle climate change and illegal fishing. He said the US would also supply more Covid-19 vaccines to countries, and added that the initiative would also include an arrangement to send young leaders from the region to executive education courses in America.

But the official added that there was an “undeniable security component” to the reinvigorated US engagement with the region.

“There may be some security steps that we would take over time to help buttress our position in the region,” he said. “I imagine we’re going to have more ship visits, more engagement. And there may be even something a little bit more permanent.”

The official said the “Partners in Blue Pacific” programme was an effort to reverse what had been a withering US presence — everything from diplomacy to the Peace Corps — in the region for some time.

“This is an attempt to resource that across the board and work with other partners,” he said, while stressing that it was a joint effort.

The move comes months after the US, Australia and New Zealand grew very alarmed about Beijing’s rising influence in the Pacific after the leaking of a security pact between China and Solomon Islands.

The pact sparked concern that China could build a naval base in an area that is closer to Canberra and Hawaii than Beijing, giving the Chinese military much greater ability to project power in the Pacific.

Following the leak of the pact, some officials from the US and its allies conceded that they had not paid enough attention to the Pacific Island nations who occupy strategic locations from a military perspective. It triggered a flurry of diplomatic activity and led to high-level delegations from Washington, Canberra and Japan visiting the region.

Speaking at CSIS, a think-tank, this week, Kurt Campbell, the top White House Indo-Pacific official, said that while the US had made some positive moves, it needed “to step our game substantially”.

At the same event, the Samoan ambassador to the UN, Fatumanava-o-Upolu III Pa’olelei Luteru, welcomed the stepped-up engagement, saying that in the past it tended to be underemphasised by the US.

“We’re glad to see that the US has committed to elevate engagement [and] support for the region,” Luteru said.

Charles Edel, an expert on Oceania at CSIS, said the US had “a much greater chance of success countering China’s actions and influence in the Pacific by working together with like-minded partners”. He added that a multilateral approach would “ensure that the Pacific nations’ needs can be met in a transparent and sustainable manner”.

Earlier this year, the US said it would open an embassy in Solomon Islands, where it has lacked a permanent presence since 1993. The official said the US would further boost its diplomatic presence in the region and would open more embassies beyond Solomon Islands.

He added that other countries, including South Korea, Canada and Germany, had also expressed interest in the initiative. France joined the talks in Washington but decided to hold off participating in the scheme for now. Two people familiar with the situation said Paris wanted to have more consultations with the region before committing.

Liu Pengyu, the Chinese embassy spokesperson in the US, said South Pacific island nations were “not the backyard of any country, still less an arena for geo-political games”.

“China stays committed to openness and inclusiveness. We have neither forced Pacific Island countries to take sides nor imposed our will on them, still less seek selfish interests or so-called ‘spheres of influence’,” he added.