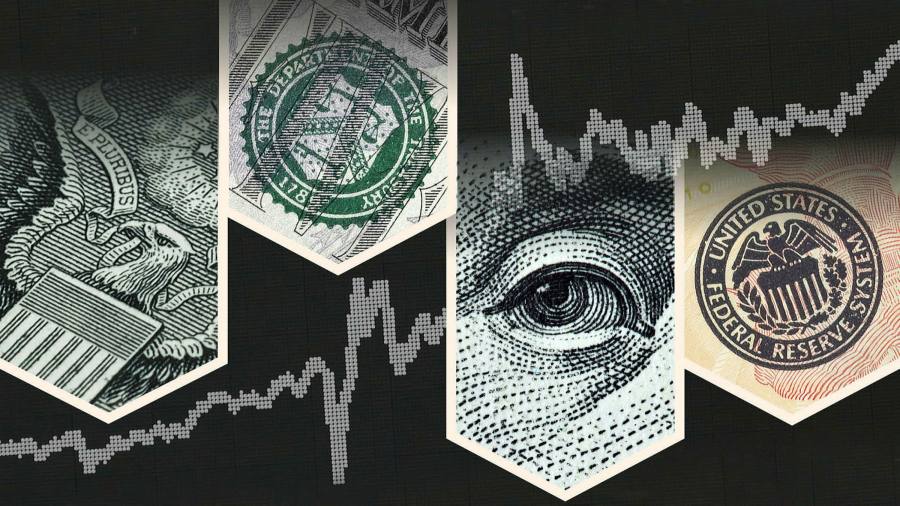 Long-term US government bonds weakened in early European trading after the Federal Reserve lifted its growth and inflation forecasts but stuck to plans to keep short-term interest rates low until at least 2024.

The 10-year Treasury yield, a key benchmark for borrowing costs across global financial markets, rose as much as 0.096 percentage points to 1.738 per cent. It has not held above 1.7 per cent since January 2020, before the market ructions triggered by the coronavirus crisis.

Treasuries that mature in 30 years were also under pressure on Thursday, with the yield rising as much as 0.09 percentage points to 2.51 per cent — the highest level since 2019. Short-term two-year notes were little changed, yielding 0.131 per cent.

Late on Wednesday, the Federal Reserve increased its median projection for growth and inflation in the world’s biggest economy, anticipating that US President Joe Biden’s $1.9tn economic stimulus and a swift rollout of vaccines will boost the outlook.

The Fed maintained a dovish stance at the end of its two-day meeting of its top policymakers, noting the improving outlook while cautioning that a full recovery remained distant, the path ahead was uncertain, and the economy still required ultra-easy monetary policy.

“While we welcome these positive developments, no one should be complacent,” Jay Powell, the Fed chair, said during a post-meeting press conference. “At the Fed, we will continue to provide the economy the support that it needs for as long as it takes.”

More members of the Federal Open Market Committee indicated that they expected a rate rise in 2022 or 2023 than had done so at a December meeting, but the median expectation was still for no increase to the federal funds rate until at least 2024.

The combination of more robust inflation, which erodes the appeal of the fixed-income payments bonds provide, with low short-term interest rates, was seen by some analysts and investors as negative for medium- and long-term bonds that are more sensitive to the broader economic outlook.

“We believe there is room for Treasury yields to rise further,” said Jay Barry, managing director of interest rate strategy at JPMorgan following the meeting. He said bonds of medium-length duration were particularly vulnerable.

The upgrades to the forecasts from Fed officials were significant. Predictions for growth this year were bumped up to 6.5 per cent, from a December estimate of 4.2 per cent, which would be the fastest economic expansion since 1984. Meanwhile, the unemployment rate is now forecast to fall to 4.5 per cent by the end of the year instead of 5 per cent.

Core personal consumption expenditure inflation, the Fed’s preferred measure, is expected to rise to 2.2 per cent and above the central bank’s 2 per cent target, compared with the smaller rise to 1.8 per cent predicted in December.

US government bonds have been under strong selling pressure so far this year. The 10-year benchmark yield began the year at around 0.9 per cent.

Long-term Treasuries, those that mature in 10 years or longer, have dropped more than 14 per cent in price since the start of 2021 as of Wednesday’s close. If the fall is sustained through the end of the month, it would mark the worst quarter on records stretching back to the late 1980s, according to a Bloomberg Barclays index.

Zhiwei Ren, portfolio manager at Penn Mutual Asset Management, said he expected a further increase in long-term rates over short-term ones. “Everyone knows the economy is doing better. That pressure has to go somewhere,” he said.

The most pressing issue for investors across different asset classes is whether the pick-up in bond yields will be enough to derail the stock market. “Our core asset market stance has been to ‘keep the faith’ on cyclical assets,” wrote analysts at Goldman Sachs earlier this week. “The basis for that view has been our belief that our bullish growth forecasts are still not fully reflected in asset prices and that rising rates will not be sufficient to derail that cyclical upgrade. Both elements remain true.”