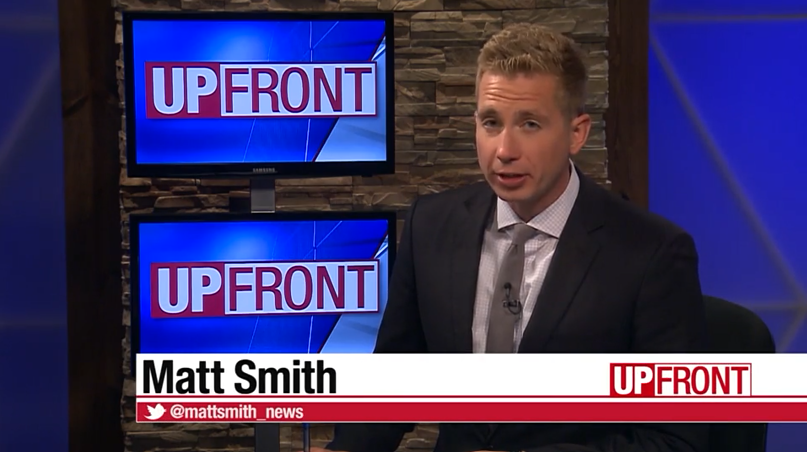 “I feel tentatively confident that we’re going to be able to defeat it, but it’s not clear yet,” council member Bob Mendes said on WISN’s “UpFront,” which is produced in partnership with WisPolitics.com. “I’m going to vote against it, definitely voting against it.”

Nashville and Milwaukee are the two finalists to host the convention.

In June, Milwaukee’s Common Council unanimously voted 13-0 to approve the city’s agreement that outlines its obligations on everything from public safety to private security and hotel space should the RNC pick Milwaukee.

Nashville’s council would need to vote and approve the agreement three times for it to become law.

“First reading if it fails, then it’s dead,” Mendes said. “Nashville just doesn’t need a national political convention at this time when the country is so polarized.”

A spokesperson for Nashville Mayor John Cooper said he “has serious concerns about the unprecedented resources” a convention would bring, adding he “would not consider signing any agreement until after the Metro Council has had a chance to thoroughly scrutinize and conduct its own due diligence on what’s being proposed.”

When asked if this may benefit Milwaukee’s bid, Mendes said, “I sure hope so. I really do.”

Members of Milwaukee’s Common Council are reacting to Nashville’s controversy.

“I will say we made a great case,” Ald. Michael Murphy said. “I’m focused on the fact that this could really provide a lot of financial help for a lot of businesses in our community and a lot of residents who live in our city and work there, and it’s a huge economic increase for our city.”

Ald. Robert Bauman, who voted in favor of the agreement but has also voiced concerns about hosting the convention, said the city was “lied to” about the timeline to approve the agreement.

“We were bamboozled by the RNC,” Bauman said. “We were outright lied to, basically stampeded the council into taking this action.”

The RNC is now expected to make its final decision during its summer meeting in August.

In another segment, Brian Dranzik, director of Milwaukee’s Mitchell International Airport, says airport capacity is still roughly 20 percent down from pre-pandemic levels in 2019, in part because airlines are offering fewer flights.

“Our load factors, how many people are on the plane, is at those levels or higher,” Dranzik said. “So what we see is travel demand is very strong.”

The airline industry is facing intense scrutiny for continued delays and cancellations nationwide.

“There’s a pilot shortage going on right now,” Dranzik said. “It takes a lot of hours to get certified to become a pilot. That’s great, but there was a lot of retirements and a lot of early retirements offered pre-pandemic.”

Dranzik said it could take a couple of years to get back to pre-pandemic levels, not only in terms of numbers but operations.

“There’s a lot of things in play, right?” Dranzik said. “Fuel prices are up, costs of doing business up. Will they go back down? Maybe. Maybe not. There’s a competitiveness factor in that too.”

“My guess is what’s going to happen is either at this point or soon after the circuit court, but I think even before, the people that are arguing the enforceability of the earlier law are going to ask for a petition to bypass and certify it to the Wisconsin Supreme Court,” Geske said. “And I won’t be surprised if they take it. It’s one of those cases that they probably need to decide.”

Geske, now a distinguished professor of law at Marquette University Law School, also says she wouldn’t be surprised if the ruling matched the court’s 4-3 conservative majority.

“This is probably one of the toughest issues, there are a couple issues that exist in the law — one is death penalty and one is abortion that I think it’s really tough for judges, and they try, to set aside personal feelings and personal philosophies and religious philosophies and be able to decide it legally,” Geske said. “And this particular argument is a tough argument, so I would not at all be surprised if it divides into the 4-3 that we often see on these kinds of issues.”

See more from the show:
https://www.wisn.com/upfront