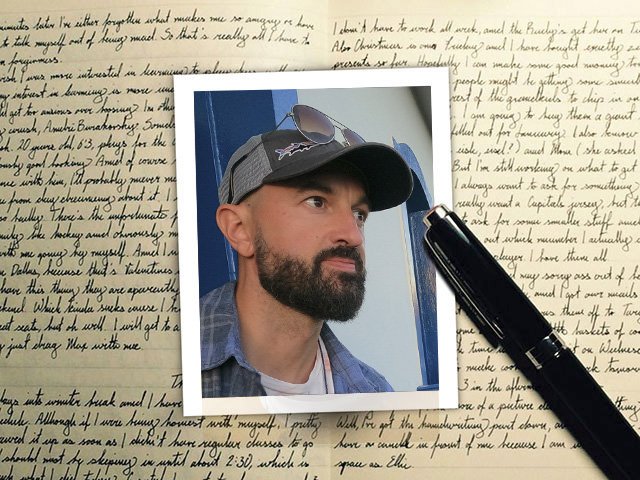 Last summer I embarked on a nine-month solo trip through South America with no real agenda apart from immersing myself in the natural beauty of the continent.

One week in, I was “immersed” in a nightclub in Rio de Janeiro and emerged minus my Samsung smartphone. Now, there are two ways to approach the loss of your phone while traveling a foreign country:

#2) Realize that you are freed from the tyrannical shackles of technology and become present to the infinite beauty of the universe.

I chose the latter and challenged myself to complete my trip sans smartphone. I knew this would be difficult as a first-time traveler in South America with little knowledge of Portuguese or Spanish. I would have to make my way without Google, GPS, or any news outlets telling me where to go (or what to fear).

I began with only a general idea to travel the continent from north to south. Some friends told me I should not be traveling alone without a cell phone…but why?

For 99.9 percent of human history people traveled the earth without cell phones and made all of the greatest natural discoveries — you know, those places where people now line up to take selfies. When has someone ever made a discovery while taking a selfie?

Excerpts from my journal during my first month in Brazil:

Feeling more peaceful, present, and calm with no apps or notifications in my pocket.

Navigating through towns is more enjoyable as I must practice Portuguese with locals to find my way.

Sometimes I hear my old notification bell go off on a nearby phone and experience a brief rush of anxiety, until I remember I have no phone.

Have no watch or alarm to wake me up. But use a combination of roosters, the sun, and church bells to track time.

Each day I engaged a group of local residents to help me determine my path. I met a gregarious, fast-talking guide named Armstrong drinking in a cafe in Manaus, Brazil. He offered to arrange a week-long expedition through the jungle.

Armstrong chartered a boat to take me up the Amazon and left me alone with an Indigenous tribe who were living a peaceful, disconnected life in huts on the riverbank. There I met a shaman and his sons who showed me how to forage the jungle for medicinal plants. A few evenings later, the shaman led me through an ayahuasca ceremony, in which I left my body and crossed into the spirit realm.

Just try to find this on TripAdvisor.

Increasingly, people are spending more time indoors in front of screens, and less time connecting with nature. This affects our mental and physical health. Even young children now experience the world for the first time through screens. Yet society keeps pushing technology deeper into our lives without considering the consequences.

In my remote lodge with no electricity, I was awakening from this computer-generated dreamworld.

Upon returning to the city and witnessing the plagues of plastic waste and technological addiction, I felt a newfound spiritual pain and resolved to stay in nature for as long as possible. In Santa Cruz, Bolivia, I met a Canadian who sold me his used Royal Enfield motorcycle. I loaded it up with all the gear necessary for me to reach the end of the continent.

Next I embarked upon Che Guevara’s route through the Andes and stood on the spot in La Higuera where he was executed by CIA-backed Bolivian army cowards.

On the journey, I was often totally alone, riding 50-mile stretches off-road between villages, hardly seeing another human all day. This can seem scary with no phone, until you realize that your phone can’t save you in the middle of the Andes. What can save you is carrying extra gasoline, water, food and tools.

The more time I spent camping in the wild, the more I realized that nature is not some separate entity, but rather part of me; “One vast awakened thing,” as Jack Kerouac once wrote.

Oftentimes I missed a turn, or felt totally lost, only to remember that I had no destination to reach at the end of the day. So I just rode until the sun was setting, or until I was too tired, hungry or low on gas. Then I located the nearest hostel or campsite.

Most of my fears came from the weather.

Riding my motorcycle through Argentinian Patagonia, I was slammed to the pavement by a 50-mph wind cyclone. Looking for shelter, I crossed a closed border into Chile and was detained by agents who impounded my motorcycle. With no Google translator, I had to muster all my Spanish skills to reclaim my bike and freedom from the authorities.

Finally I continued south towards Cape Horn, where I boarded a ferry and sailed through the Strait of Magellan to the southernmost city on Earth: Puerto Williams.

Exhausted and unwilling to endure further windstorms, border crossings or other indignities, I sold my motorcycle on the streets of Chile and booked my flight back to the U.S.

During my trip I visited some internet cafes to message my family, upload photos, and pay off my credit card. Toward the end, I bought a tablet with Wi-Fi to update my travel blog. But I never had connectivity on the road.

Now I’m back in Wisconsin, celebrating my one-year anniversary with no cell phone. It’s the first time I’ve been truly unplugged since I was a kid in the 1980s, blissfully riding my Huffy bike around the streets of Sun Prairie.

That was before I plugged in my first Nintendo.

Alec Loftus is a consultant and traveler who blogs at  RenegadesLogbook.com.

If you are interested in submitting an essay to Isthmus, please query lindaf@isthmus.com.