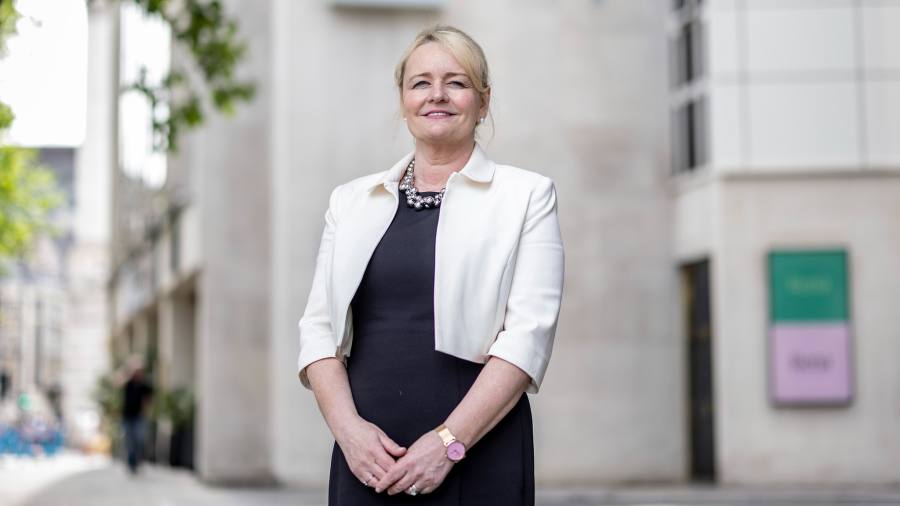 Not long before she became general secretary of Unite the Union, a chief executive in the construction industry told Sharon Graham that if he never saw her again it would be too soon.

She took it as a compliment. She may be getting more of them.

Her approach sounds traditional. “I felt like this was a moment for the union movement to be reborn. I thought that we could win — more than we were winning — focusing on jobs, pay and conditions.”

It was an abrupt shift for a union that had, she says, developed an “obsession” with the Labour party. Even before McCluskey’s decade-long tenure, it had in her view been too focused on individuals. “You’ve got to mobilise, build the collective . . . Not understanding that our strength came from a collective position weakened the union dramatically, quite frankly.”

High inflation and a cost of living crisis are unleashing more industrial strife than the UK has seen in years. This isn’t the 1970s: union membership may have risen slightly in recent years but remains — along with days lost to strike action — at historically low levels. Still, the rail unions have voted for the biggest strike in decades, which the government has countered by suggesting the tightening of laws around industrial action.

London-born Graham’s affinity for collective action started at 17, when as a silver service waitress she led a protest against agency workers being paid less than other staff. “I said, ‘Right OK, we’ll serve the first course but we’re not going to clear.’

“The biggest lesson I learnt from that was I believed that the weight of argument — you being right — meant that you could change things. Then you learn, no it’s not because that’s not how the world is.”

Her instinct to negotiate started much earlier. Age nine, as the oldest of three sisters in Hammersmith, she took issue with their older brother’s more generous pocket money. “I was saying, hang on a second, that means he can have more sweets. Why is he allowed more sweets? I just thought it was outrageous! It was a massive triumph for me — and I got to go to bed half an hour later. I had a good win.”

If her predecessors were obsessed with Labour, Graham appears obsessed with winning. She built the organising function at Unite. “The department started really with me . . . and 17 years later we had 135 organisers and we were advising other unions in other countries how to run leverage.”

Leverage — pronounced leeverage, in part to distinguish it from the financial term — is her approach of finding ways, beyond strike action, to pressure what she calls “hostile employers”. One Conservative party figure last year called the tactic “sinister”; others say it can become unduly personal, targeting people’s homes or families.

Graham rejects that. “I’ve run probably 16 or 17 leverage campaigns and we’ve never lost one. None of them stepped over the line because what leverage is about is you follow the money . . . making sure we are putting pressure points on things that are important to that organisation. And they haven’t really been able to deal with it.”

That means analysing the company, its directors, its clients, potential future clients, or suppliers — in the UK or overseas — for places to advance the union’s cause. It has included briefing Norwegian politicians about a sacking on Manchester’s buses as owners Go Ahead eyed bidding for a rail contract in the country, and closing a bridge in Toronto operated by a contractor to Crossrail.

What it doesn’t involve is the company’s shareholders. Graham doesn’t shy away from the City: she spent two hours answering questions from nearly 50 analysts in the 2020 stand-off against British Airways’ “fire and rehire” proposals. But institutional investors aren’t typically a help: “Those shareholders are so linked to that company, it’s really unlikely that they’re going to suddenly go, ‘You know what, that company’s terrible, I’m going to force them to do something else’.”

What about ESG, or active engagement and stewardship? “Absolute load of pants,” she says, “they call it a different term every time. They say the right thing. But it never really changes . . . In my experience they are very unlikely to move the employer into a position. And for me, it’s about winning.”

Graham’s win to become the boss of Unite upset the established order sufficiently that there is a running joke that “they handed over to the wrong candidate”, referring to the expected transition to McCluskey’s pick Steve Turner.

“Within 48 hours, I brought together all of my stewards in dispute: let them know that the union had their back, that I would be personally involved in the disputes, I would be on the picket lines,” she says. The details were laid out in Graham’s 8,000-word manifesto. A new unit provides research, tech tools and forensic accounting support to those in dispute. Unite has an economist for the first time, working on the Unite Bargaining Index (based on the higher RPI measure of inflation) and a profiteering commission looking at pandemic profits. Graham reckons her approach is “probably more worrying to bad employers than whether or not we support the Labour party”.

She is talking to counterparts in the US and Germany about organising at Amazon, and is developing the union’s work in hospitality: “I’m going to put quite a lot of resource into this, where we now try to win for young people who are in these types of jobs, on zero-hours contracts, not getting proper holidays.”

Then there are her “combines”, bringing together workers across a sector to agree what terms and conditions, or best practice, should look like. You can’t fault her ambition: the first combines will include attempts to reopen defined benefit pension schemes [in which the employer guarantees the pension payments]. “We’ve got so timid. We’ve said ‘let’s try and save them’. There was a time when we created these DB schemes. And it was about social responsibility and employers understanding that this was deferred pay.

“We are essentially using the power within the union to create industry benchmarking. It’s also about ability to pay . . . in many industries, workers get a crap piece of the pie.”

There is a looming question about what slice of the union pie the Labour party can expect. Unite has already cut contributions and threatened more reductions after a bust-up over Labour-run Coventry council’s treatment of bin workers.

“I’m going to use that money to mobilise in communities around things like the cost of living, poverty in old age, investment in manufacturing — instead of me sitting there screaming ‘Why aren’t you listening and seeing what is happening to people out there?’ So we’re going to use that money to mobilise — and what politicians will do is they will follow.” The strike fund is also getting boosted from £36mn to £50mn

Graham is scathing about Westminster in general. “They’re not getting it, politicians of all parties. It doesn’t seem to me that they’re seeing the hurt, the fact that people can’t continue the way that they are. This rhetoric comes out about the choice between heating and eating. It’s not a choice. They’re not making a choice between a pair of shoes and a bottle of wine.”

But what about when a general election is called? Unite gave £3mn to Labour in 2019. “It depends on what they’re doing . . . I’ve said it to Keir [Starmer], I’ve said it to many people. I expect the Labour party to defend working people, unashamedly to come out and say ‘that is wrong’, not have a focus group, or wait to see where the wind’s blowing.”

My heroes have always been plural. The collective. Ordinary men and women who have come together to make change. For example, the Ford women machinists who went on strike in 1968, whose action actually inspired the Equal Pay Act; every person in the anti-poll tax movement that forced back that grossly unfair tax. Of course, there have to be individual leaders, but it is the collective of ordinary people that puts them at the forefront of history.

I have learnt that ‘leadership’ is to truly lead from the front, waking up every morning with real focus, pushing the boundaries, having real belief in what you are doing and building the confidence for others to win. Be yourself. You don’t always have to follow the trodden path. You don’t have to always do things just because they’ve always been done.

What would you do if you were not general secretary of Unite?

To be honest I can’t think of my life beyond the work of the trade unions. I would say though, I think I would be a thorn in the side of unfairness somewhere — an agitator. The inherent unfairness in society is something that I’ve wanted to change for as long as I can remember.

Laura Wilson Photographed Her Sons Like Hollywood Never Could