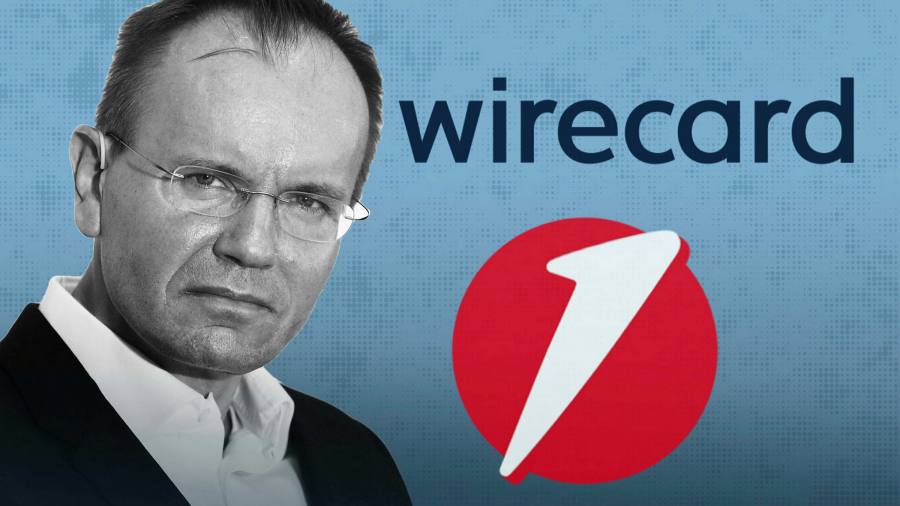 A senior investment banker at UniCredit was moonlighting as a highly paid financial adviser to Markus Braun’s family office until just before Wirecard’s collapse, entitling her to around €800,000 in payment from the former chief executive of the disgraced German group.

Jana Hecker, a former banker at Goldman Sachs and Deutsche Bank, joined UniCredit as head of global syndicate and capital markets in March 2020. In the following three months before Wirecard collapsed into insolvency last June, she spent more than 150 hours working for Braun in a private capacity, according to documents reviewed by the Financial Times. Between February and May 2020, she advised Braun on the refinancing of €110m in loans which Deutsche Bank wanted to terminate.

Hecker had already worked with Braun in her previous position at Deutsche Bank. She began work on the then-billionaire’s refinancing project in late February 2020, just days before she began her new job at the Italian lender, where she is in charge of global equity capital markets origination and execution activities.

Braun had been in severe financial troubles from late 2019, when Deutsche Bank told its longstanding client that it wanted to terminate a €150m margin loan facility that was set up two years earlier. The chief executive, who was Wirecard’s biggest shareholder, had pledged half of his 7 per cent stake as collateral. Germany’s largest lender severed the loan after the Financial Times raised serious allegations about fraudulent accounting in 2019, triggering a special audit into Wirecard’s financial reporting by KPMG.

Documents show that in January 2020 Braun faced the imminent forced sale of parts of his shares pledged to Deutsche Bank as he was unable to provide enough cash to the lender. In a last-minute decision, he took an unsecured €35m loan from Wirecard Bank, which was paid out before the group’s supervisory board was informed about the transaction.

Wirecard’s supervisory board forced Braun to repay the loan, which bore a 12.55 per cent annual interest rate, by the end of March, putting him under enormous pressure to find a permanent refinancing. Braun turned to Hecker, who during her time at Deutsche Bank had helped to set up the original margin loan.

After the successful refinancing, on June 1 last year Hecker told Braun’s sister Marlies Braun in an email that “it was a great pleasure to work so closely with you and your brother and to support you with regard to the refinancing of [MB Beteiligungsgesellschaft]” — Braun’s family office.

Hecker sent over a detailed summary of her work for the family office since late February, detailing 156.5 hours of work, of which more than 97 per cent was done between March and May.

“I happily employed my expertise and market knowledge as well as my network and my standing to refinance your legacy loans,” she told Marlies Braun. She added that the environment for the refinancing had been difficult, due to volatile markets during the first wave of the Covid-19 pandemic and the “market perceptions of the KPMG report’s findings”.

The devastating special audit by the Big Four accountancy firm, which was published in late April, could not prove the existence of large parts of Wirecard’s Asian business and billions of corporate cash. Wirecard’s shares tumbled 31 per cent on the day when the results of the audit were published.

In the June 1 email, Hecker pointed to her contractual agreement with the family office that entitled her to some €100,000 in fixed pay and a performance-related bonus of between €510,000 and €870,000.

“I am convinced that I was able to provide significant added value,” she wrote, asking Marlies Braun to come up with a concrete proposal for her pay. “We can agree a longer-running compensation that aligns our mutual interest, for example in the form of a participation in share price gains in Wirecard which were secured by the refinancing,” she added.

In a subsequent email to her brother on June 3, Marlies Braun suggested paying Hecker around €790,000 for the work done. “Ideally, let’s discuss this calmly over the weekend,” she told him.

Two people familiar with the details told the FT that “not a single cent” was ever paid out to Hecker as Wirecard collapsed weeks later.

Braun lost his job at Wirecard and was subsequently arrested by Munich police while his lenders were rushed to sell down his shares in a desperate attempt to cut their exposure to the payments company as it imploded.

Braun, who has been in police custody since last summer, is accused by Munich prosecutors of being the linchpin of a criminal racket that conducted “fraud in the billions”. He denies all wrongdoing.