‘Unfortunately, there’s going to be a sugar high’: GOP attacks on COVID-19 package start with a bang 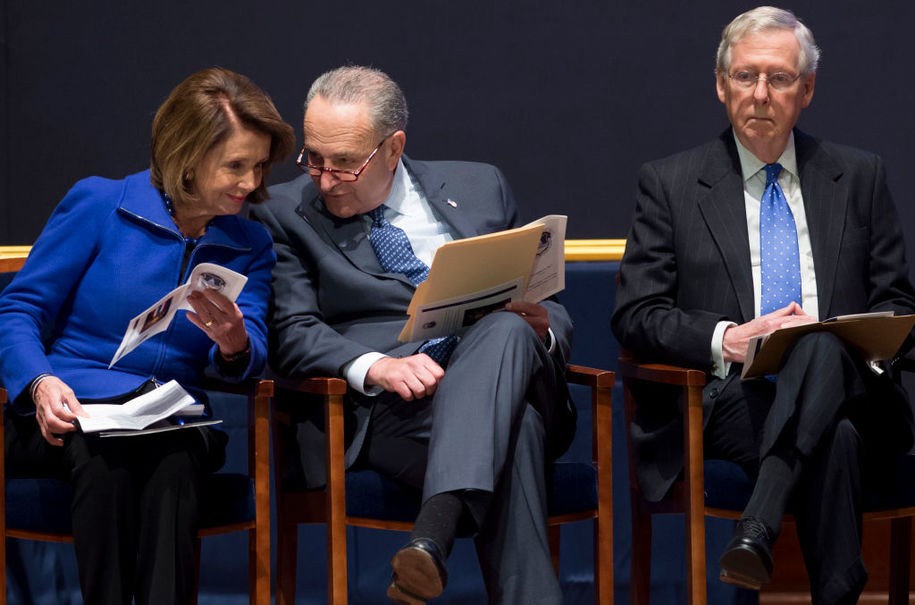 The GOP’s main attack line charges that the bill amounts to a liberal wishlist of socialist ideals. “Nobody denies that there’s some stuff in the bill that’s popular,” said Chris Hartline, director of communications for the National Republican Senatorial Committee. “But the cons of this bill have more staying power than the pros of this bill.”

And here’s Sen. John Cornyn of Texas straining to find the silver lining for united GOP opposition against a bill that has only grown more popular the more people learn about it. “Unfortunately, there’s going to be a sugar high because free money is very popular,” said Cornyn, a former chairman of the National Republican Senatorial Committee. “But people are going to realize that only a small portion of the money was actually directed toward COVID-19. … So this may be temporarily popular, but it’s going to wear thin over time.”

The problem for the GOP is that the bill isn’t just the one-and-done sugar high that Cornyn describes. Americans who have lost their jobs or income due to the pandemic—which includes 44% of households, according to AP-NORC polling—are going to get a lot more than a one-time direct payment to their bank account. They will also continue getting expanded unemployment insurance through September. If they have children, they will receive monthly direct payments to their bank accounts totaling at least $3,000 a year for each child. If they’ve lost their health insurance, many of them will be eligible for increased Affordable Care Act subsidies. And if they are paying out-of-pocket to continue their employer-based coverage through COBRA, most or all of that cost will be picked by the federal government for the next two years. Republicans are talking about theoretical harms, while Democrats are producing tangible goods. In fact, every family with kids will be getting a monthly reminder of how the Democratically controlled federal government is helping them.

All of those provisions will prove enormously popular, particularly for the nearly half of U.S. households that have suffered pandemic-related financial losses. Once more, many of those provisions could get extended if Democrats maintain control of Congress, while they would very obviously be dead on arrival if Republicans capture either chamber. So Democrats get two bites at the apple—not only can they say, “Look what we did for you,” but also, “And we plan to do more of it if you put us in charge again.”

NBC News reports that Republicans also plan to focus their ads on anti-immigrant messaging that the bill benefits undocumented immigrants as well as fearmongering related to transgender athletes participating in girls sports. Certainly Dr. Seuss will also fit into that messaging because no election cycle is complete without the GOP fanning the flames of a culture war on every possible front. But guess when people don’t have the luxury of getting consumed by culture wars—when they can’t put food on the table.

So let’s shout away because the messaging war is far from over. A recent Monmouth University survey found that 52% of respondents said they’ve heard “a lot” about the bill while 47% have heard “a little” or “nothing at all” about it.

But messaging aside, many Americans are going to be getting monthly reminders of what Democrats did for them.