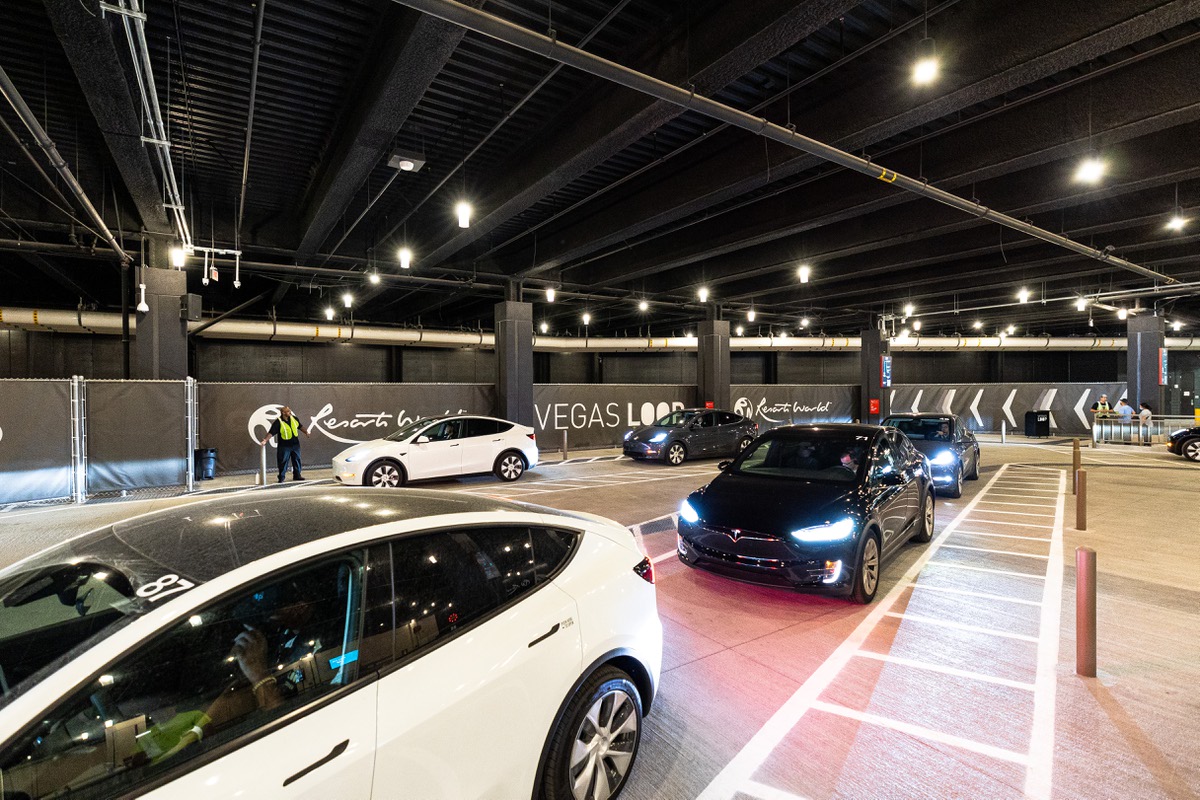 A view of the passenger station at Resorts World Las Vegas for an underground transit system taking people between the Strip casino and the Las Vegas Convention Center.

Passengers are whisked nonstop between the properties via tunnels in Tesla electric vehicles. The system is already in use to transport people around the Convention Center campus.

The new passenger station will be the first of over 55 stops anticipated to form the Vegas Loop, which aims to eventually transport thousands of passengers an hour throughout the resort corridor, Resorts World officials said.

The Boring Co., owned by Elon Musk, has proposed a 15-mile underground loop with stops along the Strip, downtown Las Vegas and Allegiant Stadium. Eventually, the line could be extended to Harry Reid International Airport.

Boring Co. is expected to fund the tunnel system, with individual properties paying for passenger stations.

“Today marks a monumental moment not only for our resort but for Las Vegas,” said Scott Sibella, president of Resorts World Las Vegas. “Our passenger station will make a visit to our resort from the Las Vegas Convention Center easier than ever and eventually connect us to key destinations throughout the city.”

Hours of operation for the Resorts World station will vary based on the Convention Center events and convention calendar, officials said.

Steve Hill, president and CEO of the Las Vegas Convention and Visitors Authority, called the opening of the station “an important step in the development of a game-changing transportation solution in Las Vegas.”