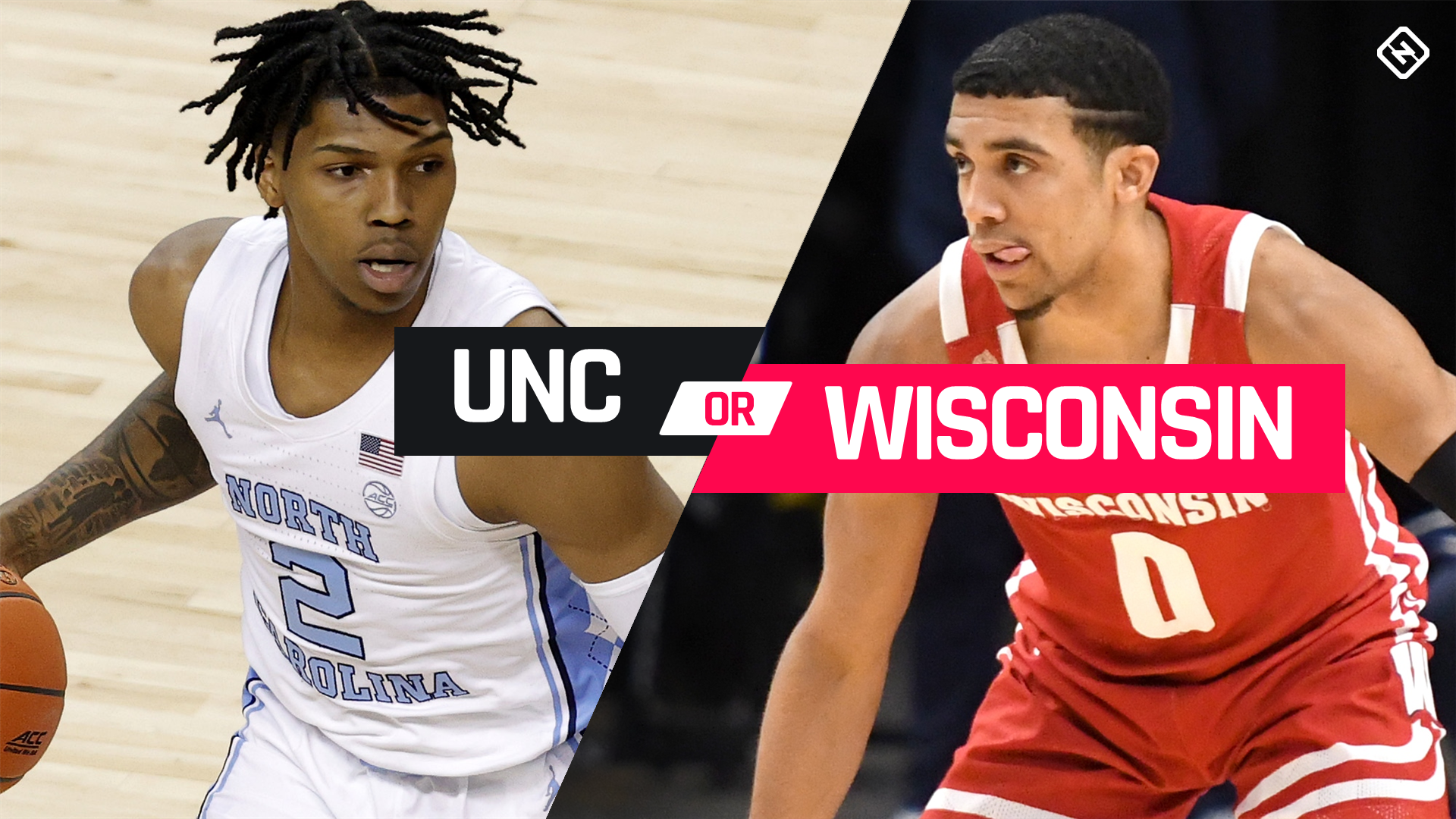 There’s nothing like looking at the 2021 NCAA Tournament field and sitting down to fill out your bracket. You take a look at the regions, figure out which team you think will advance, and then go to town checking out filling in all the potential winners.

Every year, the head-scratchers prove to be the 9-8 matchups; and 2021 is no different. Though few pick 8 or 9 seeds to go deep into their brackets since they almost always play the No. 1 seed in the next round, those picks can prove to be crucial. And if you do end up picking the right teams in those matchups and pick one of those squads to beat the No. 1 seed correctly, it gives you some key differentiation in high-stakes bracket pools.

This year, the 9-8 matchup of the most intrigue has to be between Wisconsin and UNC. Mere weeks ago, the idea of the Tar Heels was met with quizzical looks, but they have done just that after a strong finish to the season. Meanwhile, the Badgers are heading in the opposite direction, having struggled against the elite members of the loaded Big Ten later in the year.

Despite their divergent paths, Wisconsin (17-12, 10-10 Big Ten) and UNC (18-10, 10-6 ACC) have very similar records. Of course, the Big Ten is much stronger than the ACC, but you can never count out a blue blood team like UNC, especially with Roy Williams in charge as their head coach.

With that, here’s everything you need to know about the matchup between Wisconsin and UNC, including rankings, key players, season breakdowns and more:

Wisconsin-UNC is scheduled to be the 14th overall game played in March Madness, and the 10th of the official first round of the NCAA Tournament. According to FanDuel Sportsbook, UNC is favored slightly in the contest. Below are the details of their game, including the betting odds, time, TV and venue.

Historically, Wisconsin has been one of the powerhouses of Big Ten basketball. They have qualified for the NCAA Tournament in 20 of the last 21 seasons and made it to the Final Four in consecutive seasons, 2014 and 2015, and finished as the runner-up to Duke during the ’15 season. The team transitioned smoothly from Bo Ryan, who coached the team for 15 years but retired during the 2015-16 season, to Greg Gard and Gard has gotten them to the Sweet 16 twice in ’16 and ’17.

During the 2020-21 season, the Badgers started well, posting a 10-2 record in their first 12 games. However, they sputtered down the stretch, losing nine of their last 14 against a tough Big Ten schedule. During their losing stretch, they lost to ranked teams on nine occasions including Iowa (thrice), Michigan (twice), Illinois (twice), Ohio State and Purdue.

The Badgers struggles can certainly be chalked up to an extremely difficult schedule, and they did beat three ranked teams this year including Louisville, Michigan State, and Minnesota. They also beat tournament-bound teams including 10-seed Maryland, 10-seed Rutgers, 8-seed Loyola Chicago and the aftermentioned Michigan State, who are playing in the First Four.

It looked for the longest time like UNC would be on the outside looking in for an at-large bid, but they had a strong run in their final six games to push their way into the tournament. In their final six games, they went 4-2 with their two losses being by a combined five points. They very nearly made it to the ACC Championship Game as a No. 6 seed in the tournament.

Because of that and their late-season wins over 11th-ranked Florida State and 23rd-ranked Virginia Tech, it’s not a surprise to see the Tar Heels make it into the tournament. They are a bit lower-seeded than Sporting News’ Bill Bender projected, but that shouldn’t matter in the first round for what looks like an evenly-matched game in terms of talent.

This Wisconsin-UNC matchup figures to be a low-scoring contest. Both teams are among the top-15 teams in the NCAA in defensive efficiency. While neither offense is bad, this 9-8 matchup feels like it’s going to be more of a grind-it-out contest than anything else.

However, if the Badgers can get going early from deep, they will have a chance to build a lead that UNC might have trouble climbing back from. The Badgers rank 72nd in the NCAA with a 3-point percentage of 35.94 while UNC’s 31.65 percent mark from deep ranks a paltry 270th. Wisconsin has four regular rotation players that shoot 37.5 percent from behind the arc in Jonathan Davis, D’Mitrik Trice, Brad Davison, and Micah Potter, so if they can get into a 3-point shootout, the Badgers will be well-positioned to win.

That said, it has never been easy to beat the Tar Heels in opening round games at the NCAA Tournament. UNC is 15-0 in the first round under coach Roy Williams, and all teams that he has coached dating back to his Kansas days have been perfect in the first round. Williams will surely have a great game-plan ready to come out and attack Wisconsin with. That may involve guarding the perimeter heavily and using the length of guys like Armando Bacot, Garrison Brooks, and Day’Ron Sharpe to both the Wisconsin shooters inside and outside.

It’s also worth noting that UNC ranks third in the NCAA in rebounds per game, so their size and physicality allow them to dominate the glass against a Wisconsin team that ranks 256th in total rebounds per game. Given the strength and length of this UNC team, it wouldn’t be a surprise to see Williams keep his pristine first-round record intact unless Wisconsin comes out of the gates red hot.

History of 8 vs. 9 matchups in NCAA Tournament

In truth, throughout the history of the NCAA Tournament, the 9 and 8 seed matchup has been relatively even. It’s the biggest coin-flip on any bracket, and it’s the only one of the typical first-round matchups where the underdog has an advantage over the higher-seeded team. The No. 9 seeds hold a slight edge of 72-68.

If you’re looking at recent history, the No. 8 seed has held a slight edge of late. They have posted a 24-20 record over the last 11 NCAA Tournaments, but it is worth noting that No. 9 seeds won all the 9-8 matchups last year.

So, what does this mean? This game really is a coin-flip and it’s one that the trends may not tell us much about. As such, it’s more important to look at the matchup in this case, and it would appear that UNC has a slight advantage in this matchup.

Below is a breakdown of the wins 9 seeds have enjoyed over 8 seeds the last 10 tournaments: