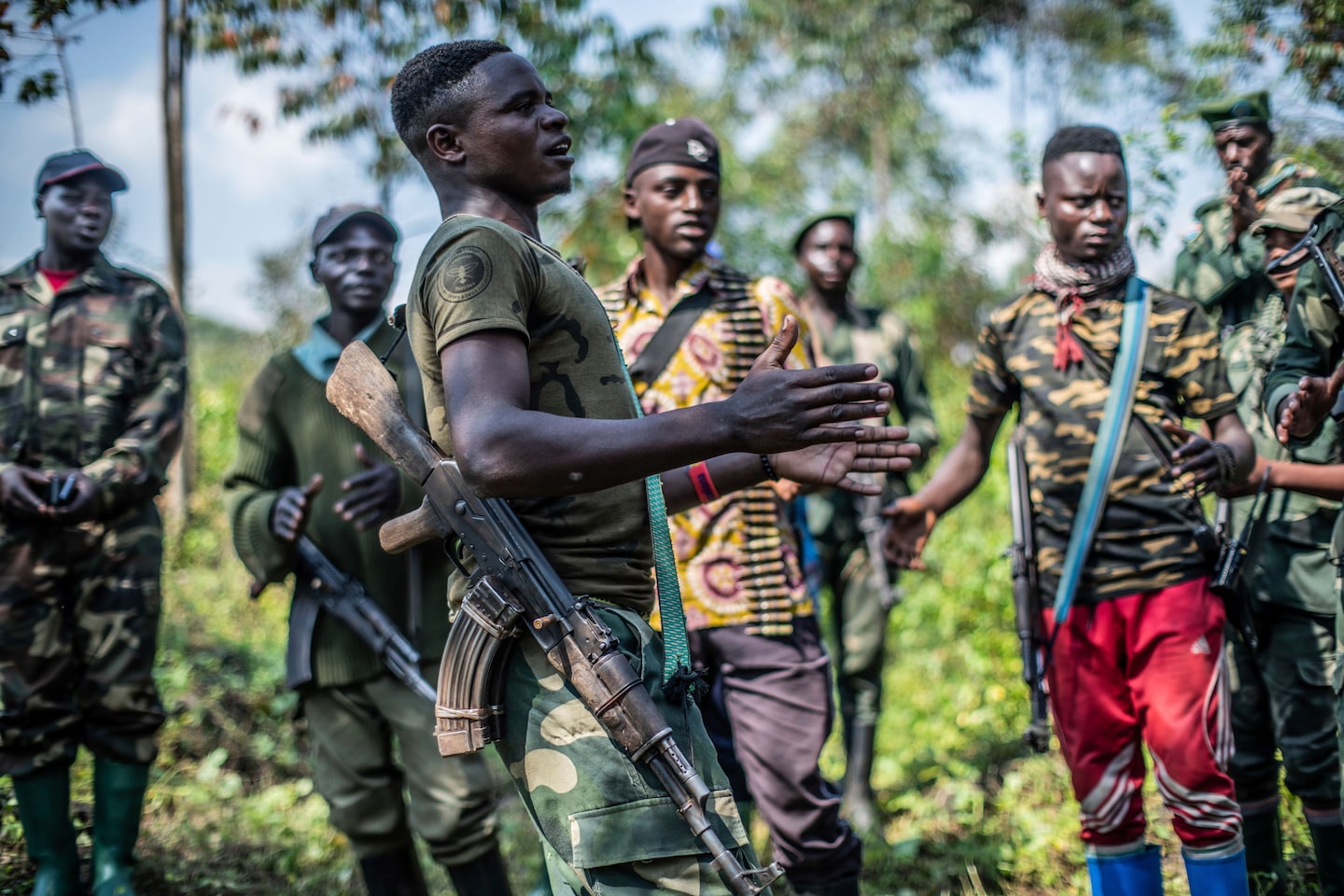 UNITED NATIONS — The U.N. special envoy for Congo warned Wednesday that the M23 rebel group has increasingly acted as a conventional army during escalating military action in the country’s volatile east and could threaten the U.N. peacekeeping force charged with protecting civilians.

Bintou Keita urged the U.N. Security Council to fully back regional efforts to defuse tensions between Congo and Rwanda over M23 rebels and other armed groups that have raised fears of war between the neighboring countries.

She also urged Congo and Rwanda to seize the opportunity to resolve their differences at an upcoming summit hosted by Angola’s President Joao Lourenco in the capital, Luanda.

Eastern Congo, which borders Rwanda, lives with the daily threat from dozens of armed groups that jostle for a piece of the region’s rich mineral wealth, which the world mines for electric cars, laptops and mobile phones. The M23, one of the most notorious rebel groups, surged into action this year and captured a key trading town in eastern Congo this month.

Congo has accused Rwanda of supporting the M23, which Rwanda has long denied. Each country has accused the other of recent incursions.

On June 20, east African leaders meeting in the Kenyan capital, Nairobi, responded to the threat of war by instructing a new regional force to deploy in eastern Congo and ordering an immediate cease-fire.

Keita told the Security Council that “during the most recent hostilities, the M23 has conducted itself increasingly as a conventional army rather than an armed group.”

“The M23 possesses firepower and equipment, which is increasingly sophisticated, specifically in terms of long-range fire capacities, mortars and machine guns as well as precision fire against aircraft,” she said. “The threat that this poses both for civilians” and U.N. peacekeepers “who have a mandate to protect them is evident.”

The M23 offensive has had a major impact on civilians, causing the death of 23 people including six children in May and June, and displacing more than 170,000, the U.N. special representative said.

Keita warned that if the M23 continues “its well-coordinated attacks” against the Congolese army and the U.N. peacekeeping force known as MONUSCO “with increasing conventional capabilities, the mission may find itself confronted by a threat that goes beyond its current capabilities.

She also cited threats from other armed groups.

As government forces and the U.N. peacekeeping body shifted troops to focus on the M23, Keita said other armed groups “sought to take advantage of the resulting security vacuum,” increasing attacks in North Kivu and Ituri provinces that killed more than 150 civilians between May 28 and June 17.

Fortunately, she said, the regional force will be based in Goma, eastern Congo’s largest city, where U.N. peacekeepers have a coordination center with the Congolese army. She also stressed the importance of the regional force’s commitment to human rights.

Keita said MONUSCO has been informed that the regional force’s headquarters will be deployed by the end of July and its troops should come sometime in August.

Keita said she was encouraged by the commitment of Congo’s government to pursue consultations with armed groups and encourage them to lay down their arms and join a national disarmament program, adding that several groups expressed their willingness.

Julienne Lusenge, president of the Congolese organization Female Solidarity for Integrated Peace and Development, told the council about the impact of the worsening conflict in the east on women, saying mothers are cooking “soil to feed their children instead of boiling corn or soya.”

Lusenge also told the story of a woman whose family mortgaged land to pay $700 to ransom a relative. She was kidnapped when she went to deliver the money, forced to cook the entrails of a man who had been killed that were fed to prisoners, and repeatedly raped. After being released, she was detained by another group as she headed home, held as a sexual slave and forced to cook and eat human flesh. She escaped, returned to her village, and learned the family member she went to ransom had been murdered.

Lusenge urged the Security Council to end “any ambiguity of what is happening in the east,” saying U.N. experts have shown Rwanda’s involvement with the M23. And she urged increased protection for civilians to prevent deaths and sexual violence against women and girls, medical and psychological support for survivors, and strengthened dialogue to end the violence and restore stability to eastern Congo.