Ukraine’s Zelensky says stalemate with Russia ‘not an option’ 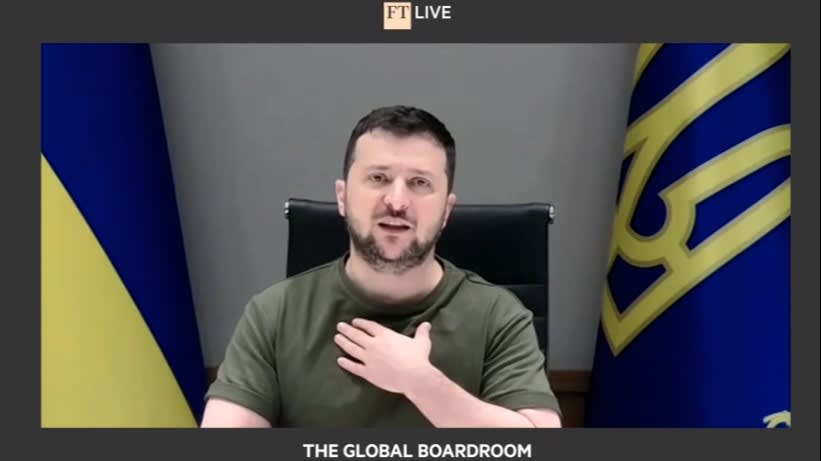 Ukrainian president Volodymyr Zelensky said a stalemate in the war with Russia was “not an option for us” as he once more appealed for western military support to restore his country’s territorial integrity.

“We are inferior in terms of equipment and therefore we are not capable of advancing,” he said. “We are going to suffer more losses and people are my priority.”

Speaking to Financial Times editor Roula Khalaf at the FT’s Global Boardroom conference on Tuesday, Zelensky said pushing Russian forces back to positions occupied before the February 24 invasion would amount to a “serious temporary victory” for Ukraine but full sovereignty over its territory remained his ultimate goal.

Zelensky said “victory must be achieved on the battlefield”, but he also insisted he was open to peace talks with President Vladimir Putin despite atrocities committed by Russian troops during their 100-day onslaught.

He added that western sanctions “have not really influenced the Russian position” and hit out at Kyiv’s partners for urging a ceasefire in the conflict without defining the conditions, namely for Moscow to end its offensive.

“Everyone is acting like a cipher. They are supporting Ukraine but also checking what can be done to weaken sanctions so business doesn’t suffer,” Zelensky said.

“How can we achieve a ceasefire on the territory of Ukraine without listening to the position of this country? This is very surprising.”