Ukraine fights to hold on to Lysychansk after Severodonetsk retreat 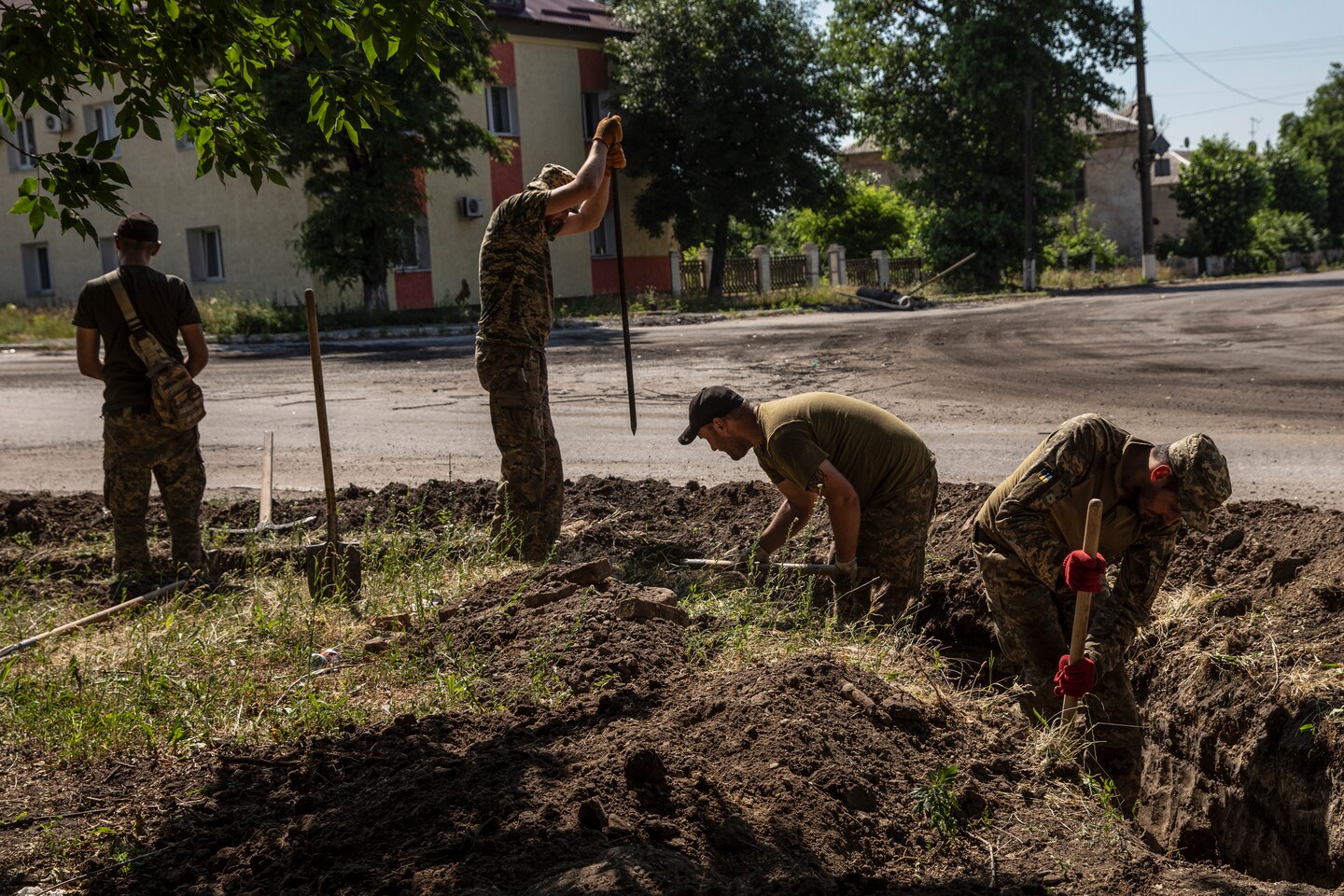 Ukrainian forces are fighting to hold on to the eastern city of Lysychansk, Kyiv’s last foothold against a Russian onslaught in the Luhansk region after its troops withdrew from neighboring Severodonetsk.

Serhiy Haidai, the governor of Luhansk, announced the retreat of Ukrainian troops from Severodonetsk amid mounting casualties. The remaining soldiers will be relocated to new, fortified locations, he added. Ukraine’s “professional, tactical retrograde” should not be taken as a sign of defeat, a senior U.S. official said, because Russia has made only incremental gains while a large number of its troops have been killed.

Five miles south of Severodonetsk, Ukrainian defenders have been digging trenches around Lysychansk this week to seal the city to everyone but military and humanitarian rescue missions. Russian forces have tried to enter Lysychansk from the south, Haidai said in a Telegram post Saturday, injuring at least two children in recent days.

A military base near the western Ukrainian town of Yavoriv was hit early Saturday by four Russian missiles fired from the Black Sea, regional governor Maxim Kozytskyi said. Missile strikes were also reported on Chernihiv and Zhytomyr in the north – with a total of 48 missiles attacks across the country, according to Ukrainian presidential advisor Mykhailo Podolyak. At least 35 people were killed in a similar attack on Yavoriv in March.

As Russian troops threaten to seize control of the entire Luhansk region, President Biden is set to confer with leaders of the Group of Seven advanced industrial nations.

When the G-7 leaders met in March, there was an unprecedented consensus on an unconditional need to back Ukraine, as well as optimism given Kyiv’s unexpected successes on the battlefield. When the latest meeting starts in Germany on Sunday, however, the mood is likely to be more somber, with the fallout of a protracted war, including high prices as well as the food and energy crises caused by the war, causing fractures among Western nations.

Russia targeted Ukrainian ammunition to weaken Kyiv on the battlefield

Top Western diplomats are also working to resolve Russia’s Black Sea blockade of Ukrainian grain exports, although a path forward remains elusive. On Friday, Secretary of State Antony Blinken told reporters at a news briefing that Russia is the sole impediment to Ukrainian grain shipments from ports such as Odessa. He dismissed Moscow’s accusations that Ukraine is mining its waters and said it “makes no sense” for Russia to inspect Ukrainian ships leaving these ports.

“By what right or by what logic does Russia insist on inspecting Ukrainian sovereign ships leaving Ukrainian ports going to other countries?” Blinken said. He added that it is Kyiv that needs reassurances that Moscow would not use the opening of the ports to launch new attacks.

Romania, a member of NATO and the European Union, has taken on the task of processing some of neighboring Ukraine’s harvest, with the majority shipped there by barge down the Danube River. The Black Sea port of Constanta, the largest in Romania, has processed nearly 1 million tons of grain since war broke out, according to the Associated Press. But operators there say that strong assistance from the rest of the E.U. is needed for the port to even maintain its current level of output.

“If we want to keep helping Ukrainian farmers, we need help to increase our handling capacities,” Dan Dolghin, who heads cereal operations at Constanta’s main Comvex terminal, told the AP. “No single operator can invest in infrastructure that will become redundant once the war ends.”

Missy Ryan contributed to this report from Berlin. Matt Viser and Ashley Parker contributed from Munich.

Zero-Covid: How Xi's flagship policy is spoiling his party