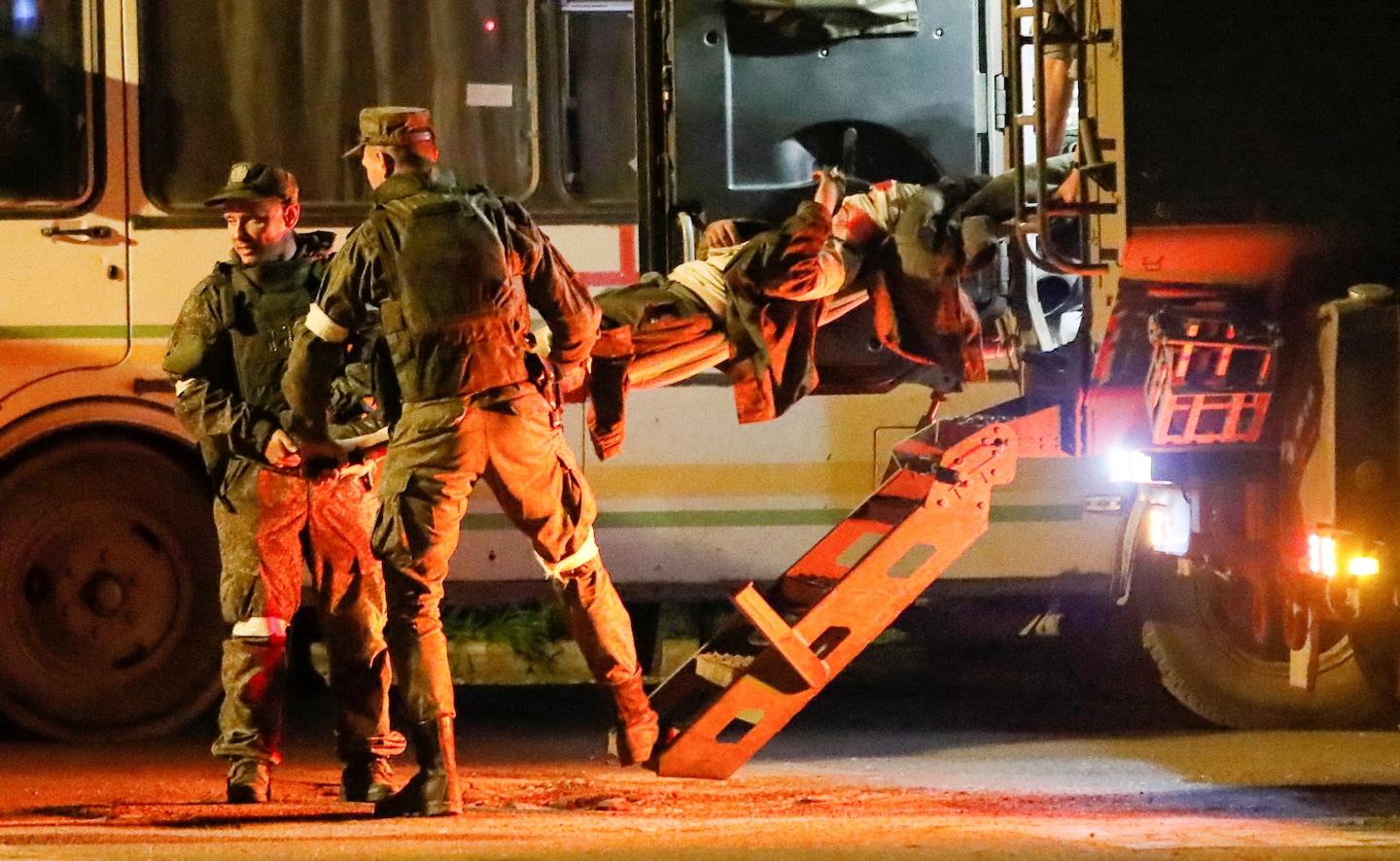 Ukrainian fighters have ended their weeks-long defense of a besieged steel plant in the strategic port city of Mariupol, as hundreds of fighters — dozens of them seriously wounded — were evacuated from the complex Monday.

“Ukraine needs Ukrainian heroes alive,” President Volodymyr Zelensky said in his nightly address, as the delicate evacuation continued. “We hope that we will be able to save the lives of our guys. Among them are the seriously wounded, they are being provided with medical aid.”

Mariupol’s Azovstal Iron and Steel Works and its network of underground tunnels have for weeks served as a shelter and final holdout for some 1,000 Ukrainian fighters, including many from the Azov Regiment, one of Ukraine’s most skilled — and controversial — military units.

Mariupol officials said in mid April as many as 1,000 civilians were also hiding in the subterranean network. They were trapped for weeks amid an intense Russian assault, before all women, children and elderly people were evacuated earlier this month. Those who made it to safety described the brutality of their long siege in the cold and fetid bunker, where they lived without sunlight and with food and water supplies dwindling.

The Russian bombardment of the Azovstal plant appears to have persisted through recent days. Videos posted to Telegram by pro-Russian and pro-Kyiv officials over the weekend showed white, brightly burning munitions raining down on the plant. The type of munitions couldn’t be independently verified but a British military expert told Reuters it looked like either an attack with phosphorus or incendiary weapons.

Ukrainian officials reached a cease-fire agreement with the Russian military on Monday, with dozens of buses were seen leaving the plant. The complex evacuation is being coordinated with the help of the United Nations and the International Committee of the Red Cross.

Ukraine’s deputy defense minister, Anna Malyar, said 53 seriously wounded soldiers were taken to a hospital in Novoazovsk, a nearby town which is controlled by Russian-backed separatists. Another 211 were transported to another Russian-aligned village, Olenivka, she said. Moscow and Kyiv are brokering a prisoner swap to secure their release.

Malyar said officials were still working to rescue the remaining soldiers, though it is unclear how many are still inside. Ukrainian authorities said last week there were nearly 1,000 holdout fighters in the plant.

The battle for Mariupol has been one of the war’s bloodiest and most high-profile. Russia laid waste to the southeastern Black Sea city, which had a fast-growing preinvasion population of about 450,000. Early on, Moscow’s forces surrounded Mariupol, cut it off from water and electricity and bombed it ceaselessly, reducing much of the city to rubble.

At the scene of Mariupol theater tragedy, Russia prepares for a parade

Losing Mariupol is a significant setback for Kyiv. It allows Russia to establish a vital land bridge between Crimea, the peninsula it annexed from Ukraine in 2014, with Russian-controlled territories in Ukraine’s east.

But Ukraine’s military leaders said its troops there kept the Russians at bay long enough to buy crucial time for forces fighting elsewhere. And Western officials noted that, bar Mariupol, Russia has failed to make significant gains in eastern Ukraine despite concentrating its resources there for weeks.

“We got the critically needed time to build reserves, regroup forces and get help from partners,” Ukraine’s military command said in a Monday update.

“Mariupol defenders are heroes of our time,” the command wrote. “They are forever in history.”

How Many Savings Accounts Should I Have? The Expert Truth