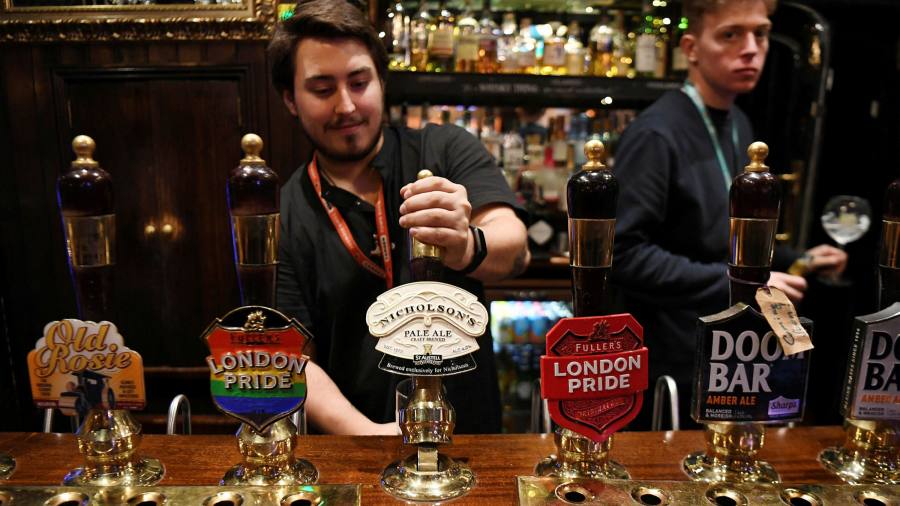 Two of the UK’s largest pub groups have warned that cost pressures are a “major challenge” to the industry and have forced them to axe discounts, reduce energy use and simplify their menus.

Mitchells & Butlers, the UK’s largest listed pub company, said on Wednesday that it expected costs for the full year to be up 11.5 per cent to roughly £2bn compared with 2019 and to rise 6 per cent again next year depending on the “high volatility” of energy prices.

Like rival group Marston’s, which operates 1,482 pubs, M&B said it was reducing energy use, had increased menu prices by 3 per cent and was working on “cost mitigating procurement strategies” as companies across the sector battle rising prices on all fronts, including food, labour and fuel bills.

“Ordinarily, with a company of our scale, if we have a food category where we see a product that spikes in price we can move to another product, but at the moment it is every category [that] is up,” said M&B chief executive Phil Urban.

Marston’s said it had cut the number of ingredients in dishes and increased prices on food and drink by 8 per cent, as well as phasing out a longstanding “two for one” food offer.

Marston’s chief executive Andrew Andrea said consumers had not yet been put off by price increases, adding that “you might have thought people would trade down . . . but people are still buying the same product”.

Hospitality businesses are acutely exposed to the barrage of price increases because of their reliance on ingredients that have been significantly affected by the war in Ukraine and their high energy requirements. Since reopening following the 2021 lockdowns, many have also faced severe staffing shortages as workers left the industry after almost two years of unstable shifts.

Some pubs have said their energy bills have risen by more than 300 per cent and that utility providers have refused to offer new contracts because the businesses are seen as too risky following the pandemic.

The cost increases have come as pubs try to encourage consumers to return following the outbreak of Covid-19. Both groups said that like-for-like sales — driven in part by price rises — had returned to near 2019 levels in recent weeks, but some customers such as older, single people had yet to return.

M&B said that total sales in the six months to April 9 were £1.16bn, 2.2 per cent below the same period in 2019, having recovered from a heavy hit to business from the Omicron variant during the normally lucrative Christmas period.