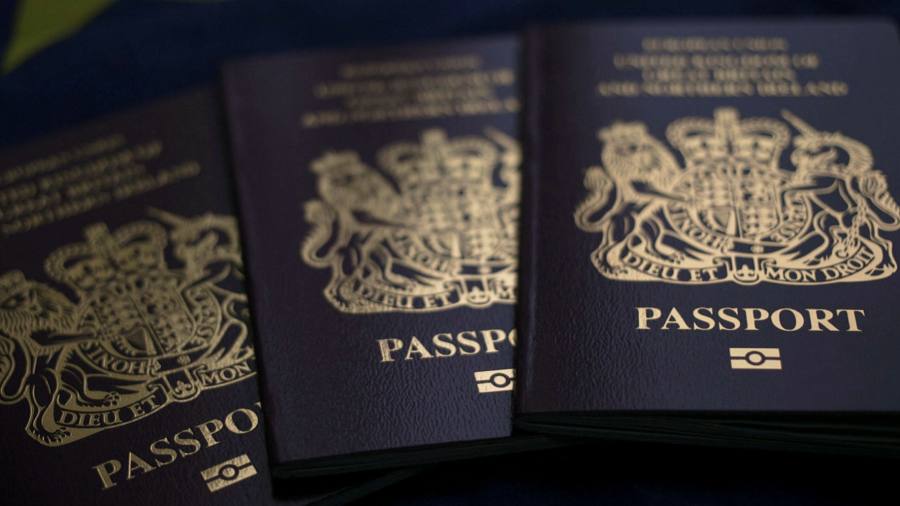 Boris Johnson has threatened to privatise public bodies including the Passport Office and the Driver and Vehicle Licensing Agency unless they sort out their major backlogs, he told a cabinet meeting on Tuesday.

The British prime minister said some public bodies had fallen victim to a “post-Covid mañana culture” with slower services than the public had a right to expect, officials said.

Johnson told ministers that if the situation did not improve he would consider other options, including privatisation, they added.

The intervention came after warnings that millions of holidaymakers face chaos this summer because of huge delays at the Passport Office to process passports. There has been a huge surge in demand after the lifting of Covid-19 restrictions this year because 5mn people delayed renewing their passports in 2020 and 2021 during the pandemic.

Grahame Morris, a Labour MP, told the House of Commons on Monday that families in his constituency had already lost holidays because the Passport Office had failed to meet its service standard times. “In telephone communications with the Passport Office, my staff and I have been misadvised and hung up on, and have received a series of broken promises,” he said.

Kevin Foster, immigration minister, replied that there had been a “virtually unprecedented surge in demand” and urged the public to submit their applications as fast as possible.

However, he said that the office had processed 1mn passports in the past month alone, with officials processing “treble or even quadruple” the previous weekly figure.

At the same time the DVLA has been dogged by a huge backlog because driving tests were halted for months following the imposition of social distancing measures during the pandemic.

The number of people taking their test dropped from about 1.6mn to 436,000 in 2020/21. That backlog has led to some learners waiting many months to take their tests.

Even now the DVLA is struggling to process applications from those with a medical condition, with many waiting longer than 10 weeks to find out if they can stay on the roads.

Chancellor Rishi Sunak will chair a meeting on Wednesday of the “efficiency and value for money committee”, which has been tasked with cutting £5.5bn of waste in government.

Jacob Rees-Mogg, a Cabinet Office minister, has written to cabinet ministers urging them to merge or close quangos — semi-public administrative bodies — to save taxpayers’ money as part of a broader public bodies review programme.

Johnson told ministers at a cabinet meeting on Tuesday that they could cut financial burdens on the general public by improving quangos’ efficiency.

Separately, ministers have been urged to emphasise the fact that some people are not claiming all of the financial support they are entitled to, for example tax-free childcare and pension credits.