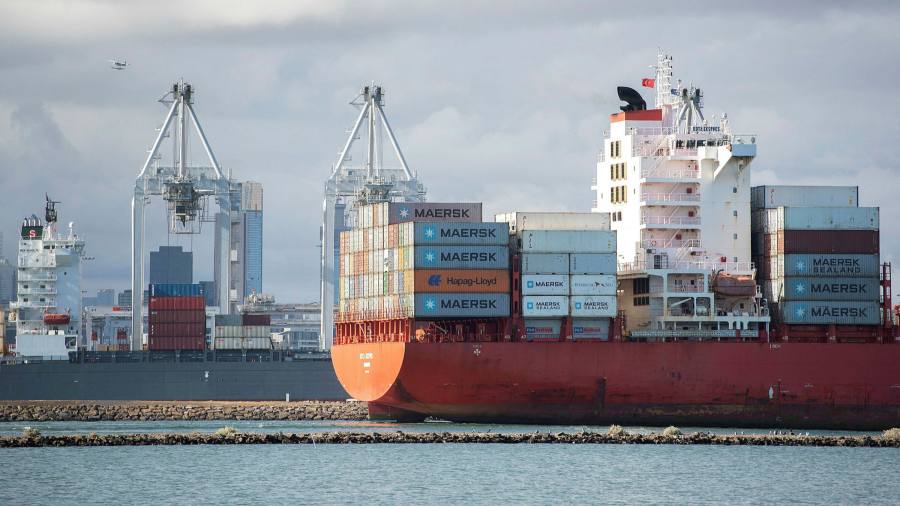 Boris Johnson is to mark the first anniversary of Britain leaving the EU — the world’s largest trading bloc — by formally applying to join a trade group in the Pacific.

Mr Johnson hopes Joe Biden, US president, will join the group too, opening a backdoor to closer UK/US trade ties as hopes of an early trade deal between London and Washington fade.

Critics claim that a trade deal with 11 countries on the other side of the world would bring limited economic benefit to the UK and see no prospect of Mr Biden being in any rush to join the group.

Mr Johnson said membership of the Comprehensive and Progressive Agreement for Trans-Pacific Partnership would prove that “one year after our departure from the EU we are forging new partnerships”.

“Applying to be the first new country to join the CPTPP demonstrates our ambition to do business on the best terms with our friends and partners all over the world and be an enthusiastic champion of global free trade.”

The CPTPP includes fast-growing economies including Mexico, Malaysia and Vietnam along with established regional economies such as Japan, Australia, New Zealand and Canada.

Liz Truss, UK trade secretary, will speak to ministers in Japan and New Zealand on Monday to request to join the CPTPP, with formal negotiations set to start this year.

Ms Truss believes membership of the partnership would boost trade which is already worth £111bn and has been growing by 8 per cent a year since the UK voted to leave the EU in 2016.

She believes it will liberalise digital trade, eliminate tariffs quicker on products such as whisky and cars and facilitate faster and simpler visa procedures for business people travelling to CPTPP countries.

British officials also hope a bigger prize could be to use the CPTPP as a way of building trade ties with the US, if the Biden administration chose to join the group.

“We’re hopeful the US shares our ambition to join CPTPP, which would mean closer trading ties via plurilateral means,” said one British official.

But the new US president has vowed to improve his own country’s economy before signing new trade deals and neither a UK/US trade deal nor membership of the CPTPP are seen as high priorities.

“President Biden has repeatedly said that the CPTPP would need to be renegotiated,” said one US administration official. “The administration is currently focused on domestic investment and economic growth that supports the American middle class.

“While we are taking a review of current and potential agreements with our partners, the administration is not immediately seeking to sign any new trade agreements before major investments are made at home in our middle class.”

Britain’s application to join a trade group in the Pacific while ending free trade with the EU — Brexit has spawned vast amounts of trade red tape and border controls — is one of the apparent paradoxes of UK trade policy.

Trade Secrets is the FT’s must-read daily briefing on the changing face of international trade and globalisation.

Sign up here to understand which countries, companies and technologies are shaping the new global economy.

Distance remains a key factor in trade. Even a recent UK trade deal with the huge economy of Japan — essentially a rollover of the existing EU/Japan deal — was deemed by a UK government study as likely to increase British GDP “in the long run by about 0.07 per cent”.

Another UK government study in 2018 suggested that trade deals with non-EU countries and blocs such as China, India, Australia, the Gulf countries of south-east Asia would only raise British GDP by a total of 0.1-0.4 per cent over the long term.

By contrast the economic consequences of Boris Johnson’s “Canada-style trade deal” were assessed by the UK Treasury as likely to cut almost 5 per cent from British GDP over the longer term.

David Henig, co-founder of the UK Trade Forum, said a Pacific deal would bring limited economic benefits to Britain and there was no guarantee that Ms Truss’s application would be accepted.

As with agricultural issues that bedevilled UK trade talks with the Trump administration, Britain’s food standards rules could also complicate CPTPP talks with countries like Australia and New Zealand.

But Mr Henig said in terms of trade policy, there was merit in Britain joining a group of “like minded” countries. He said that while the EU, US and China dominated trade policy, this group could be seen as “a club of the medium-sized”.

Google bets on the cloud breaking up