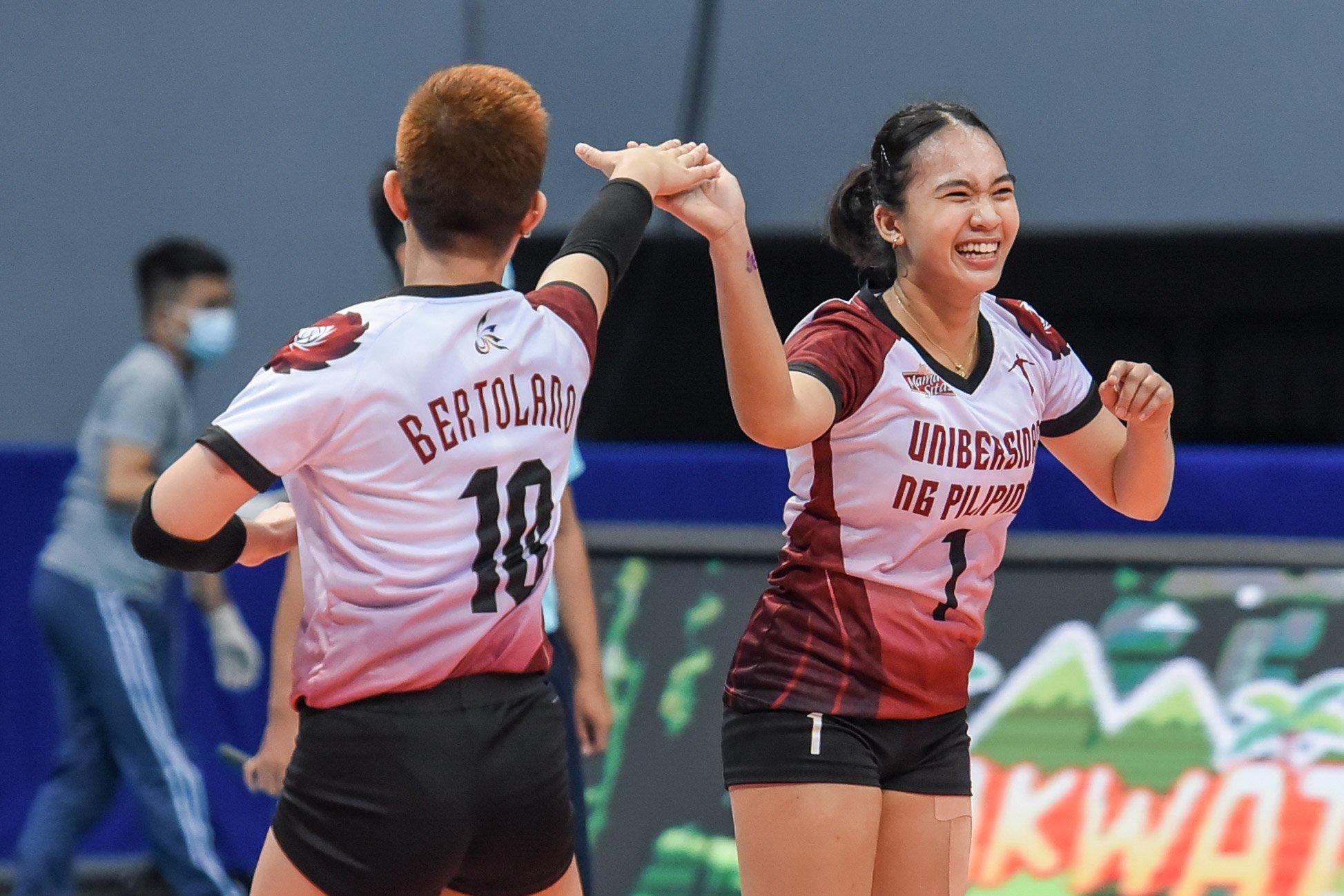 MANILA, Philippines–University of the Philippines broke a two-game losing skid after thrashing Far Eastern University, 25-10, 25-19, 25-7, on Thursday in the UAAP Season 84 women’s volleyball at Mall of Asia Arena.

The Fighting Maroons got the much-needed victory to stay in contention for the Final Four, hiking their record to 5-6. But to do that they will have to sweep all their three remaining games for the season.

Down and out, the Lady Tamaraws absorbed their eighth straight defeat to fall even further at 1-10.

The only time FEU showed a semblance of a fight was when it led, 18-17, in the second set. But it was more like a hiccup for UP which re-took the lead at 19-18 on FEU error and never looked back.

The Fighting Maroons quickly imposed their will, out-attacking their Lady Tamaraws, 17-6, in the opening frame and rode on that trend from then on.