UAAP volleyball: Eya Laure gets confidence back ahead of crucial stretch for UST 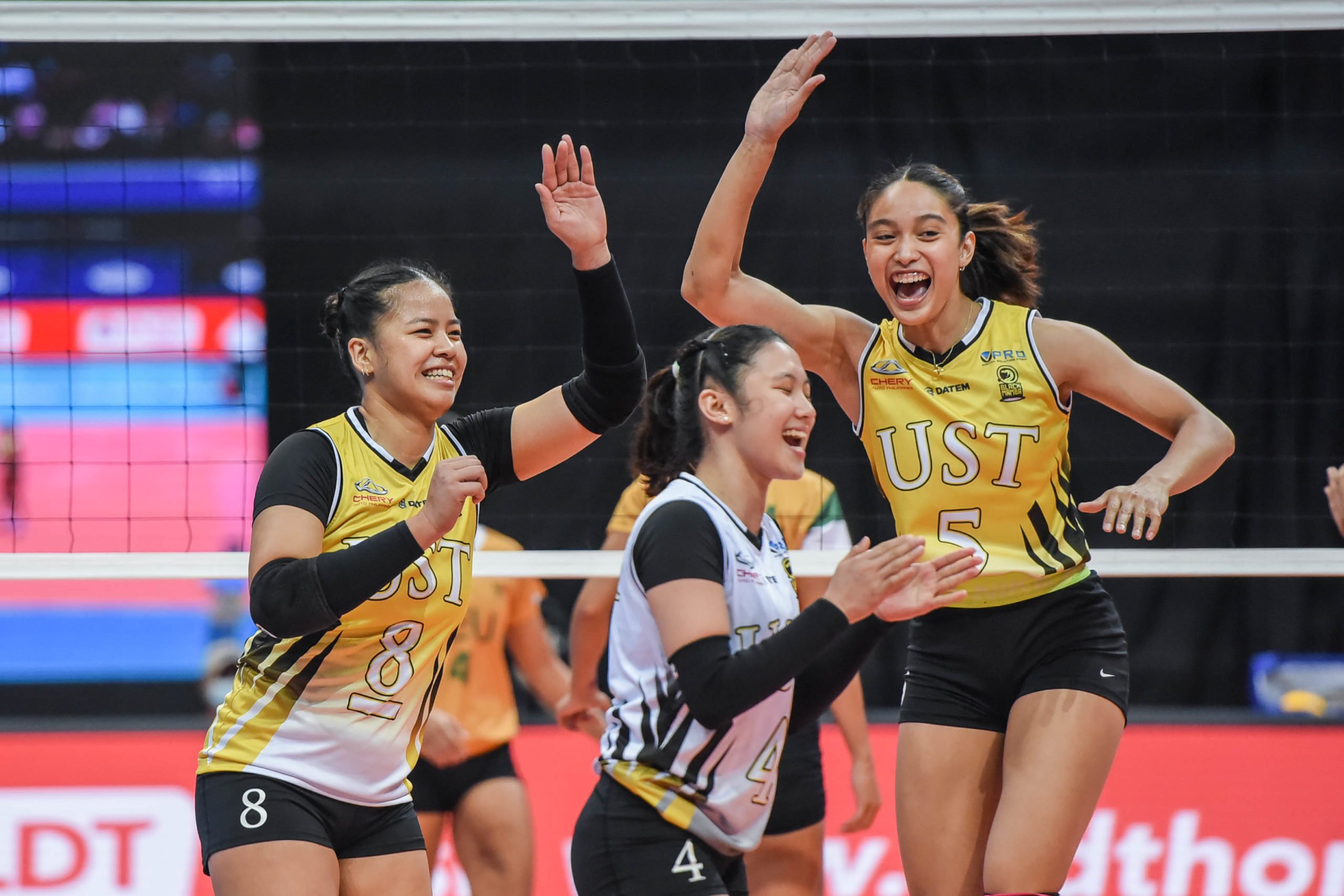 MANILA, Philippines — After being held down to her lowest scoring output in the league, Eya Laure proved that a bad game won’t define her character as she bounced back and ended University of Santo Tomas’ two-game skid in the UAAP Season 84 women’s volleyball tournament.

Coming off an inefficient eight-point outing in their four-set loss to La Salle two days ago, the league-leading scorer regained her scoring touch, delivering 19 points to lift UST past Far Eastern University, 25-23, 23-25, 25-15, 25-12, on Saturday at Mall of Asia Arena.

“That game will not define who I am. Because coach KungFu (Reyes) and coach Ian (Fernandez) built my character since high school,” said Laure in Filipino after UST secured at least a playoff for a Final Four after improving to 8-4.

“Coach KungFu made me realize that it wasn’t Eya Laure, who played in the past two games. But in this game, he reminded me to show the Eya they know and build it up for our remaining games.”

From hitting 8-of-60 in attacking in their previous loss, the former Rookie of the Year unloaded 18 attacks and an ace including a great defensive effort of 13 digs and 12 excellent receptions.

Laure regained her confidence from the UST coach’s reminder that this year, she is the leader of the young Tigresses squad.

“I told her we can’t miss her presence because this time, you are Eya and Sisi (Rondina),” said Reyes in Filipino. “Sometimes she forgets her capabilities and the capacity of what she can do all throughout.”

“I asked her to move on from the results of our past two games and not to overthink her teammates’ movements because sometimes her position gets affected when she wants to cover up the job of others,” he added.

Laure, who scored a total of 160 points in the first round, is grateful for her coach’s constant reminder.

“I always keep coach KungFu’s reminder in my mind and heart,” she said.

Laure was glad that the Tigresses were able to regain confidence and their winning ways after struggling in back-to-back games.

UST seeks to finish strong in its last two games of the elimination round, eyeing a Final Four berth against University of the East on Tuesday and trying to prevent the unbeaten National University from a sweep on Thursday next week.