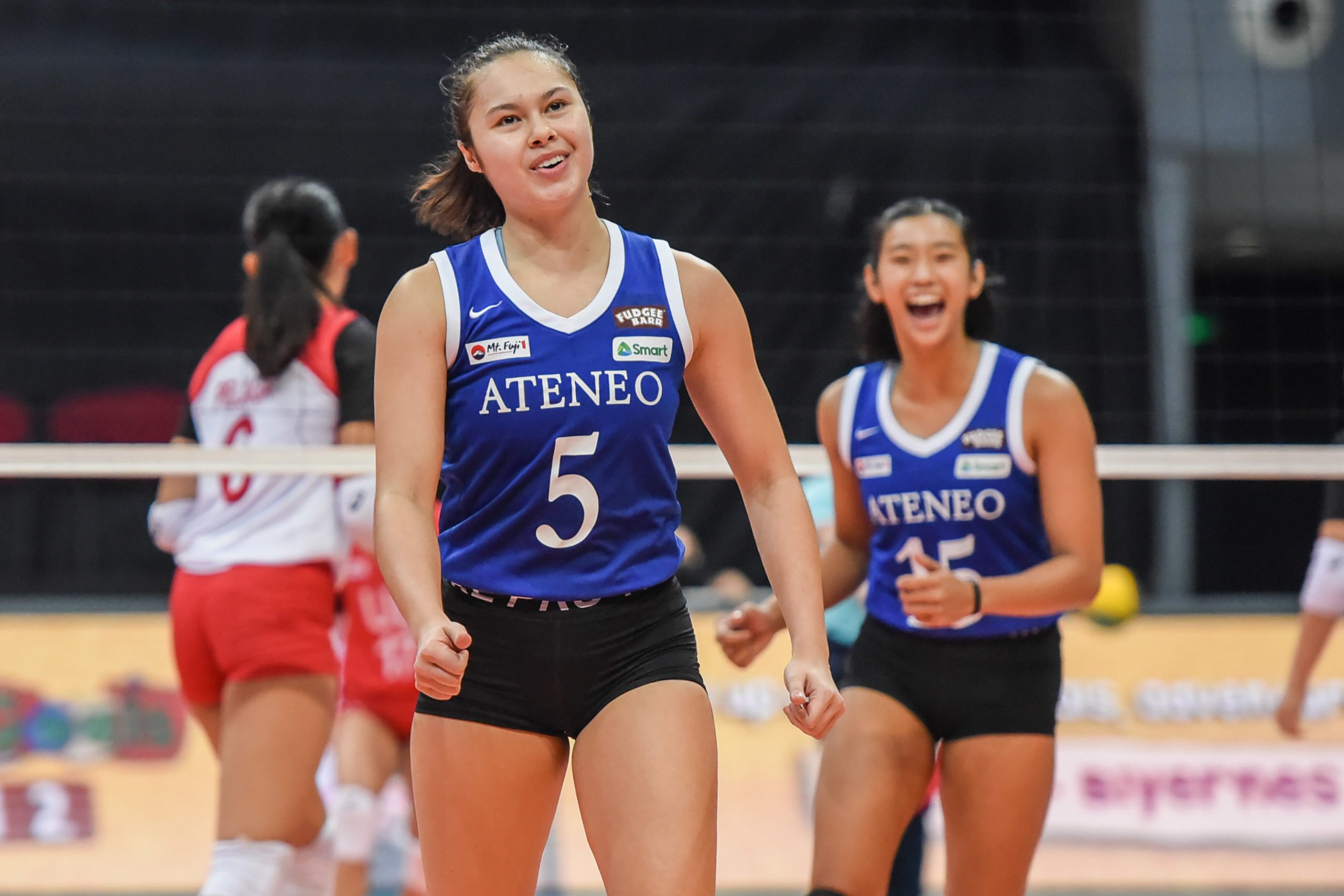 MANILA, Philippines — Vanie Gandler and the Ateneo Blue Eagles are determined to finish the eliminations strong to reach the Final Four round of the UAAP Season 82 women’s volleyball tournament.

After a lethargic first round where it started 0-3, Ateneo has been on a roll winning three of its last four games to stay in the Final Four hunt, tying Adamson in the No.4 seed with identical 6-5 records.

Gandler stepped up big time in the second round, averaging 13.25 points in the past four games that helped the defending champion in boosting its postseason chances.

For the 22-year-old spiker, all she wanted is to lead her team as one of the few remaining holdovers from the team’s Season 81 championship run in 2019z

“Like what coach always says, we just have to do our job, and right now, my focus is to do my job, and not really to do anything spectacular, but just to find a way to help my team and my teammates,” she said.

Ateneo coach Oliver Almadro lauded Gandler for being a selfless leader to her young teammates, also led by Faith Nisperos.

“She’s playing unselfishly.  She’s being a leader to the team and she’s doing it right all the time. All she wants is to do it right all the time,” said Almadro. “I’m happy because she’s stepping up and I hope, and I pray that she will be given more strength and courage.”

The Blue Eagles battle the Lady Falcons in a crucial Saturday match and will have a challenging final stretch of the elimination round against La Salle and University of the Philippines next week.

Gandler vows to “be in the moment” as they try to win their remaining games to reach the Final Four.

“We have to really work. We have to control what we can do now… We have to take it really one step at a time because we don’t know what the future holds. But we have control of it right now,“ she said.