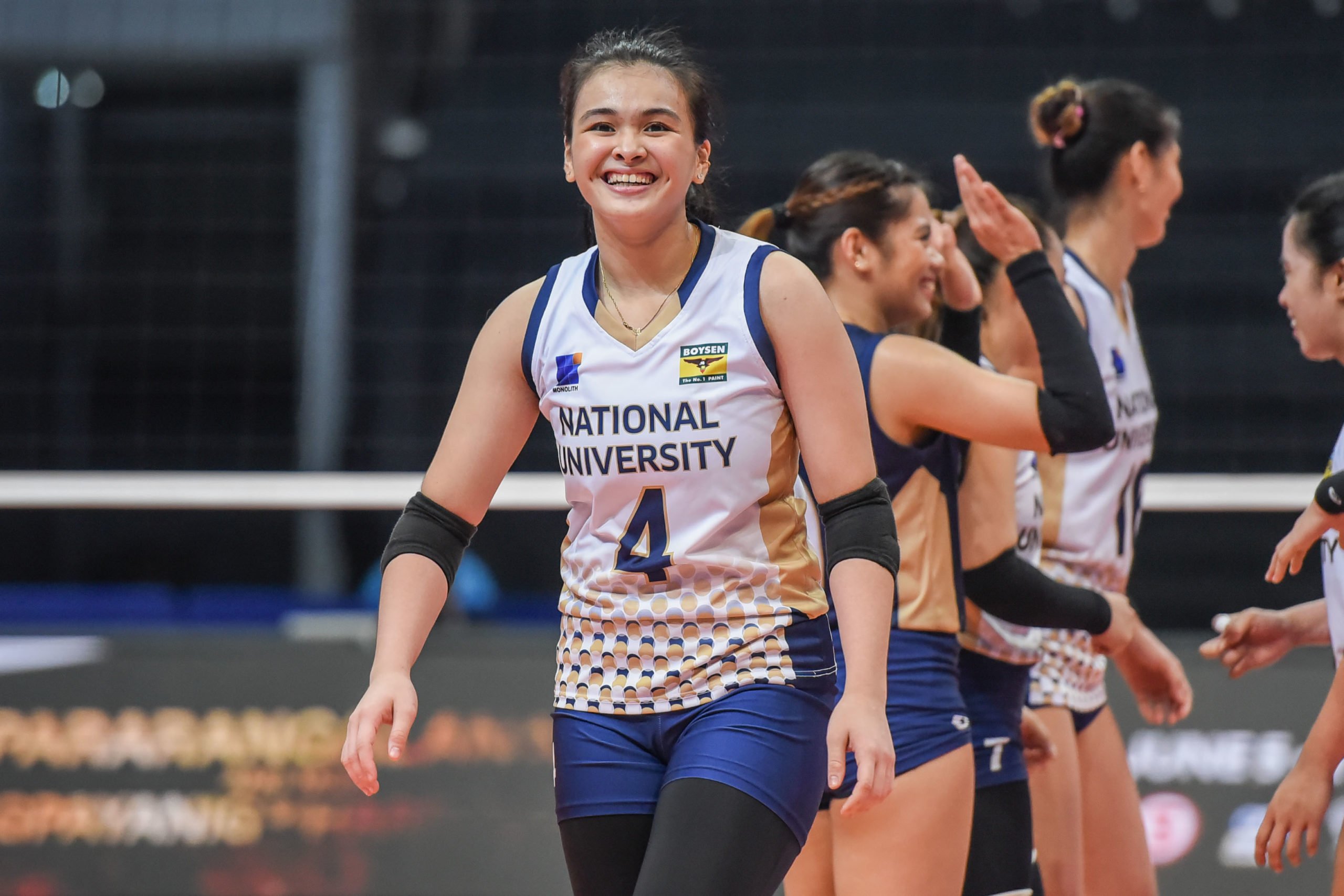 MANILA, Philippines — Bella Belen fired eight service aces as National University clinched the No.1 seed with a dominant 25-15, 25-10, 25-15 victory over University of the Philippines in the UAAP Season 84 women’s volleyball tournament on Saturday at Mall of Asia Arena.

Belen already tied the record early in the second set after nailing back-to-back aces for a 9-2 spread as NU finished with a total of 13 aces en route to a lopsided win after an hour and 26 minutes.

“I’m happy because I made up for my mistakes in service last game. In our training (prior to this game), we focused on service receive, which we lacked last game. We’re happy to apply it and lessen our errors in service,” said Belen referring to their four-set victory over Adamson last Thursday.

The former UAAP girl’s MVP showed the way with 16 points including eight attacks, helping NU to accomplish its first No.1 seed finish in the Final Four era with its 12th victory in as many games — two wins away from an outright finals spot.

No one from UP scored in double figures with Steph Bustrillo leading the way with nine as the Fighting Maroons also gave up 24 errors, falling on the brink of elimination with 5-7 record in the sixth place.